The 2nd edition presents performances, screenings and presentations specially devised by a group of international artists, filmmakers, cultural historians and theorists. Four days of events are complemented by an exhibition of contemporary art entitled 'A Blind Spot', the images in it preserve an openness and indeterminacy that precludes reducing them to a description or illustration of a specific reality. 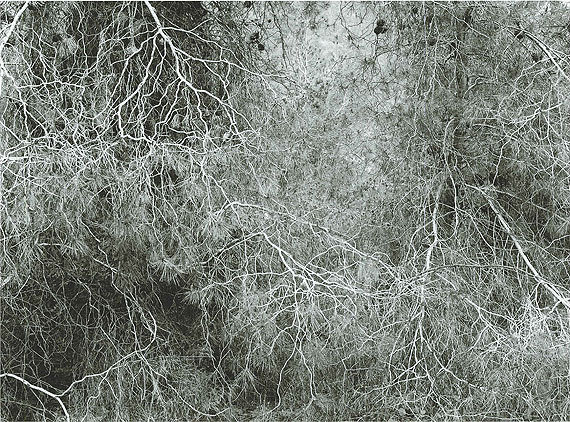 Berlin Documentary Forum is a biennial festival dedicated to documentary practices across a variety of disciplines.

The project seeks to explore the documentary as an art form capable of constructing and reshaping realities and histories. Encompassing cultural studies, philosophy, and diverse artistic practices, the festival accentuates the critical potential of documentary work and distinguishes it from today’s excessive production and distribution of visual documents.

New documentary practices are cross-disciplinary, dialectical and above all performative, regarding documentary as the staging of particular relationships between documents, authors and spectators. The second Berlin Documentary Forum sets out to present these new understandings of documentary in a program specially devised by international artists, filmmakers, cultural historians and theoretists. A group exhibition of contemporary art entitled “A Blind Spot” and the launch of an experimental online project, “issue zero”, complement the four days of events at Haus der Kulturen der Welt.

Drawing from material gathered by the New York police videographer known as Johnny Esposito, cultural theorist Sylvère Lotringer looks at the different ways death is resurfacing in Western culture. Theatre director Rabih Mroué presents a “non-academic lecture” about the role of mobile phones and social media in the Syrian revolts. Harun Farocki's screening program looks at hybrid forms that obscure the boundaries between the contingency of documentary and the control of feature films.

Mexico-based film programmer Eduardo Thomas and Kyoto-based urban planner Günter Nitschke present research in their respective fields on the Japanese concept of “ma”, a structuring absence which challenges such binary distinctions as space/time, inside/outside and emptiness/fullness. In a lecture entitled "Objectifiction", artist and theorist Hito Steyerl examines how 3D technologies affect our notions of space and material reality.

Filmmaker and theorist Florian Schneider reflects on the notion of cinematic continuity in relation to the historical continuity of colonialism and fascism. Filmmaker Eyal Sivan talks with cultural theorist Ella Shohat about the language and possibilities of montage in documentary work through the prism of Jean-Luc Godard’s films.

Among the many new pieces produced for the festival, artist Christine Meisner and composer William Tatge take the first Delta blues songs sung by black laborers to develop ideas of “abstract blues” in a video piece, here screened with a live concert by five musicians. Choreographer Eszter Salamon re-enacts interviews made with a woman from Southern Hungary who happens to share her name, revealing how personal hopes and desires transcend the stereotypes of class, age, geography and religion.

In this lecture Christopher Pinney, an anthropologist specialized in the visual culture of South Asia, looks at Joachim Koester’s work “Calcutta Served as a Basis for British Expansion in the East” (2005–07). Koester flags up topics occluded from official photographic histories of the city of Calcutta: its role in the illicit opium trade with China, and its trade in indigo dye. Both were controlled by the East India Company, an early Anglo-Saxon multinational corporation exercising military and administrative as well as trading power in India. Pinney’s political analysis of photography's “optical unconscious” is complemented by the more delirious, subjective approach of Thomas de Quincey, for whom opium was a “marvellous agent” able to reveal “secret inscriptions”.

Projected on either side of a screen, “DAYS, I See what I Saw and what I will See” is a two-channel video installation of a labor camp in the United Arab Emirates. Over the course of eleven days in 2011, Melik Ohanian laid camera tracks through the camp, shooting 100 meters day and night. Once edited into a continuous track, the video shows the whole camp in 42 minutes. One side of the specially constructed screen shows night, the other day.