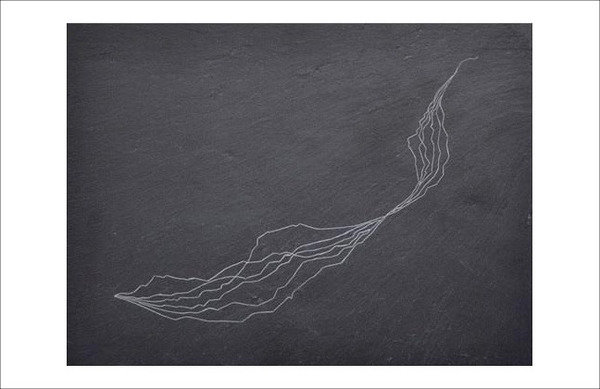 On June 4th at 6.30 pm The Doppelgaenger Gallery (Bari) opens up with the personal exhibition of Giovanni Ozzola, an artist in his early thirties from Florence. He already has a CV rich in awards and exhibitions in Italy and worldwide, from Amsterdam to Tokyo, from London to Beijing.

Bari with its eternal-maternal embrace of the sea, with which Giovanni Ozzola seems to have a deep bond, is pleased to welcome Castaway Depot with subtitle 41° 7' 31'' N 16° 52' 0'' E - in a sentimental mood geographic coordinates of the city. Ozzola's creations have always told the story of light, time and horizon, themes that are constantly handled with an aesthetic richness in symbols and mysticism, but poor of "mathematics, in fact he is proud to assert his nature as an "instinctive artist".

The works of art that Ozzola plans to exhibit in the very first act of Doppelgaenger Gallery, are several and very different in shape. The common denominator in his works is exploration. Navigation, exploration, travelling are complex actions through which man, facing his ancestral fears, can place himself into space and time. This paves the way for further research to get to know ourselves. On the 92 slate stones forming a single work of art the routes of the most famous sailors and explorers have been engraved: from Columbus to Magellan, from Zheng He to Charles Darwin. Maps without any geographic reference where the journey - leaving for a destination and then coming back - becomes more important than the place itself.

In Giovanni Ozzola there is a strong desire of dealing with places never seen before, going through the unknown, being castaway, all of which are stages of a conscious journey. The conclusion of this exhibition is represented by a series of photos representing the horizon, the umpteenth of a relentless series and result of the last stay of the artist in Bari. Nothing more than an empty space, in front of the Adriatic Coast, whose image can generate a particular sense of giddiness and the diluting becomes the start and the conclusion of the knowledge path. The empty space feeds Joyce's stream of consciousness that is the art of Giovanni Ozzola and is steadily translated into images through the most various significant media.

In the already extensive artistic production of Ozzola, who is used to test the huge opportunities given by photography and video-art, slate engravings represent an overall innovation. This is the first time the artist puts himself against an idea that, insofar as evident, seems to be stitched on the place which is hosting it: on one side Bari and its indissoluble tie with the sea; on the other Palazzo Verrone, with its façade that various eras have changed into a wonderful architectural hybrid. The sea, time and their common flowing, indissoluble tie between men and their nature as explorers of the world and themselves.