A major exhibition of work by Ron Galella, pioneer of paparazzi photography; he redefined the relationship between celebrity and photographer. "Light of Other Days": the Swiss duo Taiyo Onorato & Nico Krebs provides intelligent and often ironic commentary on the history of photography, the nature of photos, and the role of the photographer. 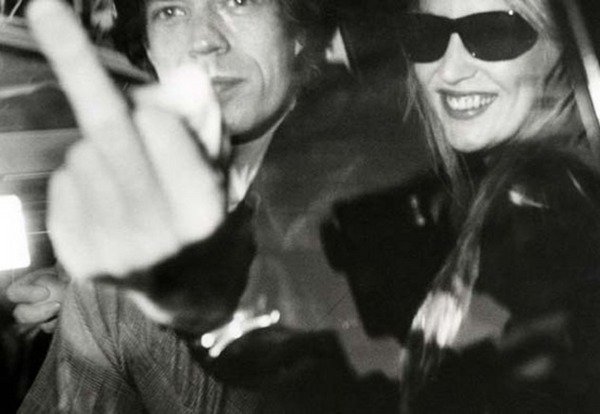 "My idea of a good picture is one that's in focus and of a famous person doing something infamous. That's why my favorite photographer is Ron Galella". (Andy Warhol)

Ron Galella (1931, The Bronx, New York) started his career in the US Air Force. After returning from Korea he attended the Art Center College of Design in Los Angeles and graduated in 1958 as photo journalist. In his spare time he started photographing stars attending premières. This became his true passion.

Galella typically doesn't view his 'victim' through his lens; in order to really make contact, he looks right into the star's eyes. He is also lightening fast, the essence of what he calls the 'Art of Paparazzi'. By the time the stars have told him 'no', he can often do what they have asked - in the meantime, he's already taken two photos. Galella's method is seldom without humour. Following a confrontation with Marlon Brando he bought a helmet with the words 'Paparazzi Ron'.

October 1971 was an important date in Galella's career. It was a month in which he frequently photographed Jacqueline Kennedy Onassis. After encountering the photographer for the umpteenth time, the widow of assassinated US President John F. Kennedy and wife, at that time, of shipping magnate Ari Onassis took off running into New York's Central Park. This photo of her on the run has become a 'Jackie icon'. Galella's Jackie-obsession ended with his arrest and a notorious court case that revolved around the question of how far a photographer could intrude on the privacy of a celebrity. For some, however, the photos of Jackie Onassis also provided considerable inspiration, such as for Tom Ford, former designer at fashion house Gucci.

Although Galella did not invent the term paparazzi (Italian for 'buzzing mosquito'), he is the personification of the word. He redefined the relationship between celebrity and photographer. Jackie Onassis clearly dreaded the cheeky photographer, but other stars were glad to see him or were resigned to his presence. They realised that Ron Galella was a crucial link in stars' popularity, satisfying the general public's voyeurism and stimulating magazine sales.

The Swiss duo Taiyo Onorato & Nico Krebs (1979) are viewed by many as one of the most promising teams in contemporary photography. Since 2003 the pair have worked together on a variety of projects on the cutting edge of photography, sculpture and installation art. Their work provides intelligent and often ironic commentary on the history of photography, the nature of photos, how cameras operate and the role of the photographer. Few subjects remain untouched in their complex yet highly accessible work where reality collides with fiction and humour converges with seriousness. This summer Foam will be the first museum in the Netherlands to organise an exhibition of work by Onorato & Krebs, consisting of a unique presentation of new work and objects from their previous projects.

Tayio Onorato and Nico Krebs became acquainted during their studies at the Zurich University of the Arts. Typical of their oeuvre is the interplay with the two-dimensional character of photography. They carefully construct their photos as sculptors do, moulding them until the final result is perfect - often paired with a subtle feeling for humour. This playful approach was developed during their studies, in reaction to the influential but strict and rigid documentary style of the Dusseldorf School of Photography.

The Light of Other Days exhibition comprises both spatial and two-dimensional work. The principal ingredients are dozens of photos created by placing a sheet of a photosensitive paper directly in front of a camera. The light then falls on the paper instead of a negative and an instant image is created. Manipulation would seem to be impossible - the image gives an accurate reproduction of the subject. But fact and fiction are seldom unambiguous with Onorato & Krebs. With references to camera obscuras and photograms, they create their own complete universe in which object and representation clash with each other.

Not only do Onorato & Krebs experiment with photographic processes but with the camera itself. Anything could ultimately function as a camera, couldn't it? The title As Long as It Photographs It Must Be a Camera is thereby thought-provoking. In this project they worked with cameras they made themselves. These 'Do it yourself' cameras are presented in the exhibition space as sculptures in their own right. A turtle shell is thus transformed into a camera (slow-photography?), as well as a stack of photo history books - it is as if we are looking through the eyes of our predecessors.

Many of Onorato & Krebs' projects reflect their vast knowledge of photography and photo history. Their big breakthrough followed the publication of the book The Great Unreal (2009) in which they mixed the cliché of the great American landscape with the way in which countless photographers have depicted it. Onorato & Krebs also took the nearly obligatory 'American road trip', but ended with a commentary on fact and fiction in photography that was both intelligent and absurdist.

Since completing university, Onorato & Krebs have had exhibitions in places including the Kunsthalle Mainz, Germany, in 2011; Museum im Bellpark in Kriens, Switzerland, in 2010; Kunsthaus Aargau in Aurau, Switzerland in 2009; and PS1 MoMA in New York in 2006. They have also participated in group shows such as PhotoIreland Dublin and the Bundeskunsthalle in Bonn in 2011, Fotohof Salzburg, the Kunsthalle Munchen in Munich and the Kunstraum Düsseldorf in 2010, and Fotomuseum Winterthur, Switzerland, in 2009. Their work is included in various collections in Switzerland, including Fotomuseum Winterthur. A portfolio by the duo will be published In Foam Magazine #31 Ref. Onorato & Krebs live and work in Zurich and Berlin.

With the support of the Swiss Arts Council Pro Helvetia.