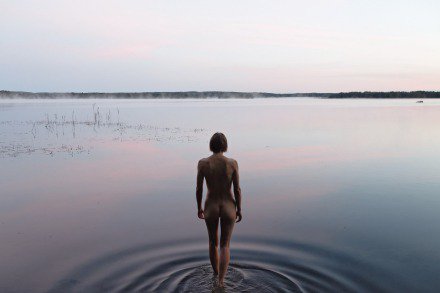 Every two years, as part of the Summer of Photography, BOZAR invites around 30 partners in Belgium to work together on a collective photography festival. The theme of the 2012 edition is landscape photography. In relation to fine art, photography initially served as a model for painting; over time the discipline has grown to become a medium in its own right, with its own landscape practices.

Central to the programme is the exhibition Sense of Place: European Landscape Photography being held at the Centre for Fine Arts. With around 160 pieces by 40 European photographers, the exhibition paints a picture of the diversity of national and regional landscapes within the European Union. The exhibition simultaneously focuses on the similarities and differences across Europe, both in the landscapes and in the attitude of people towards those landscapes. The works are divided into three main areas within Europe: North, Central, and South. Curator Liz Wells, Professor in Photographic Culture at Plymouth University, selected works by young talents as well as by internationally renowned photographers such as Andreas Gursky (Germany), Elina Brotherus (Finland), Massimo Vitali (Italy), Olafur Eliasson (Denmark), Chrystel Lebas (France), Joan Fontcuberta (Spain), Pedro Cabrita Reis (Portugal), and Carl De Keyzer (Belgium). Through their pictures, they each provide a personal vision of the landscapes of their homeland.

Sense of Place is built around three key themes. The first of these is the concept of the national landscape, situated within the wider context of Europe. National and regional identities arise historically in part from a common relationship within a region and from the degree of dependence on that place. With its diversity of climate, agriculture, population density, and natural resources, Europe is characterized by enormously varied landscapes geologically, agriculturally and sociologically.
The exhibition explores ways in which cultural differences persist despite the political and economic unity that now exists across national boundaries. The second theme has its roots in the wider debate surrounding the aesthetics of landscape photography and the concept of “place”. Places gain significance through the stories that are told about them and through the manner in which they are represented. How does contemporary photography contribute to forming perceptions of our environment? The third and final theme suggests more philosophical approaches to the relationship between people and nature. Nowadays, many areas of Europe are highly urbanized, marked by legacies of Western industrialism and by the office, service and retail centres that characterize the post-industrial economy. We may have a less immediate relationship to the natural environment than our predecessors, yet images of nature continue to affect us spiritually and to influence and inspire our sense of identity, personally, nationally and regionally.

When they hear the term “landscape” many people still think first of an idyllic unspoiled nature, a utopian place of calm and relaxation. Chrystel Lebas (France) documents the effects of movement of light at a lake over a 24 hour period. Per Bak Jensen’s photos are almost meditative images of the waterfalls, coastlines, and forests of his native Denmark. Amongst other subjects, Irene Kung (Italy) portrays olive trees, typical of the Italian countryside. The Breughelian landscapes of Alexander Gronsky (Latvia) or the quasi-stereotypical pictures of Irish country life by Jackie Nickerson seem almost to come from another era. Nature thus becomes almost a part of our heritage. Ilkka Halso (Finland) goes even further, showing digitally manipulated photos of fictional “nature museums”. Gerry Johansson (Sweden) presents a series of black and white photos including the village where he was born, which has since become a protected nature reserve. For him, taking photographs means documenting what remains. Likewise, Theodoros Tempos (Greece) explores a former fishing area. Mysterious, mist-covered places appear in the work of Peter Kostrun (Slovenia). Did he leave out what was not lyrical enough?

In reality, landscapes are often hugely influenced by human activity. The impressive photos of densely populated beaches by Massimo Vitali (Italy) are an allegory of contemporary mass culture. Economic progress also has a strong influence on the appearance of a landscape. As Thomas Weinberger (Germany) and Maros Krivy (Slovakia) both suggest, heavy industrialisation suppresses nature under cables, motorways, and industrial estates. In the Beaufortain region of the French Alps, a gigantic hydropower plant looms large, recorded by Céline Glanet. But the economic tide can also turn. Anthony Haughey shows how the Irish crisis changed the Irish landscape into an unfinished, overgrown building site. The area within a 150 km radius of Madrid, recorded by Gerardo Custance, provides an equally disturbing picture as does Arion Gábor Kudász’s portrait of his native Hungary.

Landscapes carry their history with them; they show political scars and signs of unrest. Marianna Christofides reminds us that Cyprus remains a divided nation. Bart Michiels (Belgium) subtly explores the effects of major battles in the history of the modern landscape with pictures of Bastogne and Passchendaele. Flo Kasearu (Estonia) places black dots on politically sensitive spots, thereby giving meaning to the landscape. Vesselina Nikolaeva portrays nature on the border of Bulgaria and Turkey – a frightening no man’s land. Jem Southam points out the similarities between the chalk cliffs along the coastlines of Great Britain and France, referring to the geological and, later, political division of the continent. Andreas Müller-Pohle lets himself be swept away by the Danube, the river that links the Black Forest to the Black Sea, and therefore a symbol of the tensions between Eastern and Western Europe. In contrast, Rhein II by Andreas Gursky (Germany) suggests a bucolic version of one of Europe’s busiest shipping routes, which flows from North to South.

Reproducing a landscape also means speaking the language of aesthetics. Joan Fontcuberta (Spain) references landscapes in Dali’s paintings. Andreas Gursky edits his landscapes so drastically that they almost become abstract works. Olafur Eliasson, with his series of wide, outstretched horizons, and Gerco de Ruijter, whose photos of the over cultivated Dutch landscape are reminiscent of Mondrian, could also both be compared to abstract art. Elina Brotherus (Finland) then takes us back to the romantic.

Overview of the photographers in the exhibition:

Sponsor: Nikon Belux, Milo-Profi Fotografie
Support: Brussels Hoofdstedelijk Gewest | Région de Bruxelles-Capitale, Cultural Service of the Polish Embassy of Belgium
Sense of Place is the main exhibition of the photography biennial Summer of Photography 2012 and is part of the off-program of Visual Arts Flanders (www.visualartsflanders.be)