The project of Asa Elzen takes its point of departure in the feminist theorist Mary Wollstonecraft's travelogue Letters written during a short residence in Sweden, Norway and Denmark from 1796. Marja Ruta is presenting an ongoing reconstruction of her own family, which from a human perspective also coveys a story about the contemporary history of North East Europe that still is hidden to some extent. Marina Naprushkina, Self#governing, a solidariyproject within the 7. Berlin Biennale. 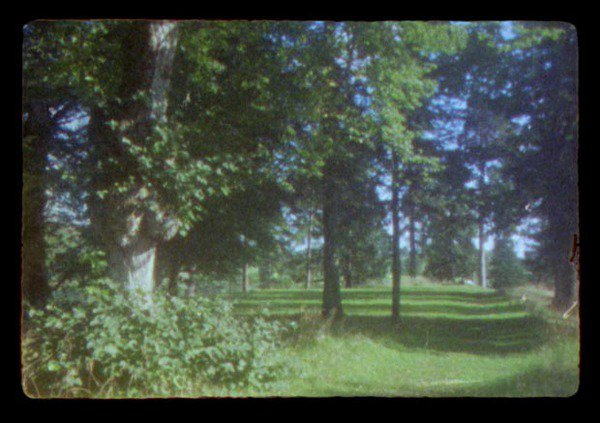 The project takes its point of departure in the feminist theorist Mary Wollstonecraft’s (1759-1797) travelogue Letters written during a short residence in Sweden, Norway and Denmark from 1796. The book is written in epistolary form during Wollstonecraft’s journey in Scandinavia the summer of 1795. A few years earlier she had published A Vindication of the Rights of Woman, by many considered to be the founding text of Western feminism.

A reading of Wollstonecraft’s travelogue and a “re-tracing” of her journey – physically, but primarily through the many biographies written about Wollstonecraft – are the starting points for a project that deals with alternative history, questions the hegemony of chronology and suggests a less linear and more explosive relationship to the past. Rather than trying to find more information about Mary Wollstonecraft, Åsa Elzén has focused on the anachronisms, the misreadings and the gaps in this history, as well as on the history writer’s own nostalgic, self-absorbed desire in the creation of her own coherent past.

Who Fooled Whom? is a text piece in book form, that in chronological order cites 28 different accounts pertaining to the actual reason for Wollstonecraft’s journey in Scandinavia 1795 – her search for a ship with a silver cargo, and her possible involvement in a smuggling affair regarding this silver. During the 217 years that have passed, different theories have been put forth but the case is still not solved and the silver is still missing. The first citation is from Wollstonecraft’s own travelogue, where the silver ship is not mentioned at all, but can be sensed in her strong critique of commercialism that runs through the book.

It becomes evident that most biographers have chosen to concentrate on the unhappy love affair that Wollstonecraft was involved in during the trip, rather than bring to the fore Wollstonecraft’s critique of capitalism that can be read between the lines in surviving love letters. Other authors concentrate only on the Silver Ship, a story that came to live its own life in Norway, where for a long time divers searched for its silver treasure on the bottom of the sea. In 1893, a local historian in Norway chose to exclude Wollstonecraft’s name in the story of the silver ship and it wasn’t until 1972 that the two stories were brought back together again.

In the video The Glade I, a voice-over describes how Wollstonecraft engraved her name with a diamond on the glass windowpane of a small hut standing in a glade by Bogstad Estate outside Oslo. The hut was demolished in the 1850s and the only still existing image of the hut is engraved in glass, on the so called Bogstad Goblet from the 1760s. The glade is still there today and functions in the video as an empty stage where two different versions of the past are played out. Wollstonecraft and the hut are both operating as anachronisms in the stories that take place in different temporalities, but support diametrically opposing interests.

The Glade II is a glass goblet that resembles the Bogstad Goblet that is mentioned but not shown in the video. The goblet functions as a historical reconstruction/falsification and paraphrases the original goblet with its boastful engraving of the Bogstad Estate and a greeting of welcome. The new goblet has no property engraved but an empty glade and a quote from Wollstonecraft.

Marja Ruta was born in 1942 in Sortavala, in finnish Karelen (which now is a part of Russia) in a military hospital at the front towards Soviet Union. The artist is presenting an ongoing reconstruction of her own family, which from a human perspective also coveys a story about the contemporary history of North East Europe that still is hidden to some extent. The search of her own family history is combined with actual historical facts in regards to the Finnish Continuation war 1941 – 1944.

The family had to flee to Sweden as a consequence of the war. The confrontation with the Swedish welfare system probably worked well from material perspectives, but also had an excluding effect. This, in combination with a silence within the family about the past, created a void of uncertainty, in which the artist grew up. The mechanisms of exclusion within the Swedish society are still palpable today.