A groupshow that brings together some 25 young, emerging and established artists from the gallery's programme and from the international scene. They work in all media and they were invited to take part on the basis of instinctive, personal choice. 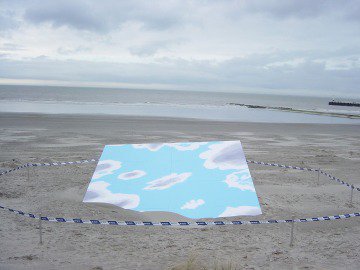 “Re-opening” is a groupshow with which Deweer gallery opens its doors after a thorough renovation and rebuilding of the entire gallery. But it’s not only that. “Re-opening” is also meant as our personal, artistic statement. It brings together some 25 young, emerging and established artists from the Deweer gallery’s programme and from the international scene. The artists who haven’t been shown at Deweer gallery sofar – most of them haven’t even been shown in Belgium, are simply people we’ve discovered in recent years and who’s work fascinates us endlessly. They work in all media and they were invited to take part on the basis of instinctive, personal choice. Yet, as our work on the show was evolving, we noticed that our choices weren’t that random after all. It seemed as if some interests that have characterized the gallery’s history from the beginning, left a ‘mark’ on this show too. Once we had realized this aspect, we elaborated it and divided “Re-opening” into three chapters. Each chapter takes up one of the three exhibition halls we now have at our disposal, and two of them are curated entities.

In the newly built exhibition hall, Room I, and in the adjacent lobby, new or rarely shown works by a number of individual positions form the first chapter of “Re-opening”.
Both Michaël Aerts and Stephan Balkenhol made new sculptural works for this exhibition. We present two works by Sergey Bratkov from his seminal project “Ukrania”, a series in which Bratkov portrays his native country in his typically ironical and surrealist style. Jan Fabre is represented by a series of “thought models”, some of which refer to the concept of our permanent installation, and all of which have been shown and published in “Kijkdozen en Denkmodellen”, the catalogue from the eponymous show at the Flemish Parliament in 2006. Each model is now accompanied by a drawing from the eighties that was never shown before.
We selected several important works by Günther Förg, including a rare series on lead and a painting that featured in “Günther Förg. Malerei”, a crucial show that stimulated the reception and recognition of Förg’s work in the Low Lands and Germany in 1991. The show also features three new paintings by Tatjana Gerhard, and Melissa Gordon is introduced with two new paintings from her series “Structures for Viewing”. Based on his obsession with the rendition of child victims and the link with baroque iconography, Enrique Marty made the sculpture “Pablito”. Benjamin Moravec has recently started to experiment with paintings integrated into spatial installations; we show the first installation that resulted from it. Panamarenko’s “Ijsvogel” is one of the very few large sculptures still to be seen outside private and institutional collections. Also in the lobby is a group of drawings by Jorinde Voigt, whose poetical and innovative work was never shown in any Belgian gallery. Another première for Belgium is the work of Yehudit Sasportas, who shows new drawings from a body of work she created for her upcoming solo at the Israel Museum in Jerusalem. And last but not least, Norbert Witzgall, whose installation “Quod lizbeth” we’ve shown at the latest ArtBrussels, continues to explore the possibilities of the portrait and created several new paintings.

Room II, the renovated hall downstairs, hosts the second chapter of the show: “New Thing”, a groupshow on contemporary sculpture. The use and the re-interpretation of the object is one of the dominant shifts within contemporary sculptural practice and mentality. In a way, the object – along with its associations - has become the primary material. In an attempt to describe an increasingly complex world, artists seem to try to reinvent sculptural language by making use of objects - clusters of materials, forms and their associations in their own right - which enable them to expand their vocabulary dramatically. While we can clearly see this evolution, we can only guess what the outcome of this will be. But it seems that the line between sculptural and other practices has been blurred, and that the prevailing form in sculpture has become essentially installational.
This show adresses this evolution through a diverse range of mentalities and approaches, featuring works by Nina Beier & Marie Lund, Monica Bonvicini, Kasia Fudakowski, Stefaan Dheedene, Simon Dybbroe Moller, and Andy Wauman.

The third and final chapter of “Re-opening” is the groupshow in Room III, the hall upstairs: “Happy people have no stories”. The show elaborates on narration - literary or personal – as a generating principle. Works by artists who use autobiographical content, tales or personal mythology and with whom Deweer gallery’s programme is associated, like Panamarenko and Ilya Kabakov, are confronted with works by newly introduced artists like Athanasios Argianas, Keren Cytter , Matthew Lutz-Kinoy, Gerda Scheepers and Alexandre Singh.

A two-volume catalogue will be available.