A new body of paintings. The re-imagining, quotation and appropriation of languages and structures drawn from the histories of modernism has been a central and recurring strand of his work of the past 25 years. 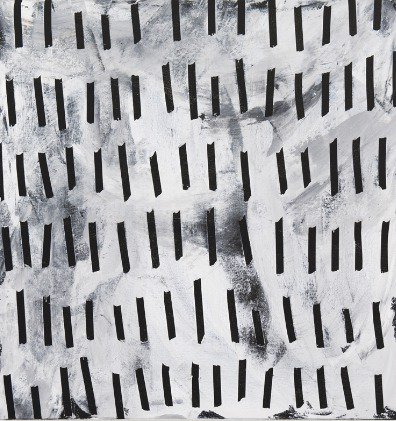 Simon Lee Gallery is proud to announce a solo exhibition of new work by Heimo Zobernig, the gallery’s second with the artist.

The re-imagining, quotation and appropriation of languages and structures drawn from the histories of modernism has been a central and recurring strand of Zobernig’s work of the past 25 years. Moving nimbly between painting, sculpture, work in installation and video, architectural intervention and performance, Zobernig has made reference to a plethora of movements in modern art, including abstraction, constructivism, minimalism, post minimalism and conceptual art. His paintings specifically have drawn on the formal languages developed by Piet Mondrian and Blinky Palermo, Ad Reinhardt and Yves Klein, as well as the monochrome project associated with artists such as Josef Albers.

The precise nature of the relationship of the works Zobernig makes to their antecedents and referents is elusive. His touch is light, poised between reverence and irony, but committing to neither. It is in this uncertain space between his works and the modernist imperatives from which they stem, that the meanings of Zobernig’s project emerge. What his work seems to do above all is to re-direct our gaze, whether from the regularity of the painted grid onto the snaking lines which fracture it, or onto the gallery fittings and fixtures which might articulate one of his architectural interventions. All is concerned with making the invisible visible, bringing the overlooked into plain sight. What defines his economy of means is that the very marks and diversions which subvert the language of his originals are made of the same stuff as their antecedents. The snaking line which interrupts the grid is painted not in freehand but on a taped and masked canvas.

For this exhibition Zobernig will present a new body of paintings, all dated 2012, in which he turns his attention to the work of Picasso. Inspired by the 2010/11 Picasso exhibition for the Kunsthaus Zurich, which took place concurrently with Zobernig’s own exhibition at the Kunsthalle in the same city, this series of works makes reference to a group of paintings by Picasso. The quotations are sometimes immediately apparent, at other times looser and more abstract. All the works combine Zobernig’s own characteristic painterly language – with its acknowledgement of the materiality of its substance and the traces of its process – with a coded and re-imagined reference to the simplicity, directness and freedom of Picasso’s line. The Kunsthaus exhibition was itself a re-creation of a seminal exhibition of Picasso’s work staged at the museum in 1932. In drawing on this source Zobernig seems to be commenting on the inevitable debt that post-modernism owes to its modernist antecedents, on the inevitable failure of Pound’s modernist dictum ‘making it new’, while at the same time doing exactly that.

Heimo Zobernig was born in Austria in 1958, and currently lives and works in Vienna. He studied at the Akademie der bildenden Künste, Wien from 1977-1980, and at the Hochschule fur Angewandte Kunst, Wien from 1980-1983. He has exhibited extensively across the world, with recent exhibitions at the Kunsthalle Zurich and the Essl Museum, Vienna (2011) at the Centre Pompidou in Paris, the Fundação Calouste Gulbenkian in Lisbon, and CAPC, Musée d’art Contemporain, Bordeaux (2009) and Tate St Ives (2008).