Aural Contract. An ongoing research project that examines the politics of listening by focusing on the role of the voice in law. It evolves further with the production of an audio documentary entitled 'The Whole Truth' and a set of maps titled 'Conflicted Phonemes'. 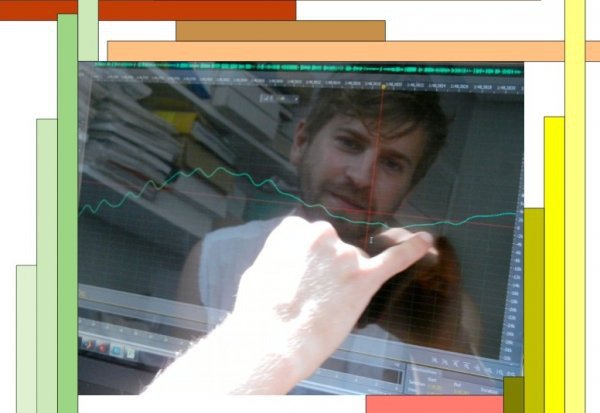 "Will it still be a fair hearing when nobody is listening?"

‘Aural Contract’ is an ongoing research project by artist Lawrence Abu Hamdan that examines the politics of listening by focusing on the role of the voice in law. Commissioned by Casco, the project evolves further with the production of an audio documentary entitled ‘The Whole Truth’ and a set of maps titled ‘Conflicted Phonemes’. Both question the changing role of testimony in the face of new immigration policies, emerging technologies and sciences.

INSTALLATION AND ARCHIVE
At Casco, these two works form an installation that also includes a new – “voice activated” – version of the project’s extensive audio archive. This archive contains audio extracts of Abu Hamdan’s past works and particular moments of juridical listening and speaking gathered from a wide range of sources such as the trials of Saddam Hussein and Judas Priest, UK police evidence tapes, films like Decoder and readings from texts including Italo Calvino’s ‘A King Listens’. The presentation features a high-end Bosch audio system that is also used in the International Criminal Court in The Hague. Just as the law requires you to speak and vocally testify, so does ‘Aural Contract: The Whole Truth’, while it also involves you in an active listening process.

THE WHOLE TRUTH
The trigger for the audio documentary ‘The Whole Truth’ is the current application of voice analysis as a lie detection method recently piloted by European, Russian and Israeli governments as well as being employed in border agencies and insurance companies all over the world. This technology uses the voice as a kind of stethoscope, an instrument to measure internal bodily responses to stress and tension; a material channel that allows the law’s listening to bypass speech and delve deeper into the body of its subjects.

The documentary, which experiments with the conventions of radio, consists of a collection of interviews with software developers, anthropologists and entrepreneurs of the biometric industry, from the Netherlands, USA and elsewhere. To the listeners, it offers a fresh look into how truth is constituted, to whom truth matters and who can use it; it complicates the current conventions of testimony and its relationship to trauma, free speech, technology and the body. Listen to "The Whole Truth' trailer here

CONFLICTED PHONEMES
‘Conflicted Phonemes’, another new work, takes its cue from Abu Hamdan’s previous audio documentary ‘The Freedom of Speech Itself’. The latter explored the use of accent test for identifying immigrants’ place of origin through their accents. The accents of Somali asylum seekers in the Netherlands have been a target of this type of voice analysis. In collaboration with Somali communities across the Netherlands and with support from Stichting LOS (Landelijk Ongedocumenteerden Steunpunt) and de Taalstudio, ‘Conflicted Phonemes’ reveals the questionable nature of this technique by presenting a set of alternative maps of Somalia, showing a multiplicity of languages and singularized accents. This piece also includes testimonies of migratory journeys and the voice tests the contributors underwent.

EVENTS
The press conference and official launching of the ‘Conflicted Phonemes’ map is scheduled to take place in November 2012.

A special group tour to the International Criminal Court in The Hague, and occasional guided tours to the exhibition by the artist and the Casco team are organized.

During ‘Aural Contract: The Whole Truth’, you can temporarily hire Casco’s space for special discussions or gatherings.

CREDITS
Lawrence Abu Hamdan has been developing ‘Aural Contract’ since 2010 as a commission by The Showroom, London, and as part of his PhD research at the Centre for Research Architecture at Goldsmiths College, London.

Casco and Lawrence Abu Hamdan would like to thank Bosch for providing the audio equipment. Also thanks to various partnerships including Vrede van Utrecht, Stichting LOS, de Taal Studio for their support and knowledge sharing.

Special thanks to: Rian Ederveen, Friso van Wiersum, Janna Ullrich, Maaike Verrips, Janina Pigaht, and all the contributors who shared their voices in and for this project.

This project is made possible with the generous support of Gemeente Utrecht, Mondriaan Fonds, and Fentener van Vlissingen Fonds.

Image: This is what truth looks like, 2012. Photograph. Design: Colophon.info.

Opening event: 12 October 2012, 18h00
Come and listen to the first broadcast of the audio documentary ‘The Whole Truth’. With responses by artist Paul Elliman, Bald de Vries, Department of Legal Theory, Faculty of Law, Utrecht University and Lejo Siepe, independent journalist, amongst others. Coinciding with the Week of Human Rights 2012 in Utrecht.