The retrospective exhibition of Jussi Aalto's unveils various stages of the photographer's career from the 1960s to the present day. His early work comprises black-and-white portraits and reportage photography. David Goberman presents 'Stone garden' with images from the collection of the Petersburg Judaica Centre. 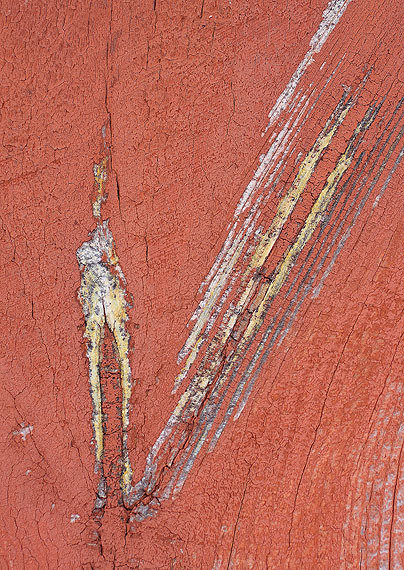 The retrospective exhibition of Jussi Aalto’s (Finland) work at ROSPHOTO unveils various stages of the photographer’s career from the 1960s to the present day. His early work comprises black-and-white portraits obviously influenced by August Sander, Irving Penn and Richard Avedon who Aalto himself refers to as his “heroes”. Beside portraits, Jussi Aalto was also keen on documentary images that he created in line with the tradition of reportage photography.

Later, as Aalto took up colour photography, he created numerous portraits imbued with original specificity of Finnish culture. He captures very different individuals, from simple country boys and townspeople to important politicians, famous actors and musicians. In Jussi Aalto’s work an image of Finland is put together of snapshots of his contemporaries’ lives, and is solidified by the series picturing sculptures that introduces a historical dimension.

For a while (1969-1970) I was an assistant editor of the Kameralehti and was one of the four original photography teachers at the University of Industrial Arts, when it started in 1973. I was teaching mainly the history of photography and portrait photography. My first private exhibition (1973) was about snapshots, the next one (1977) about portraits, and these two braches were main subjects of my exhibitions till 1990s.

In the 1970s I was working mainly for fashion and lifestyle magazines, but in the 1980s gradually turned to advertising photography. The 1990s depression had big impact on advertising, and my company went bankrupt in 1996. In 2002 I finally lost my studio. In spite of financial problems I held smaller exhibitions on various themes in the 1990s and in 2002 two big retrospective exhibitions. The first one covered my themes since the 1960s to the present day. The second one was dedicated to portrait photography. Some of these themes along with new material are presented at ROSPHOTO.

In 1978 in Arles I participated in a Japanese photography workshop led by Shoji Ueda and Ikko Narahara. What I learned then about traditional Japanese concept of time and space, fascinated me. I think it shows also in many of my photographs, but I’m not the right person to make such conclusions.

On November 28, 2008 I joined the Blipfoto community and from that day I have taken and sent a photo to the site every day. These Blipfotos serve me as “finger rehearsals” to keep my sensitivity for more important projects. But it has also helped me to seek and find beauty in everyday objects. And in those blips there are many buds to new themes, which will eventually develop into more important projects”.

David Goberman
Stone garden. From the collection of the Petersburg Judaica Centre

David Goberman (1912-2003), outstanding artist and remarkable art critic, was the youngest son in the numerous family of the Russian avant-garde. His biography is almost “classical”. He received his studies at cheder and at the Academy of Arts. A student of Nikolay Tyrsa, a friend of Natan Altman and Anatoliy Kaplan, Goberman spiritually belonged to the early 1930s, when Russian art was still trying to remain part of the European art scene.

Since his student years Goberman was interested in folk art that formed part of his teachers’ creed. Neverthelesss, his professional studies of folk art started not earlier than late 1940s, when the official Soviet art forbade, destroyed and trampled upon everything that was true and alive. At that time folk art became for artists what literary translation became for poets. Goberman collected, studied, published and popularized folk art and architecture of Moldova and the Ukrainian Carpathians. He was the first one to thoroughly study and popularize the Kosiv ceramics, true gem of the Ukrainian folk art.

Starting in the 1950s, during his travels across Ukraine and Moldova, David Goberman photographed carved tombstones on the old Jewish cemeteries. He captured thousands of monuments most of which were later destroyed. This is how he described it:

“During my studies of Ukrainan and Moldovan folk art, I found myself in an area of high concentration of remarkable Jewish monuments. Enthusiastically, I captured in sketches and photographs these reliefs in their unique plasticity of forms. In this way I obtained extremely valuable material on tombstones which had withstood the war but later were barbarously destroyed by the regime possessed with hatred towards human religious and moral sense. I grew fond of these cemeteries. Equipped with camera, I dodged between tombstones. I was watching the sun movement, patiently waiting for its vivifying ray to touch a relief or rushing to already lit carved images. It seemed that each of them was coming out of non-existence and that aroused excitement of a discovery”.(D. Goberman. Artist about himself. St. Petersburg, Litera, 1998.)

Goberman ushered in the studies on Jewish carved tombstones. But his perception of these monuments was artistic in its greater part. He was never tired to rejoice at the works of folk masters. To him, tombstones were subject not only to scientific, but also to artistic cognition. In this sense, Goberman inherited traditions of N. Altman, L. Lissitzky, I.-D. Rybak, S. Yudovin. Part of his graphic works created after the motifs of tombstone reliefs, is dedicated to dedicated to the carved tombstones from old cemeteries.

Goberman’s photographs are not merely photographic recordings of monuments, most of which nowadays are gone, but original and important pieces of art. Goberman not only printed but also retouched every single picture he made. Essentially, it is an original print that should be considered a finished one. Nowadays, Goberman’s photo archive dedicated to Jewish tombstones is located at Petersburg Judaica Centre. It holds several thousands of the author’s photographs from the 1950s and 1960s.

Tombstone photographs were published in four albums. In 2000 a large exhibition of Goberman’s works named Carved Memories was presented at the Brooklyn Museum of Art. Nevertheless, St. Petersburg audience is yet not well acquainted with this kind of folk art as well as with the artist who captured it.

In 2012 Petersburg Judaica Centre held a series of exhibitions to celebrate the artist’s 100th anniversary, each of them covering another part of David Goberman’s artistic heritage. An exhibition presented at ROSPHOTO is an important part of this program.