While continuing in this tradition, this 18th edition will also bring a fundamental addition. A prize of 1,000 GBP will be given to the People's Choice, determined by the artist who receives the most votes. 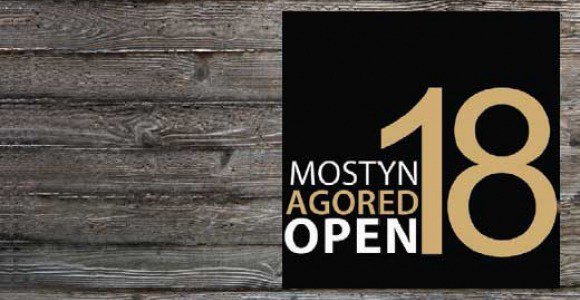 Selected by:
Alfredo Cramerotti, Director of MOSTYN; Adam Carr, Curator of MOSTYN; Ryan Gander, artist; and the visiting audience, for the People's Choice.

Since its inception in 1989, MOSTYN Open has functioned as a call-out to artists of any age and residing place to enter, with an exhibition of the selected artworks taking place at MOSTYN, and a prize of 10,000 GBP awarded to a single artist or collective.

While continuing in this tradition, this 18th edition will also bring a fundamental addition. A prize of 1,000 GBP will be given to the People's Choice, determined by the artist who receives the most votes from the visiting public during the exhibition's run. In doing so, the questions that are raised, and central to this renewed edition, are: How do we examine and judge artwork? What criteria do we bring to perceiving, interpreting and understanding artwork? What really makes our favourite? Visitors are invited to make their selection at the People's Choice voting booth.

In April 2013 MOSTYN will open a major group exhibition titled YOU, curated by Adam Carr and featuring the work of five international artists: Felix Gonzalez-Torres, Aurélien Froment, Jeppe Hein, Julius Koller and Rivane Neuenschwander. YOU will engage you in ways that you may not be accustomed to in relation to your experience of artworks and exhibitions to date. The first exhibition of MOSTYN's new programme, YOU will make close connections with you, the viewer.

Also in April 2013, MOSTYN will open GALLERY6. Its programme, titled Uprisings, will present solo exhibitions by young and emerging artists, all of whom are yet to have a solo exhibition in a public institution in the UK. Four Uprisings will occur per year, with the first by Alek O. Further Uprisings will be announced in the future.