From Manet to Kippenberger. The exhibition is dedicated to outstanding works and groups of works that artists produced in the very last phase of their creativity and which, each in its very own way, mark the end of an artist's life's work. On show Bas Jan Ader, Stan Brakhage, Giorgio de Chirico, Walker Evans, Alexej von Jawlensky, Georgia O'Keeffe... 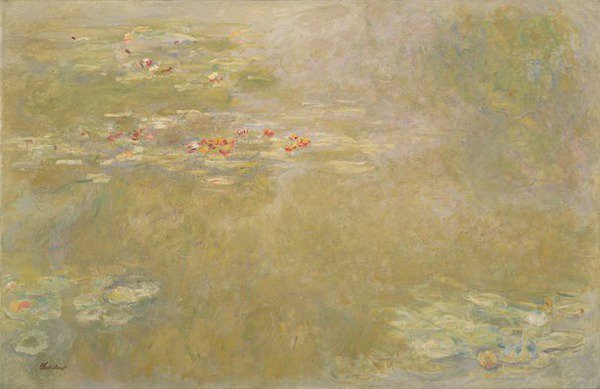 From February 28 to June 2, 2013, the Schirn Kunsthalle Frankfurt presents a lavish thematic show titled “Last Works. From Manet to Kippenberger” which comprises about one hundred exhibits. Outstanding works and groups of works dating from the late nineteenth century to the present strikingly demonstrate the final intensification or even surprising turn within an artist’s oeuvre. The exhibition centers on works by fourteen artists such as Claude Monet and Henri Matisse, who produced a late work that has received acclaim in the meantime, or Martin Kippenberger and Bas Jan Ader, who, when they died young, left us an almost unknown “late work.” Thematically framed confrontations in seven consecutive rooms assemble works by artists from Willem de Kooning, Alexej von Jawlensky, Georgia O’Keeffe, and Andy Warhol to Francis Picabia or Ad Reinhardt and, in doing so, offer sometimes surprising views of the selected artists’ oeuvres.

“The subject of ‘late works’ has only rarely been in the focus of exhibitions to date,” says Max Hollein, Director of the Schirn. “Presenting a large number of emblematic late works – including spectacular loans by such artists as Monet and Warhol – our choice guarantees surprising and atmospheric dialogues and will certainly be an early highlight of the exhibition year 2013.” “Presenting groups of related works, the show deliberately concentrates on a number of selected positions. It is not devoted to late works in the classical sense, but rather centers on such aspects as “a new beginning in old age, “variation and repetition,” or “the last picture” in order to elucidate as many facets as possible by confronting two artists at a time. We found it important to establish such dialogues to open up the thematic field beyond the individual oeuvre despite the uniqueness of each artist’s personal end,” Esther Schlicht, the curator of the exhibition, emphasizes.

Art history has discussed the concept of the “late work” almost exclusively in regard to an extant so-called late or mature style. The Schirn’s group exhibition, however, highlights the specific nature of how an individual oeuvre comes to a close. Many of the shown works are characterized by an increase in intensity, a radicalization, or a reorientation resulting from physical restrictions. Yet the facets of the presented artists’ final phases of production also speak of a newly won freedom, of enhanced creativity, and of a return to the very beginnings of a career and span to an extended play with aspects of chance, repetition, and, finally, an explicit aesthetic inquiry into the issue of the “last work.”.

The presentation at the Schirn is not chronologically structured. Its thematically oriented confrontations are rather aimed at opening up a fascinating, sometimes unexpected dialogue between two artists: Édouard Manet’s flower still lifes, for example, on which the artist worked in 1882/83 until only a few weeks before his early death, and Claude Monet’s famous water lily pictures appear to be related to each other only at a quick first glance. Manet’s rare flower paintings, a concentrated selection of which will be on display in the exhibition, were not conceived as a coherent group of works and have been hardly read as a series to this day. The fresh, positive-minded paintings are private testimony to the premature discontinuation of an extraordinary production. The late water lily pictures Monet worked on from about 1914 onward mark a turn to the public and a clear change in style toward a radical painterly dissolution. The then seventy-year-old painter’s final great challenge was criticized by the contemporary public and only later recognized as the visionary completion of a unique creative path. It is exactly the contrast between the two positions from which the confrontation of the two artists’ last paintings dedicated to flower motifs derives its astonishing appeal: expansion and an almost complete abstraction meet with extreme concentration and portrait-like intimacy.

The context shared by Henri Matisse’s and Willem de Kooning’s works juxtaposed in the show may be described as that of an increased eagerness to experiment in later years. Whereas Matisse, due to illness, came to rely on the papiers découpés technique in the 1940s, de Kooning, one of the most important representatives of Abstract Expressionism, reinvented himself as a painter, so to speak, in the 1980s. The two artists’ late works, which are legend today, mark a clear caesura, a late awakening, a new beginning. Initially strongly disputed and even critically judged within the artist’s own circle, Matisse’s cut-outs are celebrated as the final culmination of his production today. De Kooning’s late works numbered among the achievements most strongly contested by critics and art historians for a long time, not least because the artist, who suffered from Alzheimer’s in his last creative years, was regarded as a case of diminished responsibility. The exhibition confronts some of de Kooning’s extremely reduced, abstract, almost drawing-like paintings from 1985 to 1987 with a selection of examples from Matisse’s famous artist’s book Jazz.

The last creative phase of Alexej von Jawlensky, who was born in 1864, shows an increase in productivity in the awareness of the approaching end of life. Nearly paralyzed, the Russian artist, exerting himself to the utmost, produced about one thousand small-format pictures between 1934 and 1937 – works known to us under the name Meditations. In the Schirn, a condensed selection of these oil paintings meets with a singular work by the experimental US filmmaker Stan Brakhage. For his last film, Chinese Series, Brakhage scratched sign-like forms into a black filmstrip with his fingernails shortly before his death in 2003 after he had softened its emulsion with saliva. Already weakened by his long illness, the filmmaker could engage in these elementary activities in a lying position. Like Jawlensky’s Meditations, Chinese Series strikes us through its existential urgency and has proved to be a visionary forerunner of new ideas in the field of art.

Both Georgia O’Keeffe and Walker Evans showed themselves open to astonishing subjects and new languages of forms in their last phases of production. Their late works presented in the Schirn rank among the artists’ still less known works. The eighty-year-old Georgia O’Keeffe’s pictures of skies and clouds mirror her new experience of flying in the 1960s, adding a fascinating dimension to the oeuvre of the artist who would lose her sight soon after. Seen against the background of his canonized oeuvre, the works of the then almost seventy-year-old Evans produced after the photographer had purchased a new type of Polaroid camera in 1973 are a special surprise. Within only a few months, Evans took several thousand instant color photographs that radiate an impressive freshness and spontaneity which testify to an almost youthful eagerness to experiment.

Visitors of the Schirn exhibition will find last works by Giorgio de Chirico and Andy Warhol assembled next to each other under the title “Variation and Repetition.” A selection of pictures from the Italian artist’s very last creative years stands for his still contested late oeuvre. In a kind of soliloquy, de Chirico returned to subjects of his early years in the late 1960s and 1970s, modifying and recombining them in seemingly endless variations. In doing so, he sometimes arrived at absurdly magnificent solutions. The technique of repetition, which was something that was per se central to Andy Warhol’s production, also informed his “last pictures,” the cycle The Last Supper. One of the monumental (more than eight meters wide) pictures from this substantial group of works from 1986 based on Leonardo da Vinci’s The Last Supper will be shown for the first time in Europe again after fifteen years. That exactly the icon of Christ taking leave in the company of his followers would become Warhol’s provocative legacy is, however, rather due to an irony of history, as it were.

The German painter Martin Kippenberger seems to have dedicated himself to his impending inescapable end in his last works. After the shock of being diagnosed with cancer, the then forty- three-year old artist created the sad and pathetic as well as playful series of pictures titled “Jacqueline. The paintings Pablo couldn’t paint anymore.” By supposedly carrying on Pablo Picasso’s work, Kippenberger tried to overcome the notion of his unpreventable death and dared to anticipate his own afterlife in a way. Kippenberger’s pictures will be juxtaposed with a little known group of works from the last creative years of the French artist Francis Picabia. The minimalism and intentionally “bad” painting of his so-called dot pictures were regarded as a straightforward provocation when the works were presented in Paris in 1949 for the first time. Picabia, with this radical group of works taking up the thread of his Dadaist beginnings, once more raised the fundamental issue about the death or survival of painting as a final statement toward the end of his life against the background of the postwar years’ informal painting.

Almost like no other, the Dutch conceptual and performance artist Bas Jan Ader incorporates the tragic dimension of a fatal end. He planned to cross the Atlantic in a one-man sailing boat in 1975 as the second part of his work “In Search of the Miraculous.” Though the wreck of the pocket cruiser was recovered in April 1976, there was no trace of Ader. This voyage of no return made the artist a mythical hero and triggered a questionable discussion about the meaning of his failure, which was interpreted as an artistic act by part of the art world. The auspices under which the American artist and art theorist Ad Reinhardt created his veritably absolute “last work” were completely different. He dedicated himself exclusively to his so-called Black Paintings during his last six creative years from 1960 to 1966. He tried to reach the rock bottom of painting, a point beyond all contents and intentions, with these mysterious black squares. These paintings mark not only the end of Reinhardt’s own production as an artist, but also the apsis of a profound aesthetic investigation into the issue of the “last picture.”

The exhibition “Last Works. From Monet to Kippenberger” is sponsored by Friends of the Schirn Kunsthalle e. V.