A group show in both its Chelsea and Bushwick locations. The works included in the exhibition engage a concern shared by the four artists in examining the nature of memory and the shaping of collective and individual histories. 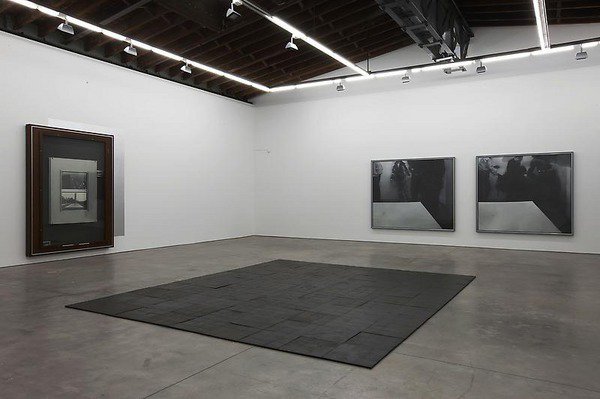 Luhring Augustine is pleased to present a group exhibition in both its Chelsea and Bushwick locations featuring Charles Atlas, Johannes Kahrs, Reinhard Mucha, and Rachel Whiteread. Works by each artist will be on view in both venues. The works included in the exhibition engage a concern shared by the four artists in examining the nature of memory and the shaping of collective and individual histories.

Charles Atlas (St. Louis, Missouri, 1949) has been a pioneering figure in film and video for over four decades. He has consistently fostered collaborative relationships, working with such artists as Leigh Bowery, Marina Abramović, Yvonne Rainer, Antony and the Johnsons, and Merce Cunningham, for whom he served as in-house videographer from the early 1970s through 1983. Through his documentary work, video portraits, “media dance” pieces, and live multimedia performances he has chronicled the development of the dance and performance of his time while forging new territory in a far-reaching range of genres, stylistic approaches, and techniques.

Johannes Kahrs (Bremen, Germany, 1965) creates evocative and haunting paintings and drawings which he begins by referencing images taken from the news, the entertainment industry, and advertising. Altering tones and gradations and blurring the contours of his subjects, he reinterprets the original image to create a fictional narrative quite separate from his sources, and to investigate the manner in which images are circulated and consumed.

Reinhard Mucha (Düsseldorf, Germany, 1950) synthesizes found materials and constructed vitrines made with materials such as wood, felt, and glass to examine “the museum as a site, a place where attention is focused, the art object rarefied, value conferred and memory collected,” as Roberta Smith has written. Throughout his artistic production of the past four decades run themes of collective identity, nationalism, the psychology of architecture and power, and the merging of industrial, historical, and political landscapes.

Rachel Whiteread (London, England, 1963) creates elegant and poetic sculptures which explore architecture, space, absence, and memory. Often inspired by the physicality of the human body, her works are poignant for their exploration of intimate domestic spaces and household objects. Whiteread typically uses industrial materials such as plaster, resin, and rubber to cast the negative space surrounding or within an object. The resulting sculptures retain the texture and shape of the original objects while assuming an enigmatic, specter-like nature.

Please note that there will be no formal opening reception for either portion of this exhibition.

For further information, please contact Donald Johnson-Montenegro at 212.206.9100 or via email at donald@luhringaugustine.com