The retrospective includes works from all the creative phases of the American video artist, including photographs and digital works. 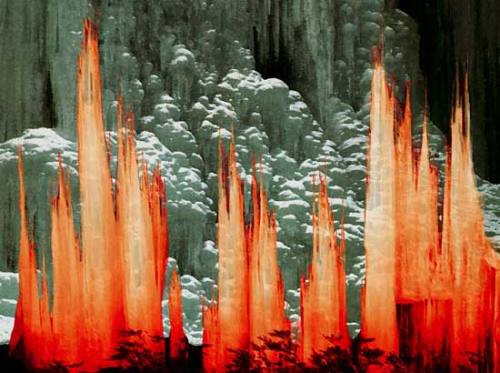 The Kunsthalle Bremen is presenting a comprehensive show of work by the American video artist Peter Campus. Including works from all of his creative phases, the exhibition does justice to the diversity of an oeuvre that is being shown in a large-scale, one-man exhibition for only the second time in Germany and thus offers the opportunity for many new discoveries. Some digital videos are experiencing their European premiere, and the Kunsthalle is also displaying to the public its most recent acquisition - Campus' DVD installation "edge of the ocean".

Even today, Peter Campus' name is still best-known in connection with the video tapes and 18 closed-circuit installations â€“ involving a closed picture circuit of simultaneous live recording and live broadcast â€“ which he produced between 1971 and 1978. All the works of those years were unique copies, meaning that up until now, unfortunately only a few people have actually been able to experience a "closed circuit" by Campus. Although the technology had already been tried out by Nam June Paik and Bruce Nauman, Campus' installations are viewed as the most consistent attempt to combine technical innovation and psychologically conflicting sensory impressions. In his spatial installations, the artist designates the visitor as both performer and observer of him- or herself, thus setting a process of perception in motion that investigates the relations between work and viewer and between space and image in completely new ways.

At the end of the seventies, Campus stopped working with video. Instead, from 1979 onwards the artist produced photographs in which he devoted himself to both classical landscape portrayal and to a further technical experiment giving the image a new context: slide projections. Campus initially experimented with portraits for these, later he used a small series of pictures showing stones. At the end of the eighties, he returned to his investigation of the new media by experimenting with computer drawings. But it was not until his digitally manipulated colour photographs of the nineties that Campus was led back â€“ at the end of the decade and after a break of almost 20 years â€“ to the medium of video.

It is possible to see video tapes and closed-circuit video installations from the seventies in the Bremen exhibition, including classic works such as Three Transitions (1973) and mem (1974/75), owned by the Kunsthalle since 1998. They will be shown together with those video works produced after the end of the nineties, for example the eight-part DVD installation Video Ergo Sum (1999), which is to be shown in its complete form for the first time in Bremen. In a European premiere, the artist is also presenting additional digital videos from the past three years, including the DVD installation edge of the ocean, made this year, which is one of the most recent acquisitions have been made by the Kunsthalle Bremen. The exhibition is augmented by photographs from the eighties and nineties, computer drawings, slide projections and digitally manipulated photographs.