Seven monumental paintings, dating from 1961-67, by New York painter which move away from the formal tenets of Abstract Expressionism. The show presents a unique opportunity to see first-hand the geometric, "hard-edge" works that defined Held's artistic output for almost a decade. 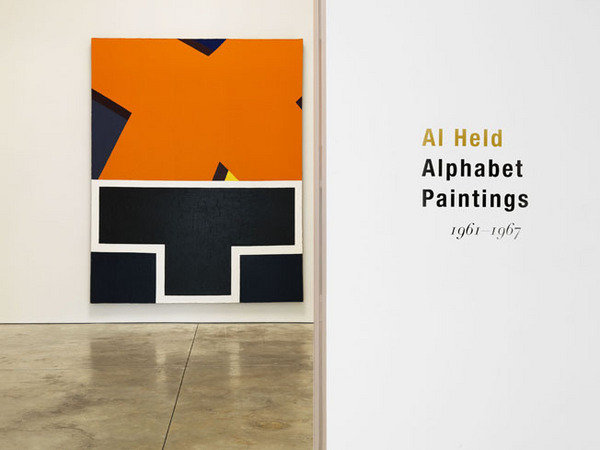 Cheim & Read is pleased to announce an exhibition of seven monumental paintings, dating from 1961–67, by New York painter Al Held (1928–2005). Curated from several private collections, the show presents a unique opportunity to see first-hand the geometric, “hard-edge” works that defined Held’s artistic output for almost a decade. The exhibition is accompanied by a full-color catalogue (including 20 illustrated works) featuring an essay by Robert Storr.

Born in Brooklyn, Held dropped out of high school and joined the Navy at 16, serving from 1945-47. In 1948 he studied at the Art Students League in New York, and from 1950-53 invoked the G.I. Bill to attend the Académie de la Grand Chaumière in Paris. Held returned to New York at the height of Abstract Expressionism and its related philosophical discourse, in which he took part. However, the genesis of his later work was already forming; as he said at the time: “I want to give abstract expressionism structure.” Characterized by the intellectual rigor with which he approached his work, Held was ultimately a painter of ideas: “I just don’t want to express myself, I want to say something.”

The paintings in this exhibition exemplify Held’s move away from the formal tenets of Abstract Expressionism. (They also prefigure his later black-and-white works which focus on the illusionism of pictorial space, as well as anticipating the subsequent minimalism in work by Richard Serra and others). Immense and graphic, the paintings exchange Ab-Ex’s gesture for hard-edged, brightly-colored, geometric forms – their flattened, two-dimensional contours either pruned by the constraints of the canvas or barely contained within. The work’s monumentalism invades one’s sense of “real” space, engulfing the viewer and affecting the perception of his surroundings. The irregular, thick build-up of acrylic paint below the visible surface is a result of Held’s continuous re-thinking of structure and formal relationships, adding to the work’s dimensionality and affirming, as Storr notes, the painting as an “almost sculptural presence.”

Several paintings enlarge and abstract letters from the alphabet, and are titled as such: “The Big ‘D’”; “The Big ‘N’”; “The Yellow X.” Importantly, Held did not use letters to reference literary or historical subject matter; he related to them as geometric, clear, and “acceptable” formal devices with which he could “make something very concrete.” While specificity and clarity is paramount, subtle distortion is also at work, disrupting immediate readings of the figure-ground relationship. Carefully-chosen colors add weight, tension, and structure, supporting the painting’s formal cohesion. The saturated planes of “The Yellow X” (1965) seem to simultaneously lean out towards the viewer and contract inward and away, a sensation similarly achieved in “Ivan the Terrible” (1961). Slight angles on the capitals of “The ‘I’” (1965) almost imperceptibly swell its middle, as if it were breathing into the viewer’s space; densely-stacked, bulbous circles push against the edges of “Echo” (1966), optically distending the painting’s frame. Angled passages through “Siegfried,” “Thalocropolis,” and “Acracropolis” (all 1966) segment the picture-plane horizontally and vertically, carving hierarchies of space and subverting implied symmetry. Held’s paintings demonstrate a thorough and thoughtful experimentation. Ultimately, he questions the nature of space, form, and perception not only in painting but in the phenomenological understanding of our own dimensional existence.

A panel discussion on the subject of Al Held’s work will take place March 6 at 6:30.