The exhibition 'Economics in Art' is a collection of works of a few dozen artists from Poland and other countries, who represent various techniques and media around a number of issues. Spokojna Tour Now is the first presentation of works of students of Krakow's Academy of Fine Arts. During his long practice Tadeusz Rolke has been trying to 'capture the moment' with his camera. Ghislain Dussart's collages, created from shots taken in the 1960s on the Riviera, show Bardot in situations derived from her wildest fantasies. 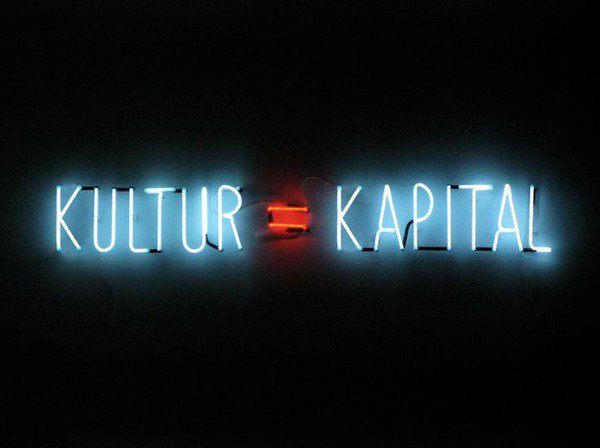 Economics in Art is the third in the series of exhibitions presented by MOCAK the Museum of Contemporary Art in Krakow to relate art to the most significant domains of civilisation such as history, sport, science, religion and art. To date, two exhibitions in the series have taken place: History in Art and Sport in Art.

The juxtaposition of economics and art is not self-explanatory. On the one hand, there is a pragmatic discipline, cold and based on mathematics, on the other hand – the realm of unrestrained artistic imagination. However, the encounter of these two areas turns out to be fascinating. Economics has provided a source of inspiration for many contemporary artists, frequently provoking non-obvious artistic actions. Today, with the world is facing a global economic crisis, the voice of the artist has become particularly topical and noteworthy; the themes that artists take on board have become crucial in the discourse on civilisation.

The exhibition Economics in Art is a collection of works of a few dozen artists from Poland and other countries, who represent various techniques and media. The exhibition has been structured around a number of issues:

* Value. How is value created? What are the symbols of value? How can it be manipulated? In what way is it an artificial or contractual concept?
* The ethics of market activities and mechanisms. To what extent does economic success justify ethical compromise? Should the rich feel guilty?
* Humanist aspects of economics. How strong is the chain that links economic and social problems?
* Art’s dependence on market forces. What does the value of a work of art depend on? How do market games work? Why should the artist’s work have value? What does it mean to be an owner of art?

The exhibition will be accompanied by ample Polish and English publications, reflecting on the most significant problematics resulting from the relationship between economics and art. The texts have been written by such authors as Edwin Bendyk, Jerzy Hausner and Georgina Adam, the Editor of The Art Newspaper and a Financial Times correspondent.

Spokojna Tour Now
The Opening of Re Gallery

MOCAK the Museum of Contemporary Art in Krakow is an institution which presents and promotes 20th century art. The programme of exhibitions and events is constructed so as to display contemporary art in the broadest context possible. Aiming to present the most recent phenomena, MOCAK presents them from their very source, that is to say, the activities of new talents in the process of being formed. For this reason, MOCAK’s third (after Alfa and Beta) gallery – Re Gallery, located in the former Gatehouse of Schindler’s Factory – will be designated for art school students from Poland and abroad.
Apart from functioning as an exhibition venue, the gallery’s activities will be educational. This will be an opportunity to acquaint young artists who are only just entering the art market with the modus operandi of art institutions and galleries.

The harbinger of the gallery’s activities will be its first event – the presentation of works of students of Krakow’s Academy of Fine Arts produced during the Museum project What Is Art for?, which has been developed over a number of years. During the annual seminar, there took place meetings with students, during which the point of art was discussed and reflected on in social, educational and individual contexts. The seminar came to fruition in the works produced by its participants; since October 2012, they have been shown serially in various exhibition spaces of the Museum.

The exhibition that will inaugurate the activities of the gallery in May 2013 will be a concert by the students of the Spatial Activities Studio at the Academy of Fine Arts in Warsaw, led by Mirosław Bałka. The PDP Orkiestra will perform a musical composition created as a result of an analysis of the history and culture of Krakow. The students, who devote their usual daily activities to the visual arts, will be presenting not only the sounds of classical instruments but also the musical potential of other instruments such as a Commodore computer. The piece will have been prepared especially to inaugurate the new exhibition space at MOCAK, dedicated to young artists.

During his long practice – starting with the first surviving photographs dating back to 1944, until the present – Tadeusz Rolke has been trying to ‘capture the moment’ with his camera. For many years he worked as a reporter, providing a record of happenings in the Foksal Gallery and working as a fashion photographer for the magazine Przekrój. In the exhibition at MOCAK, we present the photographs retrieved, courtesy of the author, from his Warsaw archives by Witek Orski, an artist and curator collaborating with the Warsaw gallery Czułość.

Thanks to the meeting of the two photographers, we have an opportunity to explore the backstage of Rolke’s work with models. As in Helmut Newton’s famous album Us and Them, we can observe not only the effects of the photographer’s work, but also see him surrounded by his models. Instead of admiring female bodies, we are invited to watch the development of the relationship between the photographer and his models. We get to know the artist himself. The fashion prevalent in People’s Poland provides a backdrop to a story that could not happen today. Instead of a well developed industry, we watch small groups in meeting; instead of the products of global corporations, we have crude clothes made in Poland.

Tadeusz Rolke (b. 1929) – a classical Polish photo-reporter. During his long-spanning career, he had worked for such magazines as Ty i Ja, Przekrój, Stolica, and Świat. During the 70s, he emigrated to West Germany where in Hamburg he created his acclaimed series Fischmarkt. After his return to Poland in the 1980s, he published three albums. Presently, he lives and works in Warsaw.

Ghislain Dussart photographed Brigitte Bardot from the very beginning of her career. They first met in 1953, when the photographer was visiting the actress’s sister. Their long acquaintance came to fruition in some of the most famous photographs of Bardot, the icon of femininity. The photographs were published at the time in Paris Match, and subsequently in an album, with a foreword written by Françoise Sagan.

Thanks to the exhibition at MOCAK, we now have the opportunity to discover another, less classical, image of the star, an image processed by the fantasies of her collaborator. The project reveals the dissonance between the artist’s personal attitude to the actress and their work together to create the public image of Brigitte Bardot.

Dussart’s collages, created from shots taken in the 1960s on the Riviera, show Bardot and the artist’s other muses (including Anna Karina, his then-partner) in situations derived from Dussart’s wildest fantasies – the women are in bondage, crucified and being whipped. However, at no time do the women in these photographs appear unhappy or abused; rather, whilst appearing in these unrealistic vignettes, they are conscious of their power. The project has a playful ambiance rather than a repressive aura. These daring projects did not see the light of day for a long time, and were shown for the first time only posthumously.

Ghislain Dussart (1924 – 1996) - aka Jicky Dussart, a French painter and photographer; for many years, Brigitte Bardot was his muse. Worked for Paris Match, the author of photographs for an album on Brigitte Bardot, with the text by Françoise Sagan (1975).