The Donald Judd's exhbition features works exploring the primary preoccupations of the artist's practice, such as the relationships between surface and volume, interior and exterior space, as well as material and form. Donald Judd, Reading the Surface takes a minimalist approach to the notion of surface. 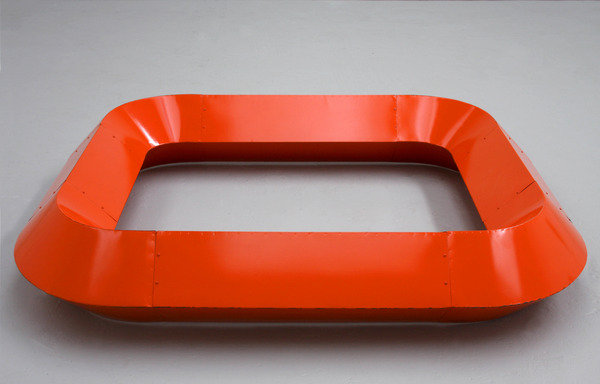 David Zwirner is pleased to present an exhibition of works by Donald Judd (1928-1994). This is the first gallery presentation of this seminal artist in London in nearly fifteen years and the first significant exhibition of Judd’s work in the U.K. since his 2004 retrospective at Tate Modern, London. From the early 1960s up until the time of his death, Judd developed a rigorous visual vocabulary that sought clear and definite objects as its primary mode of articulation. Together, the works in this exhibition present an overview of many of Judd’s signature forms and offer insight into his singular commitment to material, colour, and proportion.

One of the most significant American artists of the postwar period, Judd’s oeuvre has come to define what has been referred to as Minimalist art—a label to which the artist strongly objected on the grounds of its generality. In 1965, Judd published his now-canonical treatise “Specific Objects,” in which he eschewed the classical ideals of representational painting and sculpture in favour of work that was objective and straightforward and that avoided grand philosophical statements.

To accomplish this, Judd created declaratively simple, fundamental sculptural forms, which he elaborated and refined over several decades. Many of these took the shape of simple “boxes” or “stacks,” which he would often arrange according to repeated or sequential progressions and standardised proportions. Throughout his body of work, Judd used industrial materials such as plywood, steel, concrete, Plexiglas, and aluminium, employing commercial fabricators in order to attain the surfaces and angles that he desired.

The works presented here, which span the course of Judd’s career, explore the primary preoccupations of the artist’s practice, such as the relationships between surface and volume, interior and exterior space, as well as material and form. Highlights from the exhibition include untitled, 1964, a large-scale rounded square form that sits on the floor and is executed in galvanised iron and coated in the artist’s favored cadmium red; untitled, 1965, an early box format executed in transparent red Plexiglas and stainless steel; examples of Judd’s multi-coloured “Swiss boxes” and “progressions” executed in painted and anodized aluminium; untitled, 1989, a horizontal sequence of four wall-mounted boxes executed in unadorned Douglas fir plywood; and a significant stack executed in coloured Plexiglas and metal.

The work of Donald Judd is included in numerous museum collections. Permanent installations of the artist’s work can be found at Judd Foundation spaces in New York City, at 101 Spring Street (following extensive restorations, 101 Spring Street re-opens to the public in June of 2013) and Marfa, Texas, along with the neighbouring Chinati Foundation. The Judd ranch house, Casa Morales, is available for viewing by special appointment. Judd Foundation (Rainer Judd and Flavin Judd, Co-Presidents) is exclusively represented by David Zwirner. In 2011, the gallery exhibited a selection of works by the artist drawn from his seminal 1989 exhibition held at the Kunsthalle Baden-Baden, Germany and in 2013 a major installation by Judd was included in Dan Flavin and Donald Judd, the inaugural exhibition at David Zwirner’s new 20th Street location in New York. Judd’s work is currently on view in the exhibition Donald Judd: The Multi-Colored Works at the Pulitzer Foundation for the Arts in St. Louis (through January 4, 2014).

Opening to coincide with the London gallery’s first solo exhibition of works by Donald Judd, Reading the Surface takes a minimalist approach to the notion of surface. With artists including Nina Beier, Ryan Gander, Bob Law, George Henry Longly, John McCracken, and Maaike Schoorel, the show considers different attitudes to the surfaces of artworks, focusing on the dialectic between viewing at a glance and deeper reflection. With art typically encountered on short visits to museums and galleries, viewing experiences are often dictated by temporal and spatial concerns. Exploring themes of absence, materiality, and anxiety, the works in the show can be seen to negate, and even ignore, the ideas beneath the surface.

On view in the THE UPPER ROOM, Reading the Surface is the second in a series of curated shows which supplement the annual program at David Zwirner with smaller, intimate presentations featuring the gallery’s artists and beyond.

Private View: Thursday 20 June, 6 - 8PM
David Zwirner is pleased to invite you a walk through of the exhibition with Christopher D’Amelio, Partner, David Zwirner. Coffee and pastries will be served from 10AM.