50 exhibition - 50 workshops. The 2013 Rencontres is radically dedicated to black and white photography, presenting entirely new creations from renowned artists, along with discoveries, treasures from the past and, of course, a few exceptions in colour. This year this top photography rendezvous that brings the world to Arles is a must-see phase of the 2013 Marseille-Provence, European Capital of Culture. 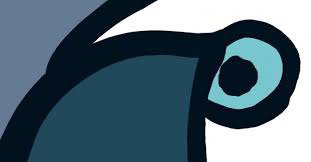 What meaning does black and white photography have today? Is it fiction, poetry, abstraction or pure nostalgia? The 2013 Rencontres is radically dedicated to black and white photography, presenting entirely new creations from renowned artists, along with discoveries, treasures from the past and, of course, a few exceptions in colour. This year this top photography rendezvous that brings the world to Arles is a must-see phase of the 2013 Marseille-Provence, European Capital of Culture.

Hiroshi Sugimoto, Revolution: the Japanese master of black and white presents his meditative works. Couleurs de l'ombre: Sugimoto's first work in colour (Polaroids), with Hermès Éditeur.
Sergio Larrain: the world premiere of the highly awaited retrospective of the Chilean photographer's work.
Guy Bourdin: the pictorial radicalism of Bourdin's black and white photos provides the first signs of what would lead him to become the great fashion photographer in colour.
Alfredo Jaar overturns our certitudes about the truth of photos.
John Stezaker plays with cinema photos, creating a strange, uncomfortable universe full of humour.
Viviane Sassen: proposes surreal and disconcerting work that is always fascinating.
Wolfgang Tillmans: questions whether the world can be looked at with a 'fresh' gaze in an era swamped with images. Presented in co-production with the LUMA Foundation.

Gilbert Garcin: a retrospective of Garcin's famous photomontages.
Jean-Michel Fauquet: objects and photographic prints painted by hand and arranged in such a way as to create an abstract, profound and metaphysical universe.
Arno Rafael Minkkinen: for 40 years, Minkkinen has being searching for pure beauty by photographing his naked body in the setting of magnificent landscapes.
Miguel Angel Rojas: for Rojas, photography was a means of expressing his homosexuality in the conservative society of 1970s' Colombia.
Pieter Hugo, highlights the contradiction of racial distinctions.
Michel Vanden Eeckhoudt: a perspicacious and penetrating gaze at the world.

Jacques Henri Lartigue: the 1920s, years Lartigue spent with his first wife Bibi, form a whole in his life as in his art.
Pierre Jamet and his friend Dina Vierny, the muse of sculptor Maillol, set out on the adventure of France's youth hostel movement during the Popular Front period.
Faded Out: Raynal Pellicer's collection of cropped and retouched photographs of Hollywood personalities, published between 1910 and 1970 in American newspapers.
The Studios Fouad in Beirut and Van-Leo in Cairo present a selection of handcoloured portraits.
Album Beauty: Erik Kessels' collection of photo albums depict family histories and the staging of said histories. Kessels also presents a spectacular installation of all the
photos posted online in 24 Hours.
2013 Book Awards: more than 400 books are available to be perused.

EVENING SCREENINGS:
2, 3, 4 AND 6 JULY
Unique in the world: photographers present their works on the large screen in the magnificent setting of the Théatre Antique.

Press office
Claudine Colin Communication
Contact : Marika Bekier
Situated at the Welcome Desk. The press office is open from 1st to 7 July, from 10 am to 7 pm.