The Suspension of Disbelief 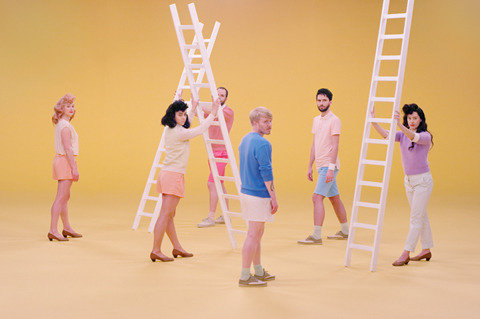 For ten years now, the artist duo Sarah & Charles has been focusing on making stories tangible, stories that unravel in a continuum between fiction and reality. In their first major solo exhibition, The Suspension of Disbelief, they continue to work on the series Props for Drama, which was launched in 2009. A comprehensive project with several installations and two short films, the visitor enters a world of contradictions. The imagery derives from film as well as theatre and the visual arts. A visit to the exhibition gives us a figurative glimpse behind the scenes of this quirky duo. Nothing is what it seems at first glance... Opening saturday 29.06.2013 at 7p.m. Party DJ's: Faislebeau (LU) & Walrus (BE) 9 p.m.