Liaisons dangereuses: Alliances, misalliances and false friends. The festival offers a framework for reflection to explore dependencies in politics, the finance industry and society. The exhibition "Liquid Assets" presents a range of international artists who are engaged in exploring the shifting, viral nature of capitalism. 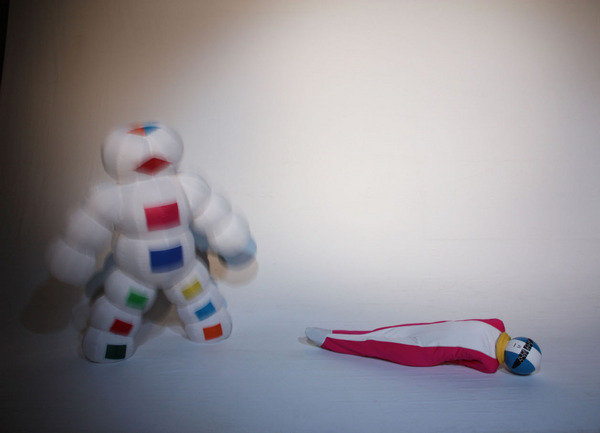 “Alliances, misalliances and false friends: Liaisons dangereuses”, the leitmotif of this year’s steirischer herbst looks at the nature of dangerous relationship cocktails, of connections which, for all their fragility, are passionate, explosive and always powerful. A “liaison”, from the French perspective, is much more than a flirt or a love affair: it can be applied to connections, relationships and their transformation – in society, art and culture and in both the private sphere and in politics.

While one year ago, steirischer herbst focused on the role of art in society-changing moments, we now proceed to consider the following: what coalitions and compromises are entered into in order to carry through visions and goals? What relations of dependence open up? What scales and disparities are reflected in old boy networks, “forced marriages” of all kinds? What if the line between coalition and corruption gets thinner and thinner? And, in the end, what are the constellations in which we could finally make headway? As always, it is more the questions than the answers that move us. And, as always, these questions will feature recurrently in the steirischer herbst programme – playful, direct – and often associative.

Connections and selection criteria are characteristic of the multiple steirischer herbst opening in 2013 – in a wide variety of ways and at many different venues, featuring performance, visual art, and architecture: the Belgian artist Kris Verdonck presents “H, an incident”, his vision of the absurd universe of Daniil Charms (Harms), a Russian poet who opposed Stalin’s terror regime with a bizarre, poetic world. Parallel to this, Vienna-based French choreographer Anne Juren will première her interpretation of Kafka’s “Amerika” and Martin Kippenberger’s Amerika installation – “Happy End” – while Norwegian Amund Sjølie Sveen presents his new performance lecture “Economic Theory for Dummies”, a crash course in the finance industry. The herbst exhibition “Liquid Assets” opens in between and takes a look at the mysteries and dark sides of largely virtualised global cash flows and later in the evening, steirischer herbst invites everyone to the opening of this year’s festival centre: for four weekends, the former customs house and the adjoining Explosiv youth culture centre will be occupied. The German-French landscape architect team atelier le balto transforms what was once the central trans-shipment centre near the main railway station into Ex-Zollamt, a vibrant centre for numerous artistic events: the herbst exhibition “Liquid Assets”, the “Close Link” installation, unpredictable artist evenings, cinema afternoons over coffee and cake, an open workshop by Lisa D., a swap meet by Modezirkus, numerous live concerts, and a participatory project by Susanne Kudielka and Kaspar Wimberley.

This year’s herbst exhibition, curated by Katerina Gregos and Luigi Fassi, starts out from this year’s leitmotif to examine the changed relationships of a finance industry that takes place in virtual space to those real conditions which – committed as it is only to maximum profit and not to the public good – it defines so tangibly and profoundly: “Liquid Assets. After the transformation of capital”. Following on from this topic, the herbst conference “Liaisons dangereuses” on the third weekend of the festival offers a framework for reflection to explore dependencies in politics, the finance industry and society, setting out in search of emancipatory alternatives in times of uncertainty. The installation “Close Link”, that opens at Ex-Zollamt on the second weekend of the festival, focuses on the extraordinary relationship systems and extreme situations that arise when people find themselves in isolated states of consciousness due to illness. The artist duo hoelb / hoeb use an experimental artistic set-up to explore spaces and everyday activities that characterise close relationships to persistent vegetative state patients, to people living with a mental or physical impairment, albeit demonstrating personal feelings rather than those of others.

You’ll come across them again and again and everywhere – those liaisons in and on this year’s leitmotif: for example in Andreas Siekmann’s pictograms, that define the visual image of the festival, or in the steirischer herbst partner institutions’ exhibitions spread out across the city. Grazer Kunstverein presents four exponents of contemporary art, four attempts to make new contexts visible by abstracting social conditions, first and foremost the latest works of New York artist Doug Ashford. “Beninese Solidarity with Endangered Westerners” is the name of artist Romuald Hazoumé’s NGO founded in Africa which focuses on the inversion of familiar conditions at Kunsthaus Graz.

Camera Austria, in turn, examines to what extent the institutional framework of art can be turned into a locus of political discourse and invites three initiatives from different countries – Beirut from Egypt, the Serbian Kontekst collective, and 0gms from Bulgaria – to engage in “Unexpected Encounters”. “I share, therefore I am” – the impact of digital technologies on interpersonal relationships is the starting point at ESC im Labor for an experimental set-up about artists and their chosen tools. In a one-year project,