Russian Avant-Garde - Visions of a Future features a total of 150 works by seminal artists such as Tatlin, Rodchenko, Malevich, Popova and Exter. A smaller, month-long exhibition - Soviet Hippies: The Psychedelic Underground of 1970s Estonia - also takes us back to Estonia in the 1970s, where the flower power movement blossomed behind the iron curtain. 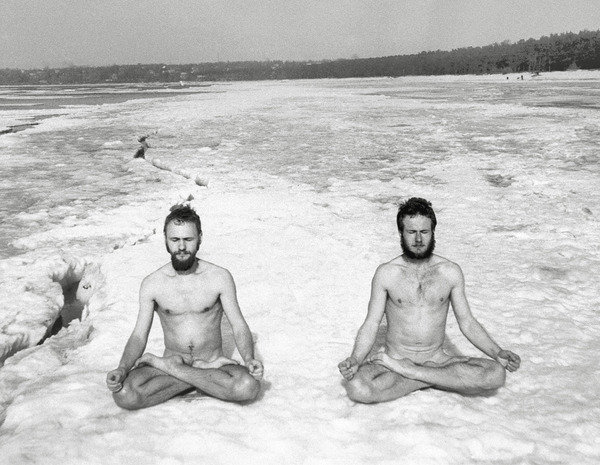 The groundbreaking Russian avant-garde and Estonia’s psychedelic hippie movement. That is what Moderna Museet Malmö is offering this autumn. In an extensive exhibition the Museum provides an in-depth presentation of the dynamic period in Russia at the beginning of the 20th century, and its innovative and radically groundbreaking art. A total of 150 works by seminal artists such as Tatlin, Rodchenko, Malevich, Popova and Exter will be featured. Most of these, including the four-metre model of Tatlin’s Tower – have never before been shown in the Öresund region. A smaller, month-long exhibition also takes us back to Estonia i the 1970s, where the flower power movement blossomed behind the iron curtain.

For the third year running, we are diving deep into the Moderna Museet collection for an extensive presentation. This time, our focus is on our eastern neighbours and the Russian avant-garde. Between 1905 and the 1930s, Russia and the Soviet Union experienced radical political change and furious social development, and this was also reflected in the field of art. The Russian avant-garde was far from a homogeneous artist group, but they all shared a desire to express their era. They were inspired by the latest trends in Western contemporary art, such as cubism and Italian futurism, but also by Eastern folk art and icon painting.

In Russian Avant-Garde – Visions of a Future, 150 works highlight several of the main tendencies that emerged in Russia at the time, such as constructivism and suprematism. The exhibition demonstrates how the new radical art was used as an ideological tool to create a new world, but it also presents artists who were opposed to art in the service of the state.

Naturally, highlights such as Vladimir Tatlin’s model for a monument for the Third International, “Tatlin’s Tower”, will be featured, along with Kazimir Malevich’s Black and White. Suprematist Composition – both of which are being shown in the Öresund region for the first time. The multi-talented Alexander Rodchenko is highlighted in the exhibition, especially for his work in revolutionising the art of photography. Key works by Lyubov Popova, Alexandra Exter and Wassily Kandinsky, and, above all, by the Swedish pioneer of abstract art Hilma af Klint, will also be shown.

The exhibition also includes many propaganda posters, and avant-garde films such as the critically acclaimed Battleship Potemkin by Sergey Eisenstein and Dziga Vertov’s Man with a Movie Camera, and a unique portfolio of Soviet periodicals that have never before been shown.

“An interesting aspect of this era is that gender equality was promoted, since women were now workers who were vital to the welfare of the Soviet people. Unlike the art metropolises of Paris and Berlin, there were many women artists in the Russian avant-garde, and they were on equal terms with their male colleagues,” says the exhibition curator Iris Müller-Westermann.

Alongside Russian Avant-Garde - Visions of a Future, the museum is also opening a smaller presentation documenting and analysing the psychedelic hippie movement in Estonia during the Soviet era. Western flower power also had an impact on the other side of the iron curtain. In Estonia, a culture of resistance developed among a generation of Soviet flower children who liberated themselves from the official ideology through rock music, love, pacifism and fashions that were considered unacceptable to many Soviet citizens.

Invitation to the press preview on 12 September, 2013, at 10.00 am
You are invited to a press preview of Russian Avant-Garde – Visions of a Future and Soviet Hippies: The Psychedelic Underground of 1970s Estonia. Thursday, 12 September, at 10.00-11.30 am, at Moderna Museet Malmö. Welcome address by director of Moderna Museet Malmö John Peter Nilsson, followed by an introduction to Russian Avant-Garde by the senior curator Iris Müller-Westermann, and the curator of Soviet Hippies, KIWA.

RSVP for the press preview by Wednesday, 11 September to: press@modernamuseet.se