This major survey traces Guston's career from his beginnings as a Symbolic Realist in the 1930s, through his career as an Abstract Expressionist in the 1950s and 1960s, to his later figurative works. 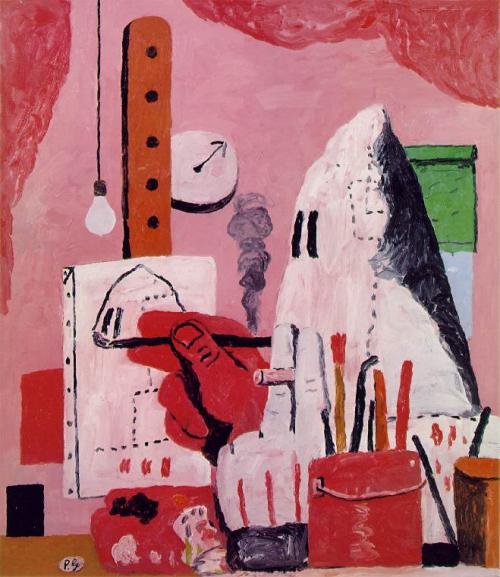 This survey of the work of Philip Guston (1913â€“1980) comprises more than 75 paintings and drawings documenting each stage of the artistâ€™s development, from his precocious beginnings as a Social Realist in the 1930s, through his renown as a lyrical Abstract Expressionist in the 1950s and early 1960s, to his later figurative works, which had a great impact on American and European art of the 1970s and 1980s.

Accompanied by a publication produced by Thames & Hudson.