The UK premiere of the final instalment of Cavusoglu's critically acclaimed 'Murder in Three Acts' a scripted crime drama originally rehearsed, performed, and filmed in real time using a crew of professional actors and producers. 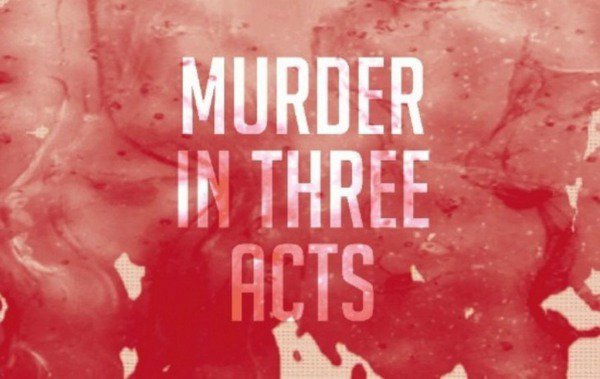 Delfina Foundation is pleased to present the UK premiere of the final instalment of Asli Çavuşoğlu’s critically acclaimed Murder in Three Acts - a scripted crime drama originally rehearsed, performed, and filmed in real time using a crew of professional actors and producers. Commissioned as part of Frieze Projects 2012 through a residency at Delfina Foundation, this is the first time that all three completed episodes have been shown together in the UK.

In anticipation of the official unveiling of Delfina Foundation's expansion in January 2014, the screening of the Murder in Three Acts offers visitors a special preview of the partiallly renovated space on the occasion of this year's Frieze Art Fair.

Each film follows three detectives on their quest to solve a murder that has taken place in an exhibition space where artworks appear as both clues and weapons. Mimicking the fast paced, slick style of well-known crime dramas such as CSI, the project draws parallels between forensic experts and art professionals, based on their methodologies of extracting the ‘truth’ from physical artefacts. Murder in Three Acts, through the comparison of these two distinct tradecrafts, seeks to underline the construction and legitimisation of a story when it is anchored by expertise.

The three episodes of Murder in Three Acts will be presented alongside a behind-the-scenes documentary filmed by Taylan Mutaf. Additionally, the props from the series return to the exhibition as objects in their own right – highlighting the speculative nature of building a collection – whether of evidence or of art.

The process-based nature of unravelling the work, originally at Frieze and now set against the backdrop of the Delfina Foundation’s unfinished space, is a nod to the piecemeal transformation of an object into a readable text in the process of interpretation or analysis.

Murder in Three Acts is a result of a collaboration between Frieze Foundation, Manifold Projects, Galeri Non and Delfina Foundation’s artist-in-residency programme which provided a six-week residency for Çavuşoğlu in Autumn 2012. The exhibition is presented in partnership with Galeri Non.

Delfina Foundation, currently located in a period townhouse in Victoria, London, will expand into the adjacent building, doubling its residency and exhibition space, to become the largest host of international residencies in London when it reopens in January 2014.