The Art of Chess 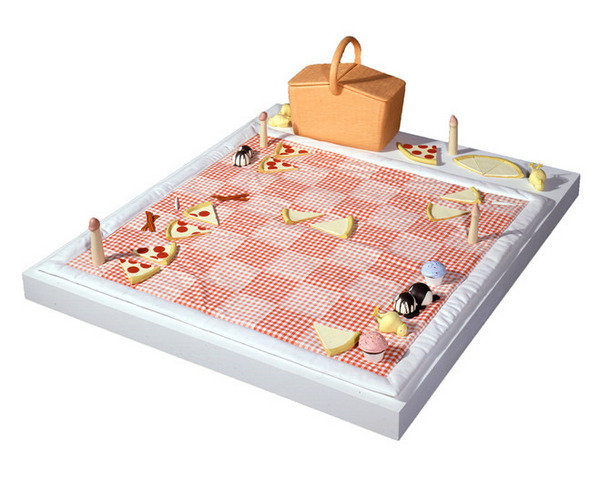 Artists and artisans of all eras and cultures have designed chess sets and have pictured people playing chess. But how and why did artists, from the outset of the 20th century and increasingly to the present day, come to intertwine the structures, imagery and conceptual underpinnings of chess with their art? In the last few years, there has been a great surge of interest in chess amongst artists. Inspired by the work of their 20th century predecessors, many of the most prominent artists of the 21th century have brought new artistic ideas to the game. This exhibition seeks to account for some of these ideas. The art of chess brings together 8 chess sets of some of today’s most influential artists of our time: Paul McCarthy, Barbara Kruger, Tunga, Tom Friedman, Matthew Ronay, Alastair Mackie, Rachel Witheread and Tracey Emin.

French born artist Marcel Duchamp (1887-1968) is perhaps the 20th-century artist best known for chess and chess related art. From an early age, he uniquely saw the two activities as naturally intertwined and viewed chess as art. He saw beauty in their contemplation and use, and as a result of this fascination fashioned and designed chess sets and pieces all his life. Art had been Duchamp’s medium and chess his subject, but once he retired in 1923, chess became his medium and art his subject. In 1913, he introduced, once again through chess, the concept of “readymade” : the process whereby an artist could designate a common object already existing in the world to be art and to exhibit it as such. The American ManRay (1980-1976), perhaps Duchamp’s closest friend and collaborator in chess and art projects, had made accurate, detailed drawings for modern chess sets using classic drafting skills as early as 1914, but in 1920, made his first real chess set from “found objects” in his studio. Many major artists have then follow in Duchamp’s footsteps in viewing the game of chess as both an inspiration and a form of art.

Some of the artists in this exhibition follow Duchamp’s philosophy of the “readymade” to create, out of common and familiar objects, the most unusual situations. They use materials and strategies similar to those employed in their earlier works but the context of chess affords them new possibilities. Rather than seeking to invent forms for each piece to indicate its identity, they seem to have selected objects quite arbitrarily so it is all but impossible to recognize each piece out of context. Thus their kings take the form of a cupcake and a marijuana joint; a bottle of juice and a copper kettle, a dollhouse refrigerator and a stove; vacuum tubes and spray bottles. As the meaning of chess pieces change from how they are used in relation to each other, to their shapes, completely unexpected situations arise as this relationship between the pieces change.

The chess sets by Ronay, McCarthy and the other 21th century artists presented here seem comprised of programmatic disjunctions as two heterogeneous worlds — the world of ordinary objects and the world of chess — are superimposed on each other. By bringing those two worlds together and thus placing the familiar within the complex dynamic of the game, something new and unexpected is revealed.

The work of these contemporary artists offer a variety of viewpoints from which to see the creative landscape anew, while chess, the timeless conceptual landscape, remains ready to lend itself again to new visions. They make a grand game of redesigning the game, and to transform it into a sensory questioning of identities through sight, touch and sound.
Extract from "New forms for a new era" by Larry List

Image: Matthew Ronay, Over There in the Bushes, 2005 Pieces and basket: Hand painted bronze. Blanket and board: White leather and printed cotton. Unique piece.