Do you suppose he didn't know what he was doing, or knew what he was doing and didn't want anyone to know? The artist presents a short film which is based on a text by Ludwig Wittgenstein about memory images. Additionally on show are frottages, a double projection and an audio installation. 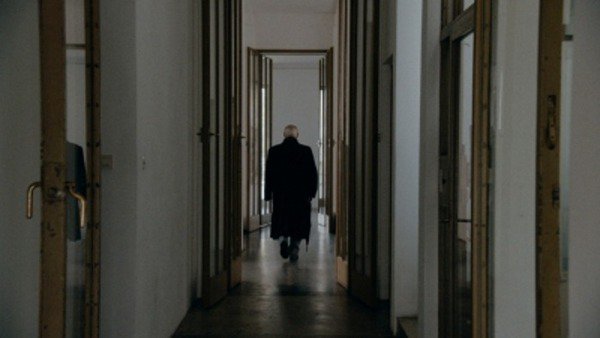 The starting point of the film and sound installations by Dani Gal (*1975, Jerusalem, IL) are mostly existing historical documentations which the artist examines and subtly manipulates or artistically reconstructs on the basis of his research. In addition to conventional text and image analysis he uses language and sound to exemplify his central themes of history, the writing of history and the associated mechanisms of selection and exclusion which define how certain events are perceived. He is concerned with putting formed opinions on historical events into perspective or giving them new impulses.

In his exhibition Dani Gal presents the short film Wie aus der Ferne (As from Afar), co-produced by Kunst Halle Sankt Gallen, which is based on a text by Ludwig Wittgenstein about memory images. To what extent are images of a memory different from images that come with expectation from images of a daydream? With this question as a central theme he examines the friendship between Simon Wiesenthal and Albert Speer. The former was a Holocaust survivor who dedicated his life to the search for Nazi criminals, the latter was Hitler’s architect and confidant who showed regret after being sentenced to 20 years imprisonment and was prepared to take responsibility for Nazi crimes.

Gal’s documentary approach and his poetic narration highlight the gap between reality and representation and between memory and invention by revealing history as an open process of subjective interpretations. The 30-minute film is a quiet reworking of a sub-plot of the postwar period. In the style of a historical reconstruction Gal plays out a possible meeting between Wiesenthal and Speer. The fact that they met several times in Vienna in the 1970s is documented by their correspondence.

The architectural model which plays a main role in the film is presented and staged in the exhibition to illustrate the tension between fictional reconstruction and reality. Additionally on show are frottages, a double projection and an audio installation by the artist concerned with similar themes. The exhibition offers visitors a generous insight into Dani Gal’s working method. Visitors are exposed to the question of to what extent contemporary art concerns itself with historical legacy and political issues and what idea of history or temporality can arise from it.