Work 1967-2013. This exhibition includes a selection of works from four major series of drawings undertaken by the artist from the late 1960s to the 1990s in addition to drawings, photographs and other documents from Denes' major sculptural projects from this period. 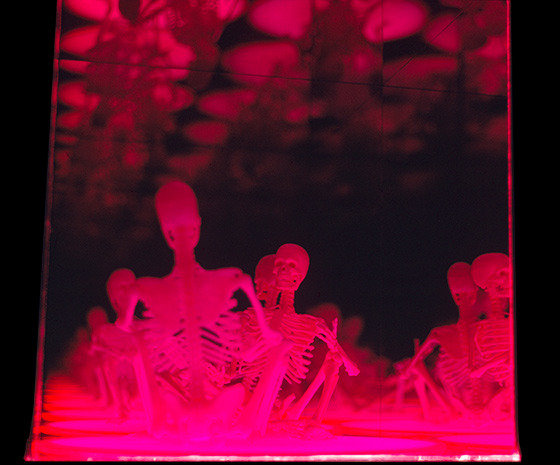 Firstsite, Colchester and the FRAC Champagne-Ardenne, Reims announce a retrospective of drawing, prints and sculpture by the New York-based artist, Agnes Denes.

Since the late 1960s her work has combined a conceptual approach to drawing and printmaking with pioneering, with ecologically-conscious interventions in the natural and urban environment. Operating on both intimate and grand scales, her multifaceted oeuvre addresses a range of concerns and influences from philosophy, mathematics and science to sexual politics.

This exhibition will include a selection of works from four major series of drawings undertaken by the artist from the late 1960s to the 1990s in addition to drawings, photographs and other documents from Denes’ major sculptural projects from this period. Of key importance is Wheatfield – A Confrontation (1982), which saw the artist cultivate and harvest a crop of wheat on an acre of land within an empty lot in downtown Manhattan, New York.

The exhibition is the first to bring together key works from private collections as well as major public holdings at the Museum of Modern Art and the Whitney Museum, New York. Curated by Florence Derieux and conceived as a collaboration between Firstsite and FRAC Champagne-Ardenne, it is will be followed by a new monographic book on the artist’s work edited by Florence Derieux and published by FRAC Champagne-Ardenne. It will be the first major survey of the artist’s work in Western Europe and her first solo exhibition in the UK since 1979.

Born in Budapest, Hungary in 1931, Agnes Denes has lived and worked in New York since 1954. She has participated in more than 450 exhibitions including solo shows at the ICA, London (1979) and Ikon Gallery in Birmingham (1978). Retrospectives of her work have been held at the Ludwig Museum, Budapest, Hungary (2008); Chelsea Art Museum, New York (2004); Samek Art Gallery, Bucknell University, Lewisburg, Pennsylvania (2003); the Herbert F. Johnson Museum of Art and Cornell University, Ithaca, New York (1992).