We all sleep alone

Works by Trevor Yeung, Lyli Kwok, Oscar Chan Yik Long and Molly Lun. The works selected reflect the artists' unique individual notions of their own existence by exploring their creative re-interpretation of the internal dialogues. 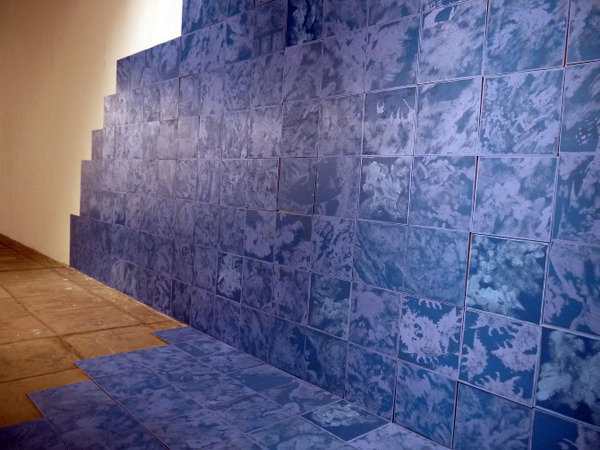 Platform China (HK) presents ‘we all sleep alone’ an exhibition featuring works by emerging Hong Kong artists Trevor Yeung, Lyli Kwok, Oscar Chan Yik Long and Molly Lun contemplating what it means to be alone as an intrinsic part of the human condition. The works selected reflect the artists’ unique individual notions of their own existence by exploring their creative re-interpretation of the internal dialogues and the way in which they (re-)associate themselves to their surroundings.

Trevor Yeung’s (b. 1988) mixed-media installation takes its starting point from an image work closely following the movements of a school of piranha fish. In the piranhas’ behaviour, Yeung sees a miniature caricature of our human world, and reveals the isolation, which naturally occurs within the confines of a unit. His enduring passion for keeping plants and creatures is a direct source of inspiration in his artistic practice. In these he sees amazing temporary but transcendental worlds created by their curiously beautiful appearances and mysteriously charming lives.

Oscar Chan Yik Long (b. 1988) presents a series of portraits picturing random actions performed by people in different stages of his life which have altered the perception he has of himself and crystallized his own value as an individual. In the same way that we cannot choose our parents, the people who enter our lives are beyond our control. Their random acts of kindness or support are also unexpected. The extremely subtle and delicate pencil drawn sketches show a re-interpretation of meaning implication of these‘Lifesavers’ and their actions in the way they transcend the borders of fear and loneliness.

Molly Lun’s (b. 1985) mixed-media sound installation recreates her experience of swimming by combining rhythmic surround sound of water in motion, heartbeats and the pace of her breath together with moving image. As a solitary sport, swimming is the time when Lun feels most alone but also most calm. Water acts as mediator and buffers her from the bustling outside world physically and spiritually. Here she attempts to convey her internal dialogues and the meditative state of mind, which she enters when swimming. Loneliness here is not a negative condition, but something as neutral as the fact that we enter and leave this world alone, something to embrace.

For Lyli Kwok (b. 1987) the time she feels most isolated is when surrounded by an intense and active crowd. While trying to connect with others in different social encounters, she was driven by norms in these situations, where she constantly confronted with herself. To convey this experience, Kwok presents a series of videos reconstructing simple actions, through which she expresses the inner conflicts she experiences when faced with this intrusive otherness.

This exhibition was made possible with the kind support of the Hong Kong Arts Development Council (HKADC). The ADC fully supports freedom of artistic expression. The views and opinions expressed in this project do not represent the stand of the Council.