The unexamined experience is not worth having. The exhibition brings together works by Yael Assaf, Asli Cavusoglu and Lukas Hoffmann. It moves between the labyrinths of lived experience and personal geography. 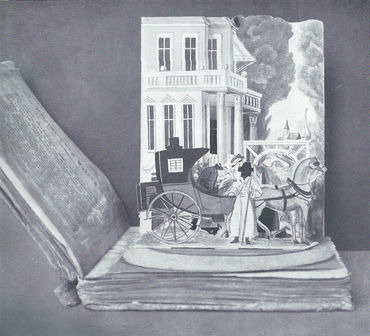 Playstation is proud to invite you to the group exhibition 'The unexamined experience is not worth having', which brings together works by Yael Assaf, Asli Çavuşoğlu and Lukas Hoffmann. Departing from Lucy Lippard’s modus operandi in her book 'On the Beaten Track; Tourism, Art and Place' (2000), this exhibition moves between the labyrinths of lived experience and personal geography; between grasping reality, mediating memories and the solitary quest for inexpressible meaning.

**
In 'Everyone has to get over his biography' Yael Assaf interweaves an apparently eclectic tissue of found footage of children playing and dressing up, unclear shots of sandy beaches; documentary interviews; animation; lists of YES and No; abstract blurs. As a child the narrator tells us, she started counting the days, how long it would still take her to grow up and be who-ever she would like to. "One day", however "I started counting the distance between us. In the beginning it was just a sofa, a little table, a pack of cigarettes and your lighter". But the distances grew until all there was, was distance. However diverse and fragmented, a dream like travel unfolds into inner worlds that the viewer nonetheless unifies into a meaningful whole, at once (painfully) recognizable as well as strangely distant.

**
“This is not Patagonia” is a Turkish saying, at least, according to artist Asli Çavuşoğlu, indicating: This is not Patagonia, and here, not everything is possible. But in this work of Çavuşoğlu it is never really clear whether it is indeed based on reality, or if the wonders of memory, fiction and phantasy pass through in a claim for the real. In her work 'In Patagonia After Bruce Chatwin', Çavuşoğlu follows as closely as possible in the footsteps of Bruce Chatwin’s famous (and perhaps likewise infamous) novel 'In Patagonia' from 1977, while simultaneously setting herself a fixed line of rules for herself to follow. Her trip results in a fragmented, at times disarmingly, at times humorous, account – much like a travelogue – in which she tries to capture an experience that was strongly fictionalized to begin with.

**
Through a seemingly documentary approach, Lukas Hoffmann’s film 'Promise not to Fulfill' (in collaboration with Federico Ortegon) seems to leap into the interstices of reality and the reconstruction of memory. From its very beginning, Hoffmann reveals the constructed nature of his film set and film itself as he sets the scene in one and the same location and constructs a life-sized model of a sailing boat that comes to play a lead role. In a clean cut, light begins to create an oppressive heat on a hot summer day, tormenting the sailors a board; the sounds of the ocean, the wind, a storm setting in; the narrator’s voice-over; create the impression of a voyage over seas. While the sailors quietly go about their quotidian sea-life actions, the narrator moves into a different direction, holding firm to and through his fictional reconstruction, the film brings us to a different locality and temporality, while as a viewer, we slip in and out of reality.

Yael Assaf is based in Amsterdam. She studied at the Rietveld Academy, the Sam Spiegel Film Academy in Jerusalem and the Film and TV Academy in Amsterdam. Her films and installations have been exhibited at the Rotterdam International Film Festival; TENT, Rotterdam; the Film Museum Amsterdam and Impact Festival, Utrecht; De Nederlandsche Bank, Amsterdam; HAFF; the NL film festival and the EYE EXPERIMENTAL film festival; BIFF.