Signs on the Road

This collective show completes the events organised to celebrate the 10th anniversary of the Center. Comprising 56 works by 39 artists, it offers a survey of the principal artistic trends and their multi-faceted disciplines, with a particular focus on artists who have exhibited at the Centre for the first time or have produced site-specific projects for it. 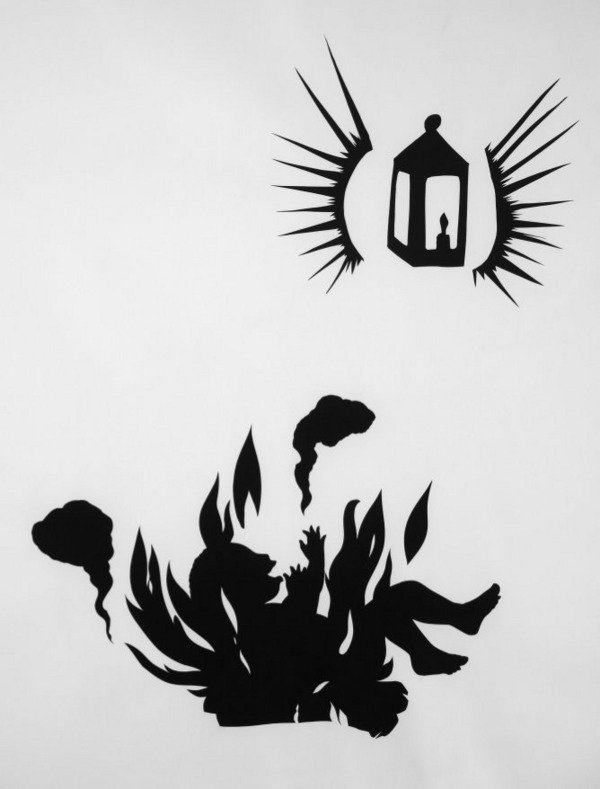 The CAC Málaga is presenting Signs on the Road. CAC Málaga: 10 th Anniversary. This collective exhibition completes the events organised to celebrate the 10th anniversary of the Centro de Arte Contemporáneo de Málaga.
Comprising 56 works by 39 artists, it offers a summary of the Centre’s activities over these past ten years. The exhibition includes works by a selection of the most renowned contemporary artists who have been represented at the CAC Málaga over this period and thus offers a survey of the principal artistic trends and their multi-faceted disciplines, with a particular focus on artists who have exhibited at the Centre for the first time or have produced site-specific projects for it.

The CAC Málaga first opened its doors on 21 February 2013. Since then, Malaga has benefited from a new space with a carefully devised exhibition programme that has brought prestige to the city, which rapidly became an international reference point in contemporary art. The CAC’s reputation is based on the close relationship it maintains with the world’s leading museums, galleries and art centres, including the MoMA, New York, and the Tate, London. As a result, the Centre has held more than 130 individual exhibitions and around ten collective ones.

The present exhibition gives space to a significant number of artists and styles, reflecting a distinctive way of understanding life and art. These are key names who contribute their unique gaze through a range of different disciplines.

Many of the artists in this exhibition have previously exhibited in the CAC’s main gallery. They include Julian Opie (London, 1958), who uses a minimalist, Pop language with simple lines and schematic figures; Anish Kapoor (Bombay, 1954), who focuses on the sense of existence through experience; Jake & Dinos Chapman (Cheltenham, 1966 and London, 1962), provocative, controversial artists, fascinated by violence and the grotesque; Lawrence Weiner (New York, 1942), a reference point in conceptual art, who uses language as a sculptural material; Paul McCarthy (Salt Lake City, USA, 1945), whose critical, ironic oeuvre deliberately goes against social norms; Tracey Emin (Croydon, UK, 1963), a key figure in the generation of “Young British Artists”; Neo Rauch (Leipzig, 1960), with his enigmatic works that arise from the pictorial language of post-war Eastern Europe; Gilbert & George (Dolomites, 1943 and Devon, 1942), whose work looks at sexuality, race, AIDS, death, faith and religion; Julião Sarmento (Lisbon, 1948), with an oeuvre that creates a reality which moves between experience and memory; Alex Katz (New York, 1927), a fundamental figure for the development of the new realism; Gerhard Richter (Dresden, 1932), whose work is notable for its mastery of both figuration and abstraction; William Kentridge (Johannesburg, 1955) who analyses political conflicts, focusing in particular on his native South Africa; Thomas Ruff (Zell am Harmersbach, 1958), a photographer who creates his own universe, mixing the real and the dream-like; Louise Bourgeois (Paris, 1911-2010), an artist whose obsessions are exorcised through her delicate, poetic art; Vik Muniz (São Paolo, 1961), who uses the reproduction of images of classic works, famous faces or simply anonymous people in everyday scenes, expressed through unconventional materials; Tony Cragg (Liverpool, 1949) whose highly complex sculptures reveal his incessant curiosity, experimentation and mastery of materials; Raymond Pettibon (Tucson, 1957), whose work is a critique of US society; and Ilya Kabakov (Dniepropetrosk, Ukraine, 1933), whose watercolours and drawings combine the two opposing modes of abstraction and realism.

Also included are Spanish artists of international reputation such as Miquel Barceló (Felanitx, Majorca, 1957), whose work is above all an ongoing dialogue with art history; Santiago Sierra (Madrid, 1966), who deals with contemporary issues such as prostitution, immigration, poverty, racism, violence and war; Chema Cobo (Tarifa, 1952), whose concept of art involves presenting the familiar in an unexpected manner; and Juan Uslé (Santander, 1954), who is interested in exploring different forms of abstraction, investigating the numerous metaphorical possibilities that it offers.

The CAC’s central exhibition space has also presented new projects and retrospectives on the most prestigious names in contemporary art. Artists include the young Belgian Rinus Van de Velde (Louvain, Belgium, 1983); Luc Tuymans (Morstel, 1958), who belongs to the new generation of figuration; Liam Gillick (Aylesbury, UK, 1964), the conceptual artist; Gavin Turk (Guildford, UK, 1967), who questions our understanding of art; Kara Walker (Stockton, USA, 1969) with her recognisable silhouettes that explores themes of race, gender, sexuality and violence; Jason Rhodes (Newcastle, UK, 1965-2006) and his light installations; Wilhelm Sasnal (Tarnów, Poland, 1972), who transforms banal situations into pictorial realities; Vanessa Beecroft (Genoa, 1969), whose work focuses on women and their experiences; Art & Language, the conceptual collective; Yoshitomo Nara (Hirosaki, 1959), a key name in 90s Pop Art, whose work is influenced by Manga, graffiti and punk culture, Jonathan Meese (Tokyo, 1970), who reflects on art and its protagonists; Marcel Dzama (Winnipeg, Canada, 1974) with his use of a particular palette that gives colour to his artistic universe; Simon Starling (Epson, UK, 1967), who looks at the possibilities of everyday objects and craft; Rodney Graham (Vancouver, 1949), who refers to philosophical, psychoanalytical and literary traditions; Thomas Hirschhorn (Berne, 1957), with an oeuvre that involves political and social critique; Erwin Wurm (Bruck an der Mur, Austria, 1954), who emphasises irony and critique in his oeuvre; and Per Barclay (Oslo, 1955), who employs photography to articulate his work.

CAC Centro de Arte Contemporaneo
Alemania, s/n. 29001 Málaga
Opening hours: Tuesday to Sunday from 10 am to 8 pm
Visitors are asked to leave the galleries 15 minutes before the building is closed.
CAC Málaga will be closed on 25th December and 1st January.
Free entrance