Close to you. Images are direct, powerful and grounded, they connect with the subject like a blow, and re-imagine it with the full strength of photography. 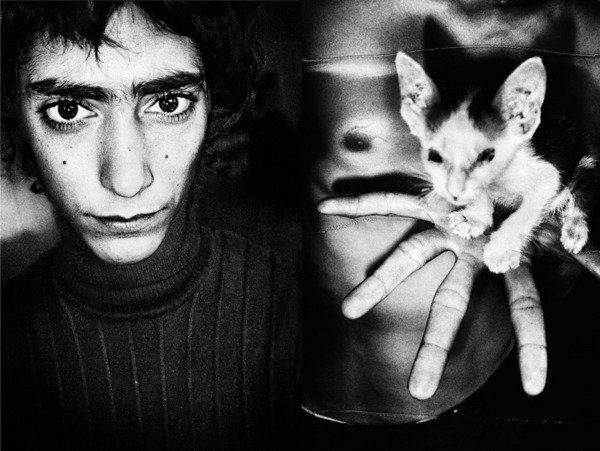 Jacob Aue Sobol's images are direct, powerful and grounded. They connect with the subject like a blow, and re-imagine it with the full strength of photography. They feel carnal, beyond visual, and each one of the images brings us a sense of the tactile and a little glimpse of an untold story.

Close to You brings to Cardiff a diverse array of Jacob Aue Sobol's work, starting from his earlier photobooks, Sabine and I, Tokyo, up to yet unpublished images. From the Greenlandic seal-hunters to his native Denmark, Close to You threads series of forlorn and intimate moments, shared for an instant in front of a camera and left for the viewer to dwell deeper into.

Jacob Aue Sobol (b. 1976) grew up in the suburbs of Copenhagen. He is a member of the respected Magnum photography agency, and is represented by Yossi Milo Gallery in New York. After studying photography he moved to the settlement
of Tiniteqilaaq (Greenland) in 1999. This episode of his life formed the photobook Sabine, published in 2004, which was nominated to the Deutsche Bourse Prize. His following book I, Tokyo, won the 2008 Leica Publishers Award, and his recent book Veins is a collaboration with Swedish photographic legend Anders Petersen. His work has been widely exhibited around the world.