Playtime. What drives people to cross continents in search of a better life is a question that has underpinned much of Julien's work and in responding to the question he returns to the same answer: capital. 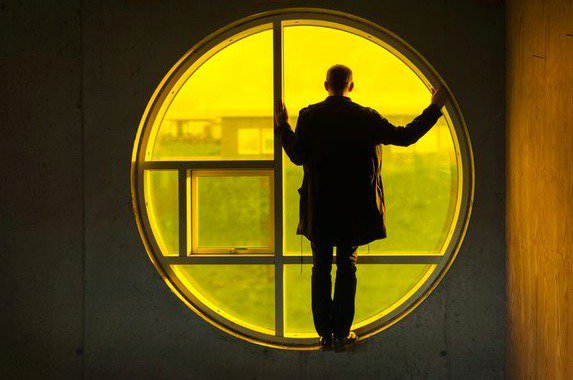 Victoria Miro is delighted to announce Isaac Julien's PLAYTIME, an ambitious new body of work exploring the dramatic and nuanced subject of capital.

The exhibition coincides with the UK release by The Museum of Modern Art, New York, of RIOT, the first publication to span the artist's trail-blazing career over the past three decades.

PLAYTIME will be presented across Victoria Miro's Mayfair and Wharf Road galleries and comprises the world premiere of the eponymous seven-screen installation featuring an international roster of actors: Maggie Cheung, Mercedes Cabral, James Franco, Colin Salmon and Ingvar Eggert Sigurğsson with Simon de Pury, playing himself. Also on view is KAPITAL: a two-screen documentary, which includes the artist in conversation with leading academics such as David Harvey and Stuart Hall. Victoria Miro Mayfair will present a suite of accompanying photographic works.

What drives people to cross continents in search of a "better life" is a question that has underpinned much of Julien's work over the past decade and in responding to the question he repeatedly returns to the same answer: capital. PLAYTIME thus follows on from Julien's acclaimed nine screen installation Ten Thousand Waves (2010) - currently on show at MoMA, New York - which offers a response to the Morecambe Bay tragedy of 2004, where twenty-three immigrant cockle pickers were lost at sea, and Western Union: small boats (2007), which explores the perilous voyages of those attempting to cross the Mediterranean from Africa to gain entry into "fortress Europe" a story that has tragically dominated the news headlines once again in recent months.

PLAYTIME is set across three cities defined by their role in relation to capital: London, a city transformed by the deregulation of the banks; Reykjavik, where the 2008 global financial crisis began; and Dubai, one of the Middle East's burgeoning financial markets. Part documentary and part fiction, the work follows six main protagonists - the Artist, the Hedge Fund Manager, the Auctioneer, the House Worker, the Art Dealer, and the Reporter - interconnecting figures in the world of art and finance with the real stories of individuals deeply affected by the crisis and the global flow of capital.

Exhibited for the first time as a seven-screen work, PLAYTIME transforms the whole of Victoria Miro's upstairs gallery into a striking and immersive installation, montaging the work's protagonists and locations across multiple screens in reference to capital's potential to both facilitate global movement and to create its own barriers.

The two-screen KAPITAL, installed in the lower gallery, creates an intellectual framework for PLAYTIME, centering around a conversation at the Hayward Gallery, London between Julien and renowned Marxist academic David Harvey (author of the book The Enigma of Capital). Julien opens the film by asking why capital is so difficult to depict, to which Harvey deftly replies: "in the same way you can only really intuit gravity exists by its effects, you can really only intuit that capital exists by its effects." Staged as part of a seminar organised by the artist in 2012 entitled Choreographing Capital, the event saw notable interventions from theorists, critics and curators such as Stuart Hall, Paul Gilroy, Irit Rogoff and Colin MacCabe. Julien has always made work in collaboration, conversation and exchange but this is the first time he has opened up the complex and rigorous research processes that lie behind his working methods.

An exhibition of large-scale photographic works from the PLAYTIME series will be on view at Victoria Miro Mayfair until 1 March.