Perhaps all the Dragons in Our Lives are Princesses

The exhibition aims at examining the ways in which the appropriation and exploration of alternative identities, i.e. conscious "impersonation", conduce the (in-)cognisant revelation of the paradoxes of personhood and society. It brings together live performances, photography, videos and installations. 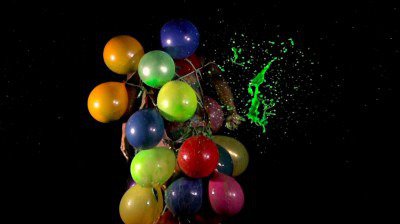 “How could we forget those ancient myths that stand at the beginning of
all races, the myths about dragons that at the last moment are
transformed into princesses? Perhaps all the dragons in our lives are
princesses who are only waiting to see us act, just once, with beauty and
courage. Perhaps everything that frightens us is, in its deepest essence,
something helpless that wants our love.” (Rainer- Maria Rilke, Letters to a
Young Poet, 1929)

Where does the fascination of myths emerge from, if not from their most unlikely and most powerful transformations of things into humans, of people into other people, of animals into humans, and vice versa? In myths a frog can turn into a prince, fire-breathing dragons into princesses, in a split second a pumpkin might mutate into a splendid golden carriage carrying a poor kitchen-maid—who temporarily transforms into a lady—to her prince.
These myths, told and re-told by the people for centuries represent an exception within an ontology, which tends to be dominated by dichotomies and oppositions, by clear demarcations between nature and culture, animals and humans, self and other, or original and copy.1 In myths these clear demarcations are transgressed and even superseded. There is something both uncanny and powerful in these often mimetic transformations and transgressions.
Ideas around the constitution of the human being inform both the criticism and the affirmation of mimetic processes, from Plato's scepticism to Adorno's almost utopian idea of mimesis in art, which derives from the idea that the transformation inherent in the act of a mimesis can overcome the subject / object divide.

Myth and mimesis are peculiar to all cultures and knowledge processes. The importance of mythological narration to mankind's developmental processes is firmly defended by Adorno and Horkheimer, as they criticise the attempt in Enlightenment ideology to replace mystery and myth with rationality and objective sciences.2
Perhaps the magic of the process that one calls mimesis, the “capacity to identify oneself or establish similarities with something else while at the same time inventing something original”3, emerges from the fact that it blurs the lines between Manichean dichotomies and binary polarizations. By focusing on the conscious act of identification or “impersonation”, attention is drawn to the ways in which the “self” emerges through its relationship with others and with the world. The emphasis on the process of identification through mimesis decentres the ego by outlining its emergence in relation to external role models. Ideas of mimesis have therefore played an important role in theories of the social construction and performativity of selfhood, identity, gender and race, which has been investigated as a product of what we see and whom we imitate, rather than predetermined inescapable qualities.

Not only mentally projected but also embodied, the lived experience of “impersonation” is an experience that is phenomenologically given. It sheds light on the centrality of the body as a political site of discourse and on the importance of corporeality in emancipatory discourses. Mimesis has thus been adopted as a radical political strategy to survive the objectification of individuals and to fight authoritarian power (Adorno), but also a feminist tool of resistance (Luce Irigaray).
Processes of mimesis show that the embeddedness of the individual in her/his socio-cultural context always relates to what is already present, but at the same time, within that “impersonification” process, it also creates difference, novelty and originality, and thereby establishes new benchmarks. The creation of something new, the embodiment of it, the transgression of known boundaries and aesthetics through the conscious act of constructing an identity is a tool of liberation.

The exhibition Perhaps all the Dragons in Our Lives are Princesses aims at examining the ways in which the appropriation and exploration of alternative identities, i.e. conscious “impersonation”, conduce the (in-)cognisant revelation of the paradoxes of personhood and society. Framed around concepts of “corporeality”, “personality” and “materiality”, the exhibition brings together live performances, photography, videos and installations that investigate the desire to pass as someone or something else, i.e. the concept of somatic morphing.

2 „Myth is already enlightenment, and enlightenment reverts to mythology” Adorno and Horkheimer wrote in Dialectic of Enlightenment, stressing that the rationality that was presenting itself as the dissolution of myths through the elaboration of an objective science was finally reverting to myth and into fear. “Enlightenment, understood in the widest sense as the advance of thought, has always aimed at liberating human beings from fear and installing them as masters. Yet the wholly enlightened earth is radiant with triumphant calamity. Enlightenment’s program was the disenchantment of the world. It wanted to dispel myths, to overthrow fantasy with knowledge” (Adorno, Horkheimer, 1)