Density. His installations often follow a geometrical formula that evokes a minimalist simplicity, designed digitally, his large-scale paintings are similarly composed of a grid-like lattice motif of coloured lines. 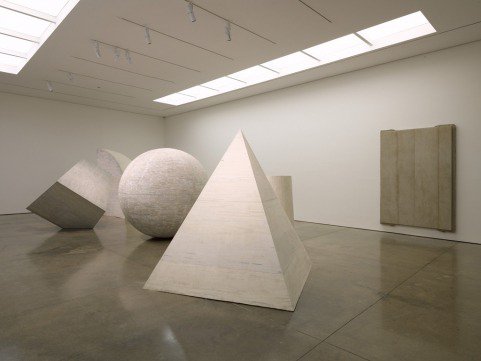 White Cube is pleased to present ‘Density’, an exhibition of new work by Beijing-based artist Liu Wei, his second with the gallery. Working across a range of media Liu Wei creates work that reflects China’s rapidly transforming socio-political and urban landscape.

Part of a new generation in China that grew up in a period of urban expansion, the artist has frequently turned to urban themes in his work. Gleaning the materials for his work from his immediate environment, - he alters and reassembles detritus found on building sites - such as metal piping, wooden slats, old doors and large sheets of canvas - into highly complex sculptural and architectural installations.

His installations often follow a geometrical formula that evokes a minimalist simplicity of line and form. Designed digitally, his large-scale paintings are similarly composed of a grid-like lattice motif of coloured lines. This geometrical motif that recurs throughout his practice follows its own inverted and highly imaginative schema. Liu Wei creates an idiosyncratic system in which all materials - scrap metal, window frames and even the pages of books - are broken down into pure matter and re-ordered according to an unfamiliar set of governances and rules. The title for the exhibition, ‘Density’, evokes the spatial crowdedness of recent urban growth. It also suggests a metaphorical state of pressure and impenetrability, in which art poses questions and prompts new ways of thinking, rather than proclaiming ultimate truths.

Often returning to and reworking previous pieces, Liu Wei vividly conveys the material flux of an architectural and societal infrastructure that is subject to constant change and revision. Balancing between structure and unpredictability, fixity and impermanence, he forges a personal sense of order and meaning out of the turbulence of the contemporary urban landscape.