An exhibition that recasts the relationships between the viewer, the artwork and the artist, between subject and object: an exhibition in which the viewers would no longer look at the works as objects in which to try to recognise themselves, but as forms of thought produced by artists whose multiple points of view they would try to make their own. 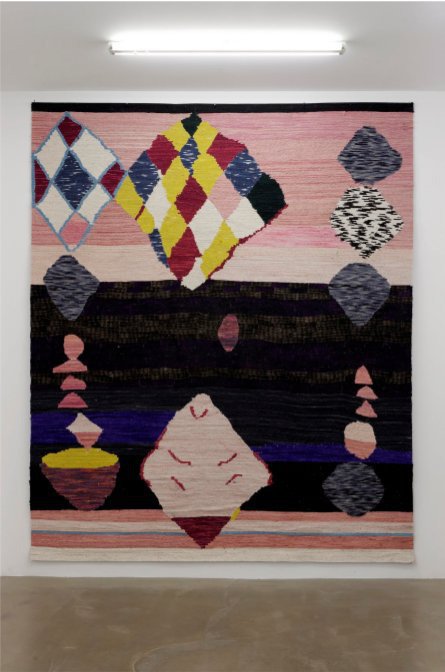 "How do you observe something
from the point of view of the thing observed?"

Anti-Narcissus, whose title we have borrowed here, is a book which by dint of being pondered by its potential 'author,' Brazilian anthropologist Eduardo Viveiros de Castro, ended up not being written. The main point of this imaginary book was to answer the following question: What is anthropology's conceptual debt to the peoples it studies? Viveiros de Castro has opted for answering by writing about this book 'as if others had written it,' the upshot being Métaphysiques Cannibales,* in which he engages with, among other things, anthropological theory/practice such as might be carried out using the conceptual tools of the peoples under study, rather than the traditional tools of Narcissus-mentored Western thought, 'which, by constantly looking at itself in the Other—always seeing the Same in the Other and always asserting that behind the mask of the other is "us" looking at us—ultimately…is only interested in what interests us, which is to say ourselves.'** By contrast, to practise anthropology using the thought modes of the study target presupposes replacing the relationship between knowing subject (the ethnologist, for example) and known object (a people) with a relationship between two subjects who are both knowledge producers, and doing so by asking the 'objects' what they think and by thinking from their point of view. The object of study thus becomes a subject again, one through whom we modify our thought modes in order to gain access to his reality.

Viveiros de Castro works with the thought of the Amazon region, out of which have emerged the concepts of multinaturalism and Amerindian perspectivism. These two concepts reverse the Western nature-nurture model which posits one nature and different cultures: in Amazonia all beings are seen as sharing the same 'cultural' humanity, which can take different 'natural' forms. One culture, different natures. One humanity, different bodies. This humanity is capable of transformation, of assuming multiple human and non-human shapes and the points of view specific to them. Thus multiculturalism and its blind alleys give way to multinaturalism and its attendant perspectivism.

Perspectivism, what's more, is practical. And its practical reach goes way beyond anthropology. So let's imagine moving it into the field of art. Let's imagine an exhibition that recasts the relationships between the viewer, the artwork and the artist, between subject and object: an exhibition in which the viewers would no longer look at the works as objects in which to try to recognise themselves, but as forms of thought produced by artists whose multiple points of view they would try to make their own. Let's imagine that the artists themselves would no longer produce objects, but motive forms whose functioning and conceptual systems they would borrow from the settings out of which these works would take physical shape, and would speak of them as if others had devised them. Such an exhibition would say nothing about the invisible book, or the visible one, or perspectivism, or anthropology, but it would breathe the same air. The participating artists, authors and contributors might not be acquainted with these books, but they would exchange perspectives and absorb points of view. They would produce mutating, equivocal forms with no fixed identity. They would be working at expanding reality.