Urgency and Relevance: A Curatorial Perspective

Urgency and Relevance: A Curatorial Perspective. The public program provides an insider's view of contemporary art through the eyes of international practitioners working at the edge of advocacy and establishment. A part of Asian Contemporary Art Week's critical Dialogues in Contemporary Art series, this year's installment scheduled for fall will be the ninth in a row. 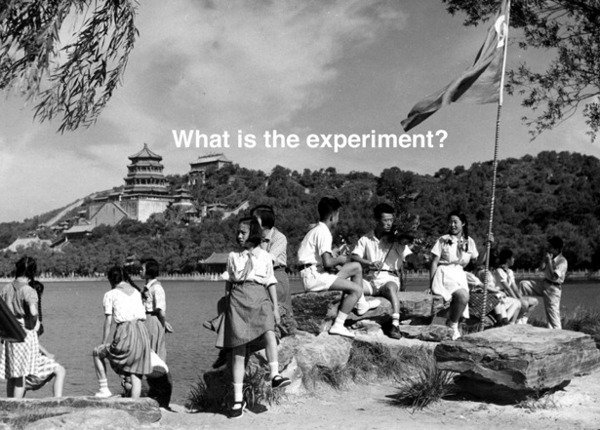 Presented as part of Asian Contemporary Art Week's critical Dialogues in Contemporary Art series, and as a prelude to its ninth installment scheduled for fall, "Urgency and Relevance: A Curatorial Perspective" provides an insider's view of contemporary art through the eyes of international practitioners working at the edge of advocacy and establishment. While representing current priorities in a landscape of new global initiatives, each curator will give voice to diverse practices within various museum models. As told through personal stories of discovery and illustrated by specific case studies, such dynamics as the formation of collections, engagement with living artists, representation of multiple communities, economics of cultural capital, and press of civic life are brought to light through curatorial work.

The program concludes with a reception in the Guggenheim rotunda.

Leeza Ahmady is an independent curator noted for her foundational work concerning art practices in Central Asia. She directs the educational platforms AhmadyArts and Asian Contemporary Art Week (ACAW), which partner with multiple institutions in New York and elsewhere to contextualize the works of artists from all regions of Asia, including the Middle East. She has presented numerous artists through public programs at notable venues such as the Venice Biennale, Istanbul Biannual, Solomon R. Guggenheim Museum, Independent Curators International, Asia Society Museum, Museum of Modern Art, and Asian Art Museum of San Francisco, among others. Ahmady was member of the Agents/Curatorial Team for dOCUMENTA (13) exhibitons and seminars in Kassel, Germany and Kabul, Afghanistan (2010–2012). Other past exhibitions include The Taste of Others at Apexart (2005); The Paradox of Polarity: Contemporary Art from Central Asia at Bose Pacia (2007); Parable of the Garden: New Media Art from Iran and Central Asia at The College of New Jersey Art Gallery (2008); I Dream of the Stans at Winkleman Gallery and MARTE Museo de Arte de El Salvador (2008); Tarjama/Translation at the Queens Museum of Art (2009) and Herbert F. Johnson Museum of Art at Cornell University (2010); No-Mad-Ness in No Man's Land at Eslite Gallery Taipei, Taiwan (2013); and Arahmaiani: Fertility of the Mind at Tyler Rollins Fine Art, New York (2014).

Thomas J. Berghuis is The Robert H. N. Ho Family Foundation Curator of Chinese Art at the Solomon R. Guggenheim Museum. An eminent scholar and researcher of contemporary Chinese art, contemporary Asian performance art, and contemporary Indonesian art, Berghuis previously served as a Lecturer in Asian Art History at the University of Sydney, Deputy Director of the Australian Centre for Asian Art and Archeology, a committee member at China Studies Centre, and a member of the Sydney Southeast Asian Studies Centre. He has curated several exhibitions of contemporary Asian art, including most recently the international group exhibition Suspended Histories at Museum van Loon in Amsterdam (2013). He has held additional curatorial positions including Founding Cocurator for Edge of Elsewhere (2010–2012), Guest Curator for the third Israel Video Art Biennial in Tel Aviv (2006), Principal Cocurator for the first Dashanzi International Arts Festival at the 798 Art District in Beijing (2004), and Associate Curator for the sixth Sharjah International Biennale in the United Arab Emirates (2003).

Melissa Chiu is Museum Director and Senior Vice President, Global Arts and Cultural Programs at Asia Society. A leading authority on Asian contemporary art, she has initiated a number of major initiatives at the Asia Society Museum, including the launch in 2007 of a contemporary art collection to complement the museum's renowned collection of traditional Asian art. In her role as museum director she has also organized major international first-time loan shows with the governments of China, Vietnam, Pakistan, and India. She has curated over thirty exhibitions with artists from Malaysia, Vietnam, China, Thailand, and Japan, among others. Her exhibitions include One Way or Another: Asian American Art Now (2006) with Karin Higa and Susette S. Min; Zhang Huan: Altered States (2006); Art and China's Revolution (2008) with Zheng Shengtian; and Nobody’s Fool: Yoshitomo Nara (2010) with Miwako Tezuka.

Reem Fadda is Associate Curator, Middle Eastern Art, for the Guggenheim Abu Dhabi Project. From 2005 to 2007, Fadda was Director of the Palestinian Association for Contemporary Art (PACA) and worked as Academic Director for the International Academy of Art Palestine, which she helped found in 2006. She has been involved in many international exhibitions, including Liminal Spaces, a four-year artistic and political project consisting of conferences, tours, art residencies, and exhibitions in Palestine, Israel, and Germany; Ramallah Syndrome, part of the Venice Biennale in 2009; and Tarjama/Translation, organized by ArteEast, which featured 30 artists from the Middle East and Central Asia at the Queens Museum of Art, New York, and the Herbert F. Johnson Museum of Art, Cornell University. In 2009, she curated the Riwaq Biennale, Ramallah, with Charles Esche and in 2013, she curated the National Pavilion of the United Arab Emirates at the Venice Biennale.

About Asian Contemporary Art Week
Asian Contemporary Art Week (ACAW) returns to New York in the fall of 2014 (October 22–31) to highlight stellar artistic voices in Asian art today. Now in its ninth iteration, ACAW is a dynamic platform that brings together leading art institutions, museums, and galleries from New York and Asia in order to present the largest showcase of cutting-edge exhibitions, innovative projects, and provocative dialogues. ACAW 2014 introduces Field Meeting, a first-of-its-kind forum outside of Asia that aims to foster opportunities for artists and regional art professionals to network, share their concepts and expertise, and forge partnerships for future collaborations. ACAW 2014 will also present Keynote Works, a major online exhibition as a centerpiece, adding exciting new dimensions to this vibrant citywide event. For participation information, visit acaw.info.