Transformation of the World

The Romantic Arabesque. "The arabesque connects the elements of a world experienced as fallen into fragments". Central to the exhibition is the work of one of the founders of Romanticism, Philipp Otto Runge. 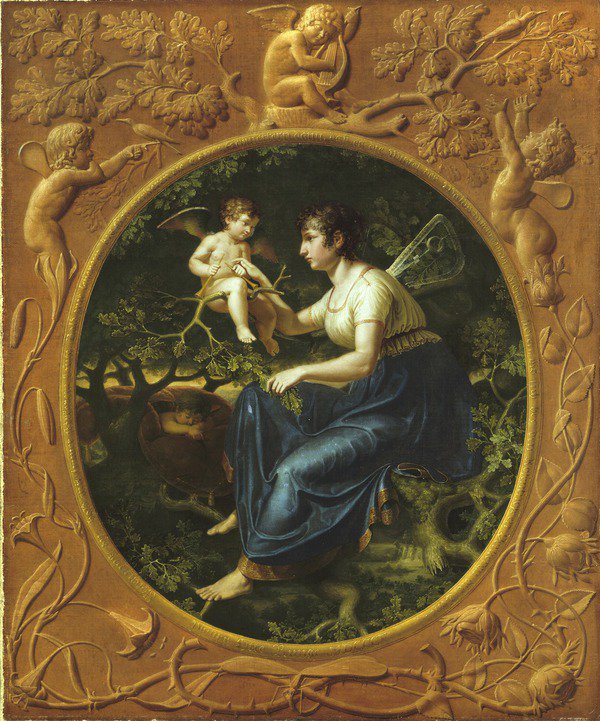 Under the heading of Transformation of the World an exhibition is dedicated for the first time to the ara- besque in Romanticism. In the eighteenth century Friedrich Schlegel (1772–1829) elevated the convoluted play of the arabesque to the structural principal of all poetry. The arabesque connects the elements of a world experienced as fallen into fragments. Its form dominates the subject matter. This all-embracing aspiration is also shared by the arabesque in visual art: it is ornament, poetry and ingenious play of line.

Instead of exhausting itself in mere decoration at the painting’s edge, in the form of floral patterns or playful embellishments, it develops into a primary conveyor of meaning. From cosmological models of the world to cartouches of shares, from complex novel to nursery rhyme, in oil paintings and advertisement, on book covers or on the edges of literary texts – thanks to its diversity the arabesque spans all media.
As the ‘oldest and most pristine form of the human imagination’ (Friedrich Schlegel) it is able to unite elements of most different nature. In accordance with the Romantic idea of the Gesamtkunstwerk it became the signature of an entire epoch.

Central to the exhibition is the work of one of the most versatile artists of the nineteenth century and one of the founders of Romanticism, Philipp Otto Runge (1777–1810). In his work, and in an exchange of ideas with the poet Clemens Brentano (1778–1842), the compositional principle of the Romantic arabesque reached a highpoint. Further emphasis lies to the work of the Nazarene Peter Cornelius (1783– 1867), and of Eugen Napoleon Neureuther (1806–1882), Moritz von Schwind (1804–1871) and Adolph Menzel (1815-1905). Through their works the exhibition traces the rise of the arabesque from a peripheral, primarily decorative phenomenon to a compositional form relevant to all the arts.

The exhibition is accompanied by an extensive 400-page catalogue (€35) with contributions by numerous well-known scholars. The publication has been made possible by the Ernst von Siemens Art Foundation and is available in the museum shops and at www.freunde-der-kunsthalle.de.