Lay of the land

The exhibition culls from artists, primarily based in LA, with a variety of perspectives on both photography and the city itself. 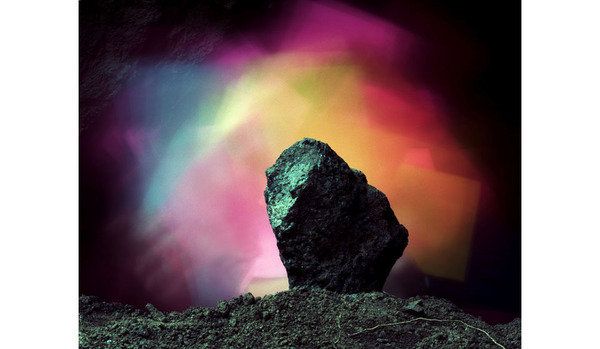 Von Lintel Gallery is proud to present its inaugural exhibition in Los Angeles: Lay of the Land. The exhibition culls from artists, primarily based in LA, with a variety of perspectives on both photography and the city itself that reinforce the reputation of LA as a place for experimentation and of its landscapes as a well of inspiration. Los Angeles yields a rich field of practice precisely because its artistic history and sense of place have never been codified.

Ed Ruscha's Los Angeles Apartments of the 1960s are a crucial part of that argument: this work is photography but not beholden to the medium’s strictures conceptually or technically; similarly the work is of Los Angeles but not beholden to the city’s perpetuated myth. Looking at these pictures alongside Catherine Opie’s mini-malls, Florian Maier-Aichen’s altered image of a snowy La Brea Boulevard, and Peter Holzhauer’s close-ups of mark-makings on city surfaces suggest the broad parameters within which the landscape of this city and the photographic medium can be understood.

Many of the works in this show are generated by a conceptual framework but result in imagery that transcends its own rules. Anthony Hernandez’s images taken inside homeless camps become projects in abstraction and Sharon Lockhart’s photographs pulled from carefully constructed projects suggest two potentials for interior life: labor and pause. Zoe Crosher’s LAX series grounds dreamy lyricism in the banality of the airport motel; describing the investigation of LAX and its surrounding infrastructure as a “non-center, a metaphor for Los Angeles, captured from surrounding satellite positions.” Klea McKenna’s photograms of rain exist on the backdrop of California’s longstanding conditions of drought. Mateo Tannatt’s untitled image of jeans strewn in the branches of a lemon tree becomes a pictograph: a surreal moment of found visual poetry. These images go beyond the circumstances under which they were produced.

Photography can also be a tool that speaks to other kinds of image production. Brice Bischoff’s movements in the Bronson Caves, recorded photographically and producing a colorful haze, suggest opportunities to consider time and its mysteries as much as their environmental backdrop. Amir Zaki’s prints from Time Moves Still demonstrate the potent and quiet combination of multiple moments: fog obscures the architecture on top of seaside cliffs, while the viewer’s back remains to the ocean. Melanie Willhide’s images recovered off a stolen and improperly wiped laptop are deliciously corrupt and, like Zaki’s photographs, deny total access to the presumed content of the work. Soo Kim renders trees from cut paper that are not literally photographic but echo the forms and practices she developed through her photographic work.

Each of the artists in the show creates work with consequences reaching well beyond the borders of Southern California and the photographic medium at large. The legacy of such imagery is that as photography becomes increasingly conversant with other practices, Los Angeles becomes ever more a part of the world.

About the gallery:
Initially founded in Munich, Germany in 1993, Von Lintel Gallery opened in the Chelsea gallery district in 1999. After two decades in business and fourteen wonderful and successful years in New York, we are excited to become part of the burgeoning, vibrant Los Angeles art world. We are drawn by the growing community of artists living in LA and the opportunity to be part of a developing art center; the move to California will allow us to expand our vision and scope. The contemporary art scene in LA presents greater opportunities and flexibility for us and we are excited both to exhibit new artists and to introduce the gallery program to new audiences. And importantly, Thomas von Lintel can't wait to have a lemon tree in his backyard.

For additional information or visual material, please contact the gallery at (310) 559-5700 or email at gallery@vonlintel.com.