Every Mode of Doing Needs Commons: An Uncommon Festival of the Common(s). The exhibition sees artists move us to consider practices in religious communities in a new light. The practices shown here are centered on ways of living, working, thinking and acting, or merging self-work with collective work. 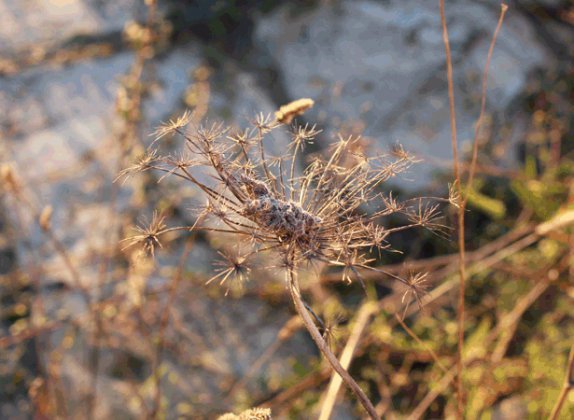 curated by director Binna Choi, with the contribution of curators Jason Waite and Sanne Oorthuizen

While New Habits apparently refers to the institution's new habitat, new rhythm, and new modes of working, this project exhibition also functions as a thought experiment with a broader agenda, asking: Would practicing according to common habits enable an autonomous community, and if so, what would be the habits of a commoning community?

A habit is an everyday expression of unintentionally obtained and individually embodied knowledge. The term "habit" is often loaded with negative connotations; habits are to be broken or unlearned. New Habits proposes that we rethink the notion of the habit as a form of life central to community formation, in negotiation with the governing rules and laws. New Habits looks for shared, communal habits or forms of life marked by a non-capitalist ethos of commoning, as a necessary counterpoint to direct action and representative politics.

Italian philosopher Giorgio Agamben's recent analysis of Franciscan practices in calling for a new politics provided a major theoretical impetus for New Habits. Under the guiding virtue of "highest poverty" from their formation in the thirteenth century the Franciscans lived a form of common life that incorporated but defied established rules and norms of the Church.

Against the backdrop of Casco's new building, a former Franciscan sisters convent, the exhibition sees artists like Andrea Büttner move us to consider practices in religious communities in a new light, while Christian Nyampeta examines what it is to "wear" a "habit" in both literal and symbolic terms. Upon this bedrock of habit formation, the practices shown here outline "new habits" centered on ways of living, working, thinking and acting, or merging self-work with collective work. Ayreen Anastas and Rene Gabri share the "production" of images and thoughts for the commons, almost indistinguishable from the artists' everyday rhythms of life, while engaging with various initiatives in Utrecht such as Kritische Studenten Utrecht, Feministisch Verzet, and STRO. Andrea Fraser presents us with psychoanalysis as a crucial tool to deconstruct and reconstruct one's "habitus," particularly of the art world, whereas Tehching Hsieh challenges us as to the given notion of time and publicness for one's artistic practice. Documents of Yvonne Rainer's movements inspire us in coping with conventions imposed on our body and reestablishing our own continuum of time; continuing this strand, the exhibition also offers us a glimpse of private communal exercises organized by Casco three years ago with Sung Hwan Kim. The key motivation of these exercises was to allow divergent rhythms of life in common, against today's accelerating pace. Aimée Zito Lema excavates forms of cooperative life among workers in the textile industry. The exhibition also disseminates bioswop, an online platform to exchange and reassemble people's CVs, a project initiated by Natascha Sadr Haghighian.

In addition, Casco explores the indistinctive zone between its institutional status and its desire to stimulate alternate ways of life. This zone is materialized in the new multi-functional office space designed by Jesko Fezer and Andreas Müller with Maximilian Weydringer, with an indoor garden composed by Wietske Maas on the basis of plant behaviors. The office also serves as the locus for the team's cooperation within Annette Krauss's unlearning sessions, in which we try to deconstruct certain working habits of ours. The new set-up involves engaging with Ienke Kastelein's artist studio next door, and In De Ruimte—an unusual open and social space in the basement of the building.

New Habits is an aesthetic project as much as a project of ethics and new politics. It attempts to merge art and life once more, but rather than trying to "abandon the art world" (as in the 1960s), the focus is now on articulating and practicing forms (of life) within and against the institution.

New Habits is curated by director Binna Choi, with the contribution of curators Jason Waite and Sanne Oorthuizen. Needless to say its materialization would have been impossible without the rest of the team: Janine Armin, Ester Bartels, Marleen de Kok, Yolande van der Heide, Ying Que, and Suzanne Tiemersma, and the additional support of interns Deborah Sielert, Malcolm Kratz, and Sofie Wierda. The graphic design for the exhibition is by David Bennewith with Virginie Gauthier.

Casco's program is made possible with the financial support of City Council of Utrecht, Mondriaan Fund, DOEN Foundation, and K.F Hein Fonds. New Habits is provided additional support from LG Electronics, Video Data Bank, and Utrecht Archive and organized in the framework of Practice International, a collaboration with Iniva in London and Iaspis in Stockholm, supported by European Union Culture Programme.

Opening festival 1 May 2014, 18h
Opening festival: 'Every Mode of Doing Needs Commons: An Uncommon Festival of the Common(s)', 1–3 May, www.commoningtimes.org