Andreas Gursky's photographs frequently depict the landscape and structures of late capitalism. "Alex Perweiler has a show at white cube with paintings". Peter Sutherland captures vignettes of American iconography. Brendan Lynch has focused on the history of the programme at the Bermondsey gallery and the way it has been presented to the public. 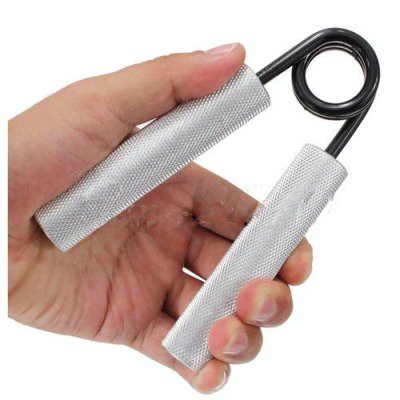 White Cube Bermondsey is pleased to present an exhibition by Andreas Gursky, his first in London since 2007 and his second with the gallery. Gursky’s photographs frequently depict the landscape and structures of late capitalism; its sites of industry, leisure and consumption with sharp and critical acuity. In this exhibition, which includes both new and earlier work, Gursky addresses aspects of both high and low visual culture, exploring the themes of image manufacture and exchange, as well as ideas of authenticity, ownership and control in our increasingly digitised age.

The museum as a site of consumption and arbiter of market forces is the subject of the works Lehmbruck I (2013) and Lehmbruck II (2014). These two new works present the distinctive glass and concrete architecture of the Lehmbruck Museum in Duisburg, adjusted to appear more like a stage set, with a selection of iconic works of art and an audience of one or two carefully placed figures. The interiors have been shot from a characteristically elevated vantage point, which serves to emphasise the hieratic nature of museum architecture.

Kirchentag (2013) and May Day IV (2000/2014) depict the hive-like activity of two mass festival gatherings in Germany. Seen from an aerial perspective, individuals are only just discernible, reduced to tiny presences, busy with their own personal activities but adhering to the crowd. The works recall the micro/macro expediency of the film Powers of 10 (1977) by Charles and Ray Eames, but condense this tension into a single, large-scale image which contrasts a feeling of infinite expanse with repetition and detailed precision. This sense of mass in these works is enhanced by their all-over compositions, formally echoed in the Ocean and Bangkok works. In Bangkok V and Bangkok VI (2011), dramatic patches of light and reflected neon are caught on the surface of rippling water on the Chao Phraya river in central Bangkok. Their linear compositions recall abstract painting but, on closer inspection, reveal the flotsam and jetsam of daily life. In Ocean II (2010), Gursky presents a fractured sense of the world: an azure expanse of sea bordered by the edges of unidentifiable land masses. Like Kirchentag and May Day IV, it transforms familiarity into otherness, presenting a fragment of something unfathomably large to create a sense of dislocation and disorientation.

North Gallery I, Inside the White Cube

Perweiler has a show at white cube.

has a show at white cube with paintings.

a show at white cube with paintings of struck deli matchbooks.

show at white cube with paintings of struck deli matchbooks and sculptures.

white cube with paintings of deli matchbooks and sculptures of stacked rubber weight room flooring in the shape of a bench.

cube with paintings of deli matchbooks and sculptures of stacked rubber weight room flooring in the shape of a bench next to a video.

with paintings of deli matchbooks and sculptures of stacked rubber weight room flooring in the shape of a bench next to a video of Niagara Falls.

paintings of deli matchbooks and sculptures of stacked rubber weight room flooring in the shape of a bench next to a video of Niagara Falls repeating.

Working with painting, photography, sculpture and film, Peter Sutherland captures vignettes of American iconography in his work. Travelling around the USA, Sutherland has photographed a variety of Americana imagery, from the East to the West coast. By overlaying and collaging his own photographic material, he makes associations with pop and cult imagery, opening up possibilities for interpretation. Printed onto perforated vinyl and glued onto standard plywood, or onto rocks bought by the artist at flea markets in Arizona, these photographs take on a sculptural life, as in the work Taco Bell’s Burnt Menu (2014), where an image of a fire taken on a ranch in Colorado, is printed onto vinyl and glued onto industrial chip board. In A Reason to Wear Ridiculous Gear (2013), Sutherland has photographed a pair of 1990s skis, which are covered with collaged stickers depicting familiar slogans like ‘Free Tibet’ or well-known logos. The work alludes to the West Coast’s relaxed attitude and lifestyle but as with all of the artist’s work, its anecdotal narrative opens up endless possible interpretations and taps into collective memories.

For his Inside the White Cube exhibition, Brendan Lynch has focused on the history of the programme at the Bermondsey gallery and the way it has been presented to the public. By analysing its systems of display, taking its cue from Brian O’Doherty’s 1976 seminal essay ‘Inside the White Cube, the Ideology of the Gallery Space’, Lynch investigates the point where ‘we see not the art but the space first’. He is interested in the architecture of the space, the flawless conditions of the cube and the proposed ‘vacuum created by such a viewing chamber’.
In this exhibition Lynch presents a new series of works which use and abstract the imagery from past exhibitions with the artist’s gesture being the only addition.