The game only ends when it is over

Art exhibition on the football world cup 2014. The exhibition focuses on video art, photography and sound art, examining the current state of football and its ties to society and culture. 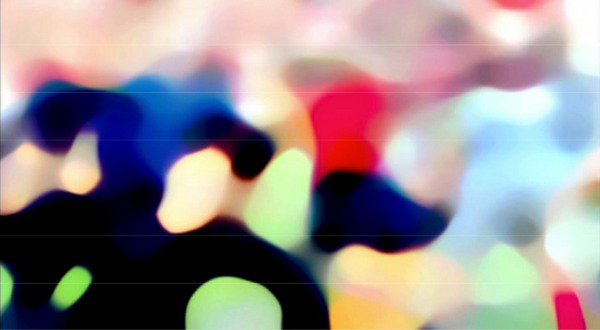 The art exhibition „The game only ends when it is over“ on the Football World Cup 2014, will be on show from the 6th of May at the Federal Foreign Office in Berlin. After a twelve- leg tour in South-America, it is now Berlin’s turn to host this highly anticipated exhibition, which will also be held in Nuremberg and Wiesbaden from May 2014 onwards. The exhibition focuses on video art, photography and sound art, examining the current state of football and its ties to society and culture.

The Berlin exhibition will present video art, set in Berliner artist Olaf Holzapfel’s unique installation, which is simultaneously an autonomous work of art whilst also providing the exhibition setting for the other works. The colourful construction consists of sixteen rectangular cubicles, with twelve of these containing screens on which video art works can be seen.A football world championship is more than just a sports event, as is apparent from the current protests in Brazil. Aside from economical interests, cultural and financial implications play an important part. The exhibition of the Rio Goethe-Institut approaches these themes from an artistic point of view.

“More than other types of sport, indeed, more than many other societal phenomena, football provides a narrative structure, a visual languages and an allegorical richness, making it particularly suitable to be transformed into art. Epic, dramatic, tragic and comical elements all blend together in this great game, which, in spite of all the charts, still has something pre-modernistically unproductive about it.

An exhibition about football is very different from a game shown on television or public viewing, since the artists have removed themselves as far as possible from the affirmative spectacle, seeking out the hidden sides of football instead or those seemingly less relevant games that don’t take place in the big stadiums. The right place for football is usually the least expected one, a rule that incidentally can also be applied to contemporary art,” says Alfons Hug, director of the Goethe-Institut in Rio.

The Nuremberg and Wiesbaden exhibitions will have a particular focal point as well. Nuremberg boasts the The German Academy for Football & Culture, a unique resource covering the wide spectrum from sports entertainment to cultural enquiry. The Kunsthaus will present a sound installation by Lukas Ligeti as well as twelve selected works of video art.

A highlight is the project A Woman’s Goal – Afghanistan women’s national female football team by artist and photographer Lela Ahmadzai. The exhibition will be accompanied by a world championship poetry-slam, a plein-air cinema showing short films on football, music, artist talks and possibly the city’s cosiest public viewing location providing an opportunity for exchange between (inter)national artists and (football)audiences. In Wiesbaden, the „city of the players”, the elegant yet playful aspect of football is brought to the foreground through the architecture of the exhibition. 13 selected positions create a voyage across two floors, through the generously proportioned rooms of the monumental villa. On the 13th of July, the same date at which the new world champion will win the finale, the Wiesbaden exhibition will end as well.

The exhibition is curated by Alfons Hug, director of the Goethe-Institut in Rio.

Additional information can be found at:
http://www.goethe.de/ins/br/rio/deindex.htm