Contemporary Artists from the Nordic Countries. This exhibition is an example of the artist's involvement in communicating and distributing artistic ideas by stablishing models of self-representation. As a result of this involve ment, artists reflect on their own role as either a guest or a host within the project. 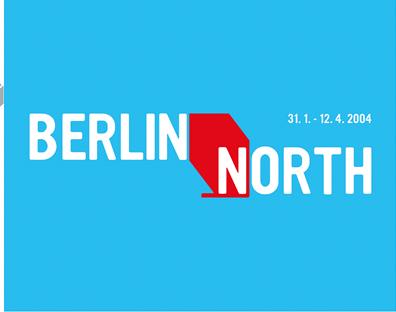 Contemporary Artists from the Nordic Countries
31. January to 12 April 2004

As a result of this involve ment, artists reflect on their own role as either a guest or a host within the project.

Building upon the notion of "open source", sharing ideas and knowledge, Sparwasser has invited other artists and art related people to contribute to the conceptual framework.

This is an attempt to leave behind the cliche of the self-sufficient, introverted genius, that constitutes our perception of the artist since modernism.

In the process of researching on collectives and mapping of networks, the issues of self-organization, self-representation and alternative models of economy are raised.

Besides the exhibition project Sparwasser HQ/ Lise Nellemann organizes a program of meetings and dialogues in the auditorium of Hamburger Bahnhof.

The Artists and Projects

Big Hope
(2m x 2m live game area)
As counterpoints to the overwhelming dominance of the logic of global capitalist economy and in addition to their ongoing project "Talking About Economies", the artist group "Big Hope" have built a large scale game to be "played" by people visiting the exhibition space. Through engaging with the piece by making brief interactions and contributions that represent symbolically the ideas of various alternative economic systems, the game's content can be sustained and expanded for future "players".

Susan Philipsz
(one video (from 16mm), one sound piece in the staircase, one sound piece in the exhibition room) Susan Philipsz is interested in the spatial properties of sound and the relationships between sound and architecture. In her soundworks she investigates the emotive and psychological properties of sound. In the film "Returning" Philipsz depicts passers-by as they experience reverie and private moments in public, whereas the sound track proposes a private space that the listener has been allowed to enter into. Using her own voice she attempts to trigger an awareness in the listener, to temporarily alter their perception of themselves in a particular place and time.

Michael Stevenson
(a sculpture, a book)
The Slivovitz decanter "The hidden Hand" (???) is a distillation from a large scale installation "This is the Trekka", The decanter takes one of the salient themes of the Trekka project: the contribution of the former east bloc to the development of a national car in New Zealand at the height of the cold war. As it turned out all mechanical parts necessary for this symbol of first world nationhood were acquired by trade and barter with the Czechoslovakian state manufacturer Motokov. After signing this joint partnership the delegates were plied with Slivovitz. In this way the decanter becomes a conversation piece for the wider project and a contemporary metaphor for a nation in search of artistic autonomy.

Heman Chong/ NoSleepRequired
(a video essay, a chair)
"The Social Seduction" is a video-essay constructed from a single take of an interview between the artist Heman Chong, and the curator Gretchen Lee. The result is possibly a caricature of what we have come to identify with as "art-speak", "talking the talk" that swings between intensity and pure ennui. The piece reflects on the relationship between knowledge and dialogue, a system that is generally utilized as a method of generating instant "ready made" essays within our media saturated world today.

Lasse Lau / Kenneth A. Balfelt
(documents on wall, video, flyer)
A city like Berlin reveals many "alternative " structures, structures that often work levels parallel or in opposition to established economic and political powers and therefore challenge new esthetical thinking about representation in places like Hamburger Bahnhof. Lau and Balfelt focus on self-organized projects that take on a social responsibility in the Berlin society. Projects that correspond with the artists own praxis in using art as a tool to communicate and solve potential conflicts in society.

Reinigungsgesellschaft
(a video essay)
Reinigungsgesellschaft is working on field research dealing with informal artist's networks in Japan. The goal is the preparation of points of reference and the mapping of an exemplary case study, taking a starting point in following 3 thesis:
Thesis 1: Growing Pressures on social relations to economise lead to greater solidarity and to the formation of informal artist 's networks.
Thesis 2: The formation of group identities has effects on artistic contents.
Thesis 3: Spheres of artistic action consciously choose society as a system of references for their own production.

Karl Holmqvist
(a book, a video of images)
The departure for Karl HolmqvistZs installation is his own designed artist's book of mock haiku poems called THE K. PROTOCOL. Inside there is something like a clash or merging - depending on how you see it - between traditional Japanese aesthetic appreciation and Western pop culture. If nothing else, a comment maybe on the slipperiness of national identity and the necessity for reaching beyond preconceived notions of what is what.
Together with the book at Hamburger Bahnhof there is also a DVD slideshow in a small site specific installation, further bringing in topics such as imaginary travel, street style and political engagement.

DellbrÃ¼gge & de Moll
(2 pieces of working clothes, Wallinstallation) "Dresscode: colorcoded clothing for museumguards" "Dresscode" is the label by DellbrÃ¼gge & de Moll for colorcoded working clothes. The design derives from the attitudes and the behaviours of its wearers. Their profiles can be deciphered by a specific colorcode. Looks like fashion, but in fact is data. Alice and Inga will wear prototypes of the dresscode and thus embody rather guides than guards. Control is being replaced by communication.

"Consequenses of summer, dialogues on artistic production and contemporary cultures"
Live program of meetings and dialogues in the auditorium of Hamburger Bahnhof. The archive: in the exhibition room we show an archive of 28 artist presentations and dialogues, video documented in Sparwasser HQ during June, July and August 2003.

The archive "old habits die hard" is a hosted project with 50 international artist collectives, that have invited another 50 artists to send a video work, as participants. It is a mapping project, which shows the potential of the internet and the possibility of communication and building up a network.

- with the exhibition a catalog has been published