Under the Same Sun

Art from Latin America Today. The exhibition features contemporary works by 37 artists from 16 Countries. It presents artistic responses to the past and present - which have been influenced by colonial and modern histories and social inequality - and explores the possibility of the construction of alternative futures. 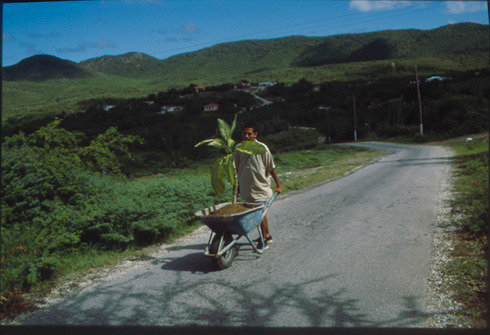 Richard Armstrong, Director of the Solomon R. Guggenheim Museum and Foundation, stated: “The Guggenheim has a long history of engagement with Latin American art, beginning with The Emergent Decade: Latin American Painters and Painting in the 1960s, an exhibition organized by former Guggenheim Director Thomas Messer in 1964. With Under the Same Sun: Art from Latin America Today, the Guggenheim UBS MAP Global Art Initiative adds to our growing collection of contemporary Latin American art and provides the opportunity to engage visitors in meaningful dialogue about the many variations of identity and culture in Latin America.”

“The Guggenheim UBS MAP Initiative gives us the opportunity to redraw cultural and artistic maps, to remove boundaries, and to create new relationships between different artistic centers,” León de la Barra stated. “The term peripheries no longer applies; we’ve learned to recognize that what’s happening elsewhere is as important as what’s happening in what used to be the centers. The more aware we are, and the more in dialogue we are with what’s happening, the more we will learn as artists, as people, and as communities, and the more we will be able to create new ways of thinking.”

Exhibition Overview
The exhibition examines the diversity of today’s creative responses to complex shared realities, which have been influenced by colonial and modern histories, repressive governments, economic crises, and social inequality, as well as by concurrent periods of regional economic wealth, development, and progress. Despite financial growth and increased stability in most of the continent over the past decade, it remains divided by social and ethnic differences and marked by political and economic shifts. León de la Barra’s exhibition presents artistic responses to the past and present that are inscribed within these contexts, and explores the possibility of the construction of alternative futures.

The artists in the exhibition are:

The artworks in Under the Same Sun: Art from Latin America Today are organized according to the following themes:

• Conceptualism and its Legacies includes works by pioneering Latin American Conceptualists who were active in the U.S. during the 1970s and ’80s, many of whom are still working today. These figures infiltrated and questioned the artistic and political mainstream, attempting to intervene in social reality and propose a narrative in marked contrast to that of the North American and European Minimalist and Conceptualist artists, whose works are often rooted in ideas of autonomy and immateriality.

• Tropicologies acknowledges the effects that climate, nature, and location have on cultural production, but argues that being “tropical” goes beyond weather and geography. Works in this section also re-evaluate the knowledge of native Amerindian cultures, reactivating their aesthetics and symbolisms.

• Political Activism addresses social and political context, and confronts the ways in which Latin American artists have steered aesthetics toward denunciation and dissent, protesting against foreign political and economic influences, dictatorial political regimes, and the violence of the drug trade.

• Modernism and its Failures questions the disjunction between modernity’s ideals and its imperfect realities, and includes work by artists dealing with the legacy of modernism today.

• Participation/Emancipation examines the possibilities of participation through art. Works will invite visitors to understand art as a participatory experience, not only as an object of contemplation.

Education and Public Programs
A dynamic, customized set of audience-driven education programs, both at the exhibition venues and online, will accompany the exhibition. Public programs at the Guggenheim Museum will include artist lectures and performances, film programs, curatorial workshops, an academic symposium, and public tours in both English and Spanish. Education tools developed for the exhibition include a bilingual family and teacher's resource guide, family and school programs, teacher's workshops, and a multimedia app.

Guggenheim UBS MAP Online
The Guggenheim UBS MAP online platform encourages a cross-cultural dialogue about contemporary art and cultural practice in the initiative’s three regions of focus. Guggenheim.org/MAP features videos about and featuring the artists, curators, public programs, and exhibitions; access to learning tools, such as Curriculum Guides and Family Guides; archival transcripts and audio from symposia and workshops, in-depth artist profiles, and three blog series which examine cultural production, research, and dialogue in the regions. Perspectives includes written texts, audio, and video from curators, art historians, artists, and regional experts who share their viewpoints about artistic production and everyday life in their respective countries; Dispatches highlights research visits by Pablo León de la Barra across the region; and On the MAP features upcoming programming, insights, and highlights from the Initiative, as well as links to events relevant to the MAP regions.