Bringing the World into the World

The exhibition showcases a diverse body of works exploring the formal and conceptual principles of panoramas as devices of wonder and the many ways in which we see, imagine, and comprehend worlds both familiar and unfamiliar. 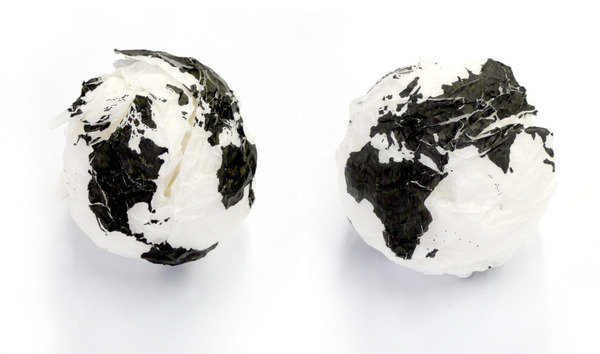 Bringing the World into the World is an exhibition exploring the physical and intellectual experiences of the act of seeing. The show is inspired by the largest object in the Queens Museum’s collection, the Panorama of the City of New York, a 9,355 square foot scale model of the metropolis commissioned by master builder Robert Moses (1888-1981) for the 1964-65 New York World’s Fair. At its 50th anniversary, the Panorama remains the world’s largest and most comprehensive model of an urban environment. Throughout its existence, it has continually served as a departing point for many artistic interventions addressing cinema, surveillance, mass media, memory, city planning, and urban spectacle.
Recapturing the allure and the wide-eyed amazement triggered by this historical artifact, Bringing the World into the World also revisits the historical panorama—the crowd-pleasing spectacle of a 360-degree circular painting—and its concepts and roles in the development of 19th century visual culture. Taking its title from a series of works by Alghiero e Boetti (1940-1994), Mettere al mondo il mondo (“Put the World Into the World”), the exhibition adopts Boetti’s vision that art and the world contain, and are contained by each other.
To that end, Bringing the World into the World showcases a diverse body of works exploring the formal and conceptual principles of panoramas as devices of wonder and the many ways in which we see, imagine, and comprehend worlds both familiar and unfamiliar.

Bringing the World into the World is organized by Hitomi Iwasaki, Director of Exhibitions and Curator at the Queens Museum. Blagovesta Momchedjikova, Ph.D., acts as a consultant for the exhibition and editor for the accompanying publication, An Incomplete Visitor’s Guide to Panoramas, a mini-encyclopedia of ideas, artists and their work, and historical facts that are relevant to visual representation today.

Bringing the World into the World is supported by the National Endowment for the Arts, Ford Foundation, Japan Foundation, Asian Cultural Council, New York, and Lehmann Maupin, New York and Hong Kong. Additional support from the New York City Department of Cultural Affairs and New York State Council on the Arts with the support of Governor Andrew Cuomo and the New York State Legislature.

Opening Saturday, June 14 5:00pm – 8:00pm
PROGRAMS:
4:30-6:00 pm
Solar System Walk, Vol. 1
Guided 1.5 hour tour of Chris Burden’s Scale Model of the Solar System (placed in the Museum to a mile away) led by artist Nate Carey. Meet at Pluto (Leo’s Latticini, 46-02 104th St/718.898.6069) and track other planets in various off-site locations to the Sun situated at the Queens Museum. This is the first of three tours organized by Amateur Astronomers Society of Voorhees which will take place throughout the run of the exhibition. The second and third tour will be led by educator, PJ Gubatina Policarpio, Astrophysicist, Dr. Emily L. Rice, and friends of Astronomy on Tap, dates TBA. For more information and to RSVP (free, but spots are limited) please email: exhibitions@queensmuseum.org )

6:30 – 7:00 pm
City-rama: Looking In/Looking Out
Special guided tour of the Panorama of the City of New York, the largest object in the exhibition. Blagovesta Momchedjikova, Ph. D. and a veteran Queens Museum Panorama tour specialist, will take you through the world of the “gigantic miniature” with special focus on the significance of scale and illusion, as addressed also by the works of Chris Burden, Ray and Charles Eames, Yumi Kori and Jessica Rylan on view in the Panorama.