Magic Numbers. Since coming to prominence in the early 2000s, Johnson has forged a nuanced and diverse body of work that explores the complex contemporary and historical forces that shape identity. The exhibition features a site-specific installation of works. 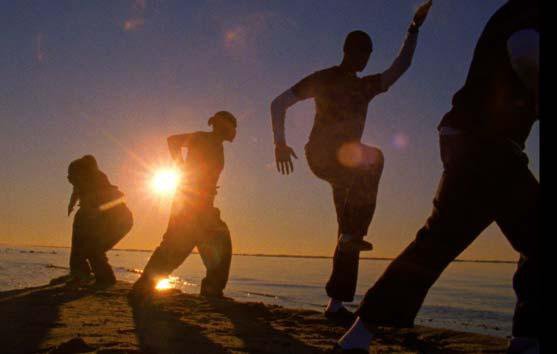 The George Economou Collection is pleased to announce Magic Numbers, a solo exhibition by American artist Rashid Johnson (b. Chicago, 1977), opening in Athens on June 20, 2014. Curated by the artist in collaboration with Katherine Brinson, associate curator at the Guggenheim Museum New York, and Skarlet Smatana, director of the Economou Collection, the exhibition features a site-specific installation of works largely conceived on the occasion of the exhibition.

Since coming to prominence in the early 2000s, Johnson has forged a nuanced and diverse body of work that explores the complex contemporary and historical forces that shape identity. His paintings, photographs, videos, and sculptures draw on a shifting corpus of references spanning music, literature, intellectual history, and pop culture, interwoven with dense autobiographical valences. His installations often take the form of wall-mounted shelves that suspend together found objects such as books, vinyl records, CB radios, plants, and oyster shells, imbuing them with a new, talismanic significance. In recent years, Johnson has also increasingly worked in a purely abstract vein, mining the legacy of modernist abstraction while exploiting the unique expressive potential of his vocabulary of unconventional materials.

Magic Numbers takes as its starting point a film by Johnson in the George Economou Collection, The New Black Yoga (2011). This emblematic work grounds a group of new paintings and sculptures that advance a number of longstanding formal and conceptual impulses in the artist’s oeuvre. In the first gallery, a wall of mirror tiles will form the backdrop to a configuration of objects charged with intensely personal symbolism as well as broader cultural inflections. In relationship to this monumental work, Johnson has drawn on the forms of Brazilian modernist furniture to create an enigmatic vessel for one of his most resonant materials, shea butter – the unctuous fat derived from a nut indigenous to Africa that is prized for its healing emollient properties.

1At the heart of the exhibition will be a gallery devoted to The New Black Yoga, a short film that depicts a group of five young African American men in a sublime natural setting performing a series of choreographed movements that are in turn balletic, athletic, and martial. Originating in the artist’s absurd experience of attempting to participate in a yoga class conducted in a foreign language, the work broadens into a disorientating collision of codes and signifiers, playing on Johnson’s pervasive interest in constructing fictive fraternal collectives and ambiguous rituals. The video begins and ends with the image of a crosshairs target – a symbol appropriated from the logo of hip hop group Public Enemy which here takes on a more oblique, runic connotation.

The crosshairs icon will resurface in the final gallery, where Johnson’s sculpture Black Steel in the Hour of Chaos (2012) functions as both a stark portent of aggression and a serene study in geometric forms. It will be installed with a group of abstract compositions that deploy burned wood, cast bronze, black soap and wax to forge surging topographies interrupted by the artist’s additive and subtractive mark-making. Together, the works in the exhibition will channel Johnson’s current preoccupation with notions of hybridity and metamorphosis, cohering into an immersive environment freighted with narrative possibilities.

The exhibition is accompanied by an illustrated catalogue that includes an essay by Katherine Brinson, associate curator at the Guggenheim New York.

Rashid Johnson was born in Chicago in 1977 and currently lives in New York. He has a BA in photography from Columbia College and attended graduate school at the School of the Art Institute of Chicago. His work is in the collections of the Museum of Contemporary Art Chicago, Art Institute of Chicago, Whitney Museum of American Art, Seattle Art Museum, Brooklyn Museum of Art, and Detroit Institute of Art. Solo exhibitions include ‘New Growth’ that opened in 2013 at Ballroom Marfa and later toured to the Museum of Contemporary Art, Denver; ‘Message to Our Folks’ at MCA Chicago (2012), Miami Art Museum (2012), and ‘Shelter’ at South London Gallery in 2012. His work has been featured in major group exhibitions including MAMbo Museo d’Arte Moderna, ‘CARA DOMANI’, Bologna, Italy (2012), MIT List Visual Arts Center, ‘In the Holocene’, Cambridge MA (2012), Rubell Family Collection, ‘American Exuberance’, (2011); and in 2011 was featured at the International Pavilion of the 54th Venice Biennale. He was one of the nominees for the Guggenheim’s Hugo Boss Prize 2012, and the winner of the 2012 High Museum’s David C. Driskell prize that honours excellence in African-American art and scholarship.

The George Economou Collection is a private collection located in Athens, Greece. Rooted in history, social awareness and aesthetics, the collecting activity began evolving in the 1990s with a focus on early twentieth-century European art and has expanded to include an important holding of postwar and contemporary art. With a desire to share the creativity of the artists represented in the collection, the George Economou Collection organizes two to three exhibitions per year in the space in Athens and collaborates regularly with international institutions and curators. Reflecting the interest for socio-cultural awareness and the historical dialogue, these projects aim to create new opportunities for the public in Greece and abroad to engage with art.