Chemist Erich Stenger's collection is integrated into the Agfa collection, holding at the Museum Ludwig. 'The Museum of Photography. A Revision' comprises approximately 250 photographs and objects. 'Intractable and Untamed: Documentary Photography around 1979' features one series for each of the thirteen artists and photographers represented in the museum's collection. 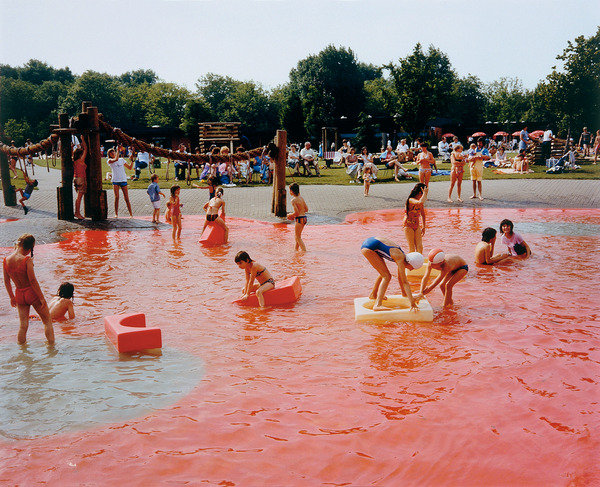 The Museum of Photography. A Revision

A ghost has been haunting podiums, periodicals, and arts pages for decades: the ghost of the photography museum. “We need one,” say advocates; “really?” counter opponents. Chemist Erich Stenger (1878–1957), a passionate collector of photographs, viewed them not as art, but as technological evidence. Yet the way he envisaged presenting them was in a museum. At an early date he called for the establishment of a (technology-based) museum of photography, accumulating items for it and drawing up a display plan. Among the first collectors of photography, he amassed holdings of nineteenth-century landscapes, portraits, photographs taken by airmen in World War I, portraits framed as decorative items, prizewinning pictures of animals from the first half of the twentieth century, caricatures about photography, and much else besides. As a scientist, Stenger collected data and represented it in the form of tables and diagrams. That is also how he ordered everything relating to photography that he could lay his hands on. He distinguished some one hundred categories, from architecture photography to trick photography. His museum was to resemble an encyclopedia of photography, and in that sense he was very much a man of the nineteenth century. He showed his collection at most major photography exhibitions held during his lifetime, including Pressa in Cologne in 1928.

Stenger’s collection is now integrated into the Agfa collection, which in turn forms an important part of the photography holdings at the Museum Ludwig. The items amassed by Stenger now therefore constitute a museum within a museum—within an art museum, in fact. How is an art museum to deal with a collection of this kind? Individual items and sections from it have been exhibited since the early years of the twentieth century. At the Museum Ludwig it has been represented in Facts (2006), Silber und Salz (Silver and Salt; 1988), An den süssen Ufern Asiens (On the Sweet Shores of Asia; 1989), and many other shows. Stenger’s ideas about his collection are now being spotlighted and presented under one roof. This seems appropriate at a time when museums and archives are the subject of heated debates and intensive self-examination. As institutions, they shape and regulate cultural memory; and photography in museums, in particular, influences our view of the past and the present. This function of the Stenger collection acquired semi-official status in 2005, when it was named a national cultural treasure. That is reason enough to subject it to a reappraisal, re-examining its contents, the criteria governing its accumulation, and the ways in which an art museum might want to approach it today.

The exhibition is supported by the Ernst von Siemens Kunststiftung, the Landschaftsverband Rheinland (LVR), and the Kunststiftung NRW.

Intractable and Untamed: Documentary Photography around 1979

In his short book Camera Lucida, written in 1979 and first published in 1980, Roland Barthes distinguished two responses to photography—its taming by means of aesthetic categories, including authorship, oeuvre, and genre, and its acceptance as an unflinching record of reality relying on untamed effects. Some twenty years later the exhibitions documenta 10 and 11, set up in 1997 and 2002 respectively, proved that viewing photography both as an art form and as a reproduction of reality need not be a contradiction in terms. On the contrary, Okwui Enwezor has shown that in its documentary capacity photography can redefine the relationship between aesthetics and ethics. Today, thirty-four years after the publication of Barthes’s volume, our exhibition examines documentary photographs dating from around 1979 in terms of their aesthetic, ethical, performative, and political engagement with reality.

The far-reaching social upheavals and crises associated with the period around 1979 highlighted the documentary approach as a major artistic concern. In his Age of Extremes: The Short Twentieth Century, 1914‒1991 historian Eric Hobsbawm described the decades after 1975 as a period of crisis. The U.S.A. and the Soviet Union fought proxy wars in Latin America and many African countries in an attempt to cement their spheres of influence; the Islamic revolution took place in Iran; destabilization of the Soviet Union began around 1980; and China developed into one of world’s most dynamic economic regions. In addition, banking policy worldwide led to a debt crisis in the so-called Third World and the power of transnational economies, promoted by revolutions in transport, manufacturing, and communication technology, grew in proportion to the decreasing influence of territorial states.

Artists and photographers monitored and documented these global changes over longer periods of time, generally in the places where they lived. This activity often resulted in a multitude of photographs. The exhibition therefore focuses not on individual images, but on series. It features one series for each of the thirteen artists and photographers represented in the museum’s collection, including Robert Adams, Joachim Brohm, Ute Klophaus, and Candida Höfer. Loans of works by David Goldblatt, Miyako Ishiuchi, and Raghubir Singh complement the collection.

Barthes based his discussion on the immediate emotional effect of single photographic images, on their arousal of feelings of wonder, sorrow, and empathy. His analysis revolved around viewer responses to what he perceived as the essence of photography. By contrast, the exhibition investigates photographs in terms of the documentary approaches they embody. Do they represent an ethnographic view, for example, aimed solely at recording change, or are they linked to a policy of investigative disclosure? Documentary standpoints are revealed not only by the photographs themselves, but also by the way in which they are used. The exhibition thus addresses five sets of issues in relation to each series of photographs: who the photographers were or are; when and where the photographs were taken; who commissioned them; where, how, and with which target audience in mind they were first published; and the extent to which they open up possibilities for photography today.

The catalogue, which contains an introductory essay and a text on each of the thirteen series of photographs, outlines the basic attitudes to photography and documentary work apparent in the works. Addressing the current role of documentary photography from a historical perspective, the volume constitutes a major contribution to the ongoing discourse on documentary work. Its extensive bibliographies also make it an important a resource for further research. Moreover, since the majority of the photographs come from the Museum Ludwig’s holdings, the catalogue acts as a reevaluation of its collection.

The exhibition is supported by the Peter und Irene Ludwig Stiftung.