The first retrospective in 25 years of work by Garry Winogrand brings together more than 175 of the artist's iconic images, a trove of unseen prints, and even Winogrand's famed series of photographs made at the Metropolitan Museum in 1969 when the Museum celebrated its centennial. 'Provenance' by Amie Siegel focuses on the furniture designed by the Swiss architect Pierre Jeanneret for the buildings of Chandigarh, the controversial modernist city in India. 'Sol LeWitt's 1982 Wall Drawing #370' features ten geometric figures with three-inch parallel bands of lines in two directions. 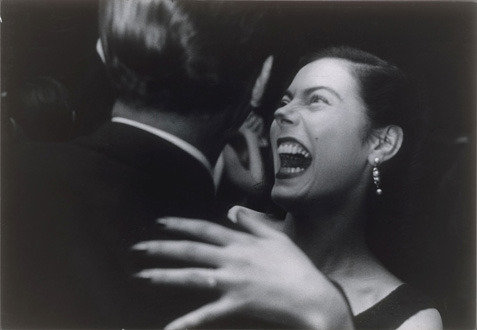 The first retrospective in 25 years of work by Garry Winogrand (1928–1984)—the renowned photographer of New York City and of American life from the 1950s through the early 1980s—will open at The Metropolitan Museum of Art on June 27, 2014. Garry Winogrand brings together more than 175 of the artist's iconic images, a trove of unseen prints, and even Winogrand’s famed series of photographs made at the Metropolitan Museum in 1969 when the Museum celebrated its centennial. This exhibition offers a rigorous overview of Winogrand's complete working life and reveals for the first time the full sweep of his career.

The exhibition is organized by the San Francisco Museum of Modern Art and the National Gallery of Art, Washington. The international tour is sponsored by the Terra Foundation for American Art. Leadership support is provided by Randi and Bob Fisher.

Additional support is provided by the Blavatnik Family Foundation and The Daniel and Estrellita Brodsky Foundation.

Born in the Bronx, Winogrand did much of his best-known work in Manhattan during the 1950s and 1960s, and in both the content and dynamic style he became one of the principal voices of the eruptive postwar decades. Known primarily as a street photographer, Winogrand, who is often associated with famed contemporaries Diane Arbus and Lee Friedlander, photographed with dazzling energy and incessant appetite, exposing some 26,000 rolls of film in his short lifetime. He photographed business moguls, everyday women on the street, famous actors and athletes, hippies, politicians, soldiers, animals in zoos, rodeos, car culture, airports, and antiwar demonstrators and the construction workers who beat them bloody in view of the unmoved police. Daily life in America—rich with new possibilities and yet equally anxiety-ridden and threatening to spin out of control—seemed to unfold for him in a continuous stream.

Yet if Winogrand was one of New York City’s premier photographers, he was also an avid traveler. He generated exquisite work from locations around the United States including Los Angeles, San Francisco, Dallas, Houston, Chicago, and the open country of the Southwest. "You could say that I am a student of photography," he said, "and I am; but really I'm a student of America." Winogrand's expansive visual catalogue of the nation's evolving social scene has led to comparisons to Walt Whitman, who also unspooled the world in endless lists of people, places, and things.

Winogrand's pictures often bulge with 20 or 30 figures, and are fascinating both for their dramatic foregrounds and the sub-events at their edges. Even when crowded with people or at their most lighthearted—he was fond of visual puns and was drawn to the absurd—his pictures convey a feeling of human isolation, hinting at something darker beneath the veneer of the American dream. Early on, some critics considered his pictures formally "shapeless" and "random," but admirers and critics later found a unique poetry in his tilted horizons and his love of the haphazard.

“Winogrand was an artistic descendant of Walker Evans and Robert Frank, but differed sharply from them,” says Leo Rubinfien, guest curator of the exhibition. “He admired Frank’s The Americans, but felt the work missed the main story of its time, which in his mind was the emergence of suburban prosperity and isolation. The hope and buoyancy of middle-class life in postwar America is half of the emotional heart of Winogrand’s work. The other half is a sense of undoing. The tension between these qualities gives his work its distinct character.”

After serving in the military as a weather forecaster, Winogrand began working as a photographer while studying painting on the G.I. Bill at Columbia University (1948–51). During that time, he also studied briefly with Alexey Brodovitch at the New School for Social Research. While pursuing his personal work, he supplied commercial photographs to a number of general-interest magazines such as Life, Look, Sports Illustrated, Collier's, and Pageant, which were then at the height of their power and reach. His career was shaped further by the decline of those magazines and the rise of a new culture of photography centered in the art world.

While Winogrand is widely considered one of the greatest photographers of the 20th century, his overall body of work and influence on the field remain incompletely explored. He was enormously prolific but largely postponed the editing and printing of his work. The act of taking pictures was far more fulfilling to Winogrand than making prints or editing for books and exhibitions, and he often allowed others to perform these tasks for him. Dying suddenly at the age of 56, he left behind approximately 6,500 rolls of film (some 250,000 images) that he had never seen, as well as proof sheets from his earlier years that he had marked but never printed.

The exhibition is divided into three parts, each covering a broad variety of subjects found in Winogrand’s art. “Down from the Bronx” presents photographs made in New York from his start in 1950 until 1971; “A Student of America” looks at the same period during journeys outside New York; and “Boom and Bust” addresses Winogrand’s late work—from when he moved away from New York in 1971 until his death in 1984—with photographs from Texas and Southern California, as well as Chicago, Washington, Miami, and other locations.

Curatorial Credits
The exhibition has been conceived and guest-curated by photographer and author Leo Rubinfien with Erin O’Toole, associate curator of photography at SFMOMA, and Sarah Greenough, senior curator of photographs at the National Gallery of Art. The Metropolitan Museum of Art’s presentation of the exhibition is organized by Jeff L. Rosenheim, Curator in Charge of the Museum’s Department of Photographs.

Related Publication and Programs
The exhibition catalogue (448 pages; $85 hardcover, $50 softcover) is published by SFMOMA in association with Yale University Press.

Education programs include a Sunday at the Met on June29; a series of exhibition tours; a gallery talk with a contemporary photographer on July 25; a two-day workshop on July 12 and 19 that will use the exhibition as a catalyst for exploring techniques for photographing scenes and portraits "on the street"; and an eight-day art, photography, and blogging workshop for teens, focusing on images and reflections of New York City.

For the past decade and a half, Amie Siegel (American, born 1974) has worked between film, installation, photography, and performance, questioning the tropes of cinematic forms. Siegel's three-part installation, Provenance, will be shown in its entirety for the first time at the Metropolitan Museum. Provenance is a touchstone in Siegel's work, with its accumulative, cinematic representation of economic and political cycles. The work enacts a slow reveal over multiple parts, stripping back the layers of patrimony that influence the cultural value of objects to ask a broad set of contemporary questions about the speculative markets of art and design.

Provenance focuses on an emblem of mid-century modernist design—the furniture designed by the Swiss architect Pierre Jeanneret for the buildings of Chandigarh, the controversial modernist city in India. Beginning with the furniture's present circumstances as decoration in wealthy homes, the work then traces the furniture's journey in reverse chronology through warehouses, on display at American and European auctions, at a furniture restorer's, on a cargo ship, and, finally, back to their origins in Chandigarh. In their original context, these prized pieces function as everyday office furniture. Their migration as the spoils of modern design discloses the gulf between disparate settings, mapping the undercurrents of larger movements of capital. On view with the video, Provenance, are two works that complete the project: Lot 248 (2013), a film that documents the frenzy around the auction of Provenance at Christie's in London, and Proof (Christie's 19 October, 2013) (2013), the printer's proof of the Christie's auction catalogue paper for Provenance embedded in Lucite.

Sol LeWitt’s 1982 Wall Drawing #370: Ten Geometric Figures (including right triangle, cross, X, diamond) with three-inch parallel bands of lines in two directions will be installed at The Metropolitan Museum of Art this summer. Over a period of four weeks, five drafters will prepare the 10 geometric figures set within squares that comprise the work. The drawing will be on view in its complete state beginning June 30, 2014, and will remain on view through September 7, 2015, when it will be painted over.

The loan of Wall Drawing #370 is Courtesy of The Estate of Sol LeWitt. The installation is made possible by The Modern Circle.

Although LeWitt executed drawings by hand throughout his life, in 1968 he extricated his work from the confines of the frame and transferred it directly to the wall. The wall compositions were designed for limited duration and maximum flexibility within a broad range of architectural settings. Painstakingly executed by drafters, most of these works were eventually destroyed. A seminal practitioner of Conceptual Art, LeWitt emphasized the creative idea that generates a work of art, as opposed to the work’s material existence. “For each work of art that becomes physical,” he wrote, “there are many variations that do not.”

His radical notions about art as immaterial and impermanent have helped to alter our expectations of art as well as our ideas about what art is and the forms it does or does not take. He has made wall drawings in a variety of media—from ethereal, grid-based compositions in graphite and colored pencil to bold undulations in acrylic paint—and sculptures that include open, modular structures in wood or metal; concrete block constructions on a monumental scale; and brilliantly colored fiberglass forms.

On display across from Wall Drawing #370 will be LeWitt’s Composite Series (1970)—a group of five silkscreens that are among the first abstract prints made by the artist. The prints are based on his early ink drawings and plans for wall drawings. Within a square format, the artist deployed his basic formal vocabulary of straight lines in four directions—horizontal, vertical, and opposing diagonals—and in the three primary colors plus black. Once introduced, these elements are subdivided within the square and superimposed in a rational progression to create delicate and increasingly complex linear networks. The final silkscreen in the Composite Series logically summarizes the previous four with all possible line and color combinations.

Additional Credits and Related Information
The installation is coordinated by Marla Prather, Curator in the Department of Modern and Contemporary Art at The Metropolitan Museum of Art. The work will be installed by Brianne Doak, Sarah Heinemann, Gabriel Hurier, Krysten Koehn, and Tim Wilson.