Borrowing its title from a 1976 film-essay by French directors Jean-Luc Godard, Jean-Pierre Gorin, and Anne-Marie Mieville, the exhibition brings together forty-five artists from over twelve countries, many of whom live and work internationally, featured contemporary art from and about the Arab world. 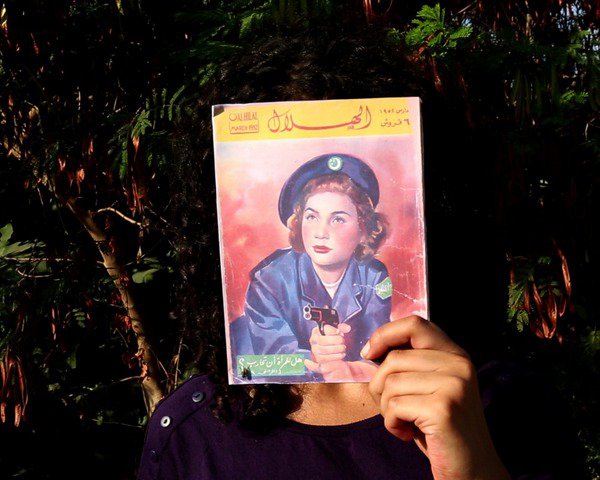 New York, NY... Beginning July 16, the New Museum will present “Here and Elsewhere,” the first museum-wide exhibition in New York City to feature contemporary art from and about the Arab world. The exhibition brings together forty-five artists from over twelve countries, many of whom live and work internationally. In keeping with the New Museum’s dedication to showcasing the most engaging new art from around the globe, “Here and Elsewhere” is the most recent in a series of exhibitions that have introduced urgent questions and new aesthetics to American audiences.

“This exhibition continues the New Museum’s commitment to looking at art from beyond the confines familiar to the New York art world,” said Massimiliano Gioni, Associate Director and Director of Exhibitions. “‘Here and Elsewhere’ brings new works and new voices to our audiences, presenting many artists who are showing in New York for the first time.”

The exhibition borrows its title from a 1976 film-essay by French directors Jean-Luc Godard, Jean-Pierre Gorin, and Anne-Marie Miéville. Their film, Ici et ailleurs [Here and Elsewhere], was initially conceived as a pro-Palestinian documentary, but evolved into a complex reflection on the ethics of representation and the status of images as instruments of political consciousness.

Taking inspiration from Godard, Gorin, and Miéville’s film—which has had a strong impact on an entire generation of artists in various Arab countries—“Here and Elsewhere” pays particular attention to the position and role of the artist in the face of historical events. Through different methodologies, an unconventional form of lyrical documentary and personal reportage emerges in works in which the artist is vested with the responsibility of revising dominant historical narratives. Other artists in the exhibition undertake experimental approaches to archival material, rewriting personal and collective traumas, and weaving fragments both real and imagined into their work. For others, traditional mediums like painting, drawing, and sculpture record subtle and intimate shifts in awareness, using images as tools for self- discovery, chronicles of current events, or registers of personal histories.

Combining pivotal and under-recognized figures with younger and midcareer artists, “Here and Elsewhere” works against the notion of the Arabic-speaking world as a homogenous or cohesive entity. Through the original and individualized practices of a multigenerational constellation of artists, the exhibition highlights works that often have conceptual or aesthetic references to the Arab world, yet extend well beyond. Emerging from the works of a particularly strong and diverse group of artists are less the contours of an “imagined geography”—to use the words of Edward Said—than new critical attitudes toward art and images that encourage us to look “elsewhere” in order to understand our “here.”

A reflection on what is at stake in the act of representation characterizes many of the works in the exhibition, as many artists reconsider the task of witnessing and chronicling social and political changes. In addition, a number of pieces on view initiate a reflection on images as sites of conflict or spaces of intimacy, while others develop a critique of media representation and propaganda.

Following the critical discussions that have animated contemporary art in recent years, the exhibition does not propose a fixed definition of Arab art or a distinctive regional style. Just as the show’s title calls attention to multiple places and perspectives, “Here and Elsewhere” highlights specific cities and art scenes while emphasizing the importance of dialogues that extend internationally. Further, the exhibition illuminates similar insights and affinities as well as dramatic differences, revealing multiple social and aesthetic landscapes rather than a fictional sense of unity.

“Here and Elsewhere” will be accompanied by a fully illustrated catalogue coedited with Negar Azimi and Kaelen Wilson-Goldie of Bidoun magazine, featuring roundtable discussions with artists as well as critical essays by scholars and critics.

Support
“Here and Elsewhere” is made possible by:
The Andy Warhol Foundation for the Visual Arts
Elham and Tony Salamé

Special thanks to The Standard, East Village.
Additional support provided by Patrick and May Merville and the Robert Mapplethorpe Photography Fund.
The exhibition publication is made possible by the J. McSweeney and G. Mills Publications Fund at the New Museum.

Image: Marwa Arsanios, Have You Ever Killed a Bear? Or Becoming Jamila, 2014 (still). Video, color, sound; 28 min. Courtesy the artist