'Picture/Painting/Object' brings together historical works from the ephemeral French Supports/Surfaces movement with several New York-based artists whose work is related to the concerns and methods of the movement. Jules Olitski's prolific and wide-ranging experiments in medium became his signature. 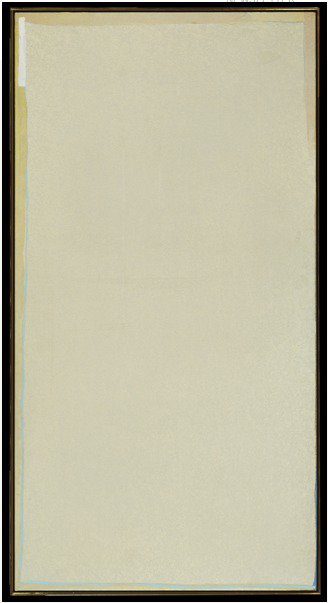 For the kickoff of the new gallery season Albert Baronian is pleased to present ‘Picture/Painting/Object’, a group exhibition bringing together historical works from the ephemeral French Supports/Surfaces movement with several New York-based artists whose work is related to the concerns and methods of the movement.

The exhibition will present early and more recent works from Claude Viallat, one of the founders and probably the most well-known artist of the movement who experimented with the ’surface’ by using unstretched canvas, printed fabrics and other often commercial materials (rugs, scarves, tablecloths, upholstery fabrics, recycled materials, industrial tarpaulins etc). In addition a number of 1973 works from Daniel Dezeuze will be included, who questioned the ‘support’ or the wooden stretcher bar by showing synthetic meshes existing out of painted and cut gauze, hanging from the wall as delicate ladders.

The returning of art to its essentials, which is to say the two constituent elements of conventional painting, while keeping the emphasis on touch and the handmade, is something which has been prominently reappearing over the past few years. Many artists are underlining the physical or real above the conceptual properties of painting or any other type of artwork. In order to interrogate the painting as a form, some utilize traditionally domestic techniques like weaving and tapestry, while others improvise with the concept of the picture-as-object.
Undeniably there are certain harmonics to be found between these types of art works, made of everyday materials and reflecting on the format of painting, and the artistic production in New York at the present moment.

Albert Baronian has been exhibiting Claude Viallat and Daniel Dezeuze several times since the first year of the gallery’s existence, in 1973, until more recently in 2004. Daniel Templon however was the first to exhibit various members of Supports/Surfaces since 1969 in Paris and Milan and he still pursues this collaboration. Simultaneously with ‘Picture/Painting/Object’ Daniel Templon will present Claude Viallat in Brussels and Daniel Dezeuze in Paris.

Albert Baronian is pleased to announce an exhibition of Jules Olitski (1922-2007), an American abstract painter and key member of the initial group of Color field painters. Known throughout his career for exploring new materials and techniques in painting, Jules Olitski’s prolific and wide-ranging experiments in medium became his signature.

Color field painting, which emerged in the United States in the 1950s, is characterized by pouring; staining or spraying thinned paint onto raw canvas, creating vast chromatic expanses. This is exemplified in the work of artists such as Helen Frankenthaler, Morris Louis, Kenneth Noland, Frank Stella and Jules Olitski, as was fiercely supported by art critic Clement Greenberg.

The four paintings on view here were made by Olitski between 1966 and 1974, a radically innovative period in the artist’s career. In the early 1960’s he pioneered using a spray gun to apply paint, laying down atmospheric blankets of colored spray on canvas, marked at first by barely discernible value changes near the edge of the picture. Referred to by scholars as « edge drawings », these works use the technique of offsetting monochrome fields with strokes of varying color at the margin. His intention was to create paintings that looked like « nothing but some colors sprayed into the air and staying there ».

A student in Paris from 1949 to 1951, Olitski was one of the few American painters from his generation to have learned something from Postwar European painting, including the School of Paris with painters such as Degottex and Fautrier. In his turn Olitski turned out to be influential for some of the French Supports/Surfaces artists, at least in the initial stage of the movement. One finds specific confirmation of this in Viallat’s memory of having been struck by an Olitski show in 1964.

Born in 1922 in Soviet Russia, Jules Olitski immigrated at an early age to the United States and received his bachelor's and master's degrees from New York University. Among his many honors, he represented the United States at the Venice Bienniale in 1966, he was the first living artist to have a solo exhibition at the Metropolitan Museum of Art in 1969, he was elected to the National Academy in 1993 and the American Academy of Arts and Letters in 2006. His work is in the collections of major public institutions, including The Metropolitan Museum of Art, the Museum of Modern Art, the Solomon R. Guggenheim Museum, the National Gallery of Art, and the Tate. Jules Olitski passed away in 2007.