The exhibition explores the often disquieting figure of the clown, which has made an "uncanny" career in recent years. Today clowns appear in a wide range of contexts including anti- advertisement, political activism , TV series, horror films, pop musicand in contemporary art. 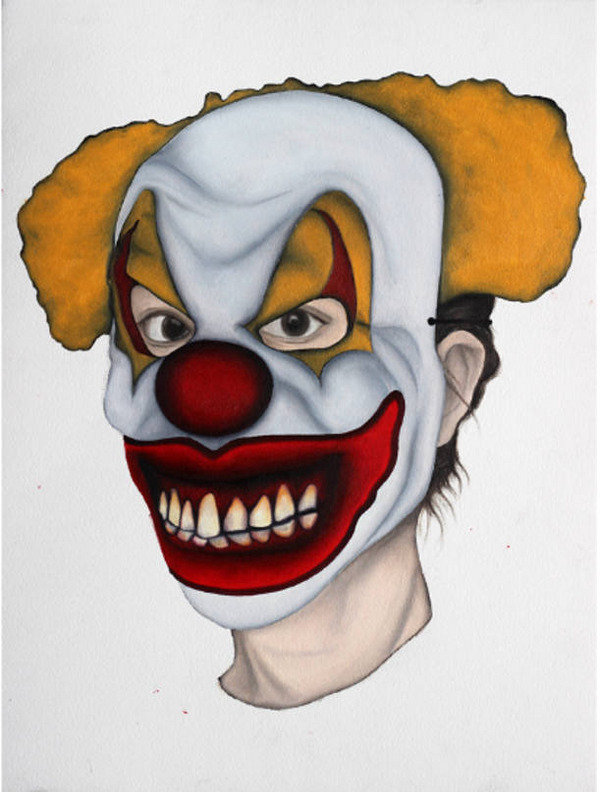 ‘Dangerous clowns are standing by the side of the road’, sang the Düsseldorf band Der Plan as early as 1979. The exhibition Evil Clowns explores the often disquieting figure of the clown, which has made an “uncanny” career in recent years. Today (evil) clowns appear in a wide range of contexts including (anti-)advertisement (Ronald McDonald and various spoofs), political activism (The Yes Men), TV series (Krusty in The Simpsons), horror films and Hollywood productions (Killer Clowns from Outer Space; Pennywise in Stephen King’s It; the Joker as Batman’s opponent), pop music (Der Plan, The Residents) and in contemporary art. The masked jester makes us laugh – but behold: There’s Nothing Funny About a Clown in the Moonlight (Lon Chaney). This was again demonstrated recently by the Northampton Clown. The international exhibition Evil Clowns at Hartware MedienKunstVerein explores this ambivalent character. ’Send in the clowns!’ (Frank Sinatra)

As part of the exhibition Evil Clowns HMKV cooperates with
Jeu de Paume in Paris, who have commissioned new work by Constant Dullaart (NL).

The Cacophony Society selection was curated by Marie Lechner.

On the occasion of the exhibition a book will be published in January 2015 containing essays by Inke Arns, Mark Dery, Judith Funke and Marie Lechner.

Program Tips: On Saturday, 27 September 2014 the 14th Dortmund DEW21 Museum Night will take place. On this day the Dortmunder U will open only at 4 pm.

Supported by the Art Foundation of NRW (Kunststiftung NRW).