Out of the blue - A sense of public-mindedness. The jubilee edition of the International Exhibition Muslim Mulliqi brings together 32 artists selected from a national open call together with invited international artists. 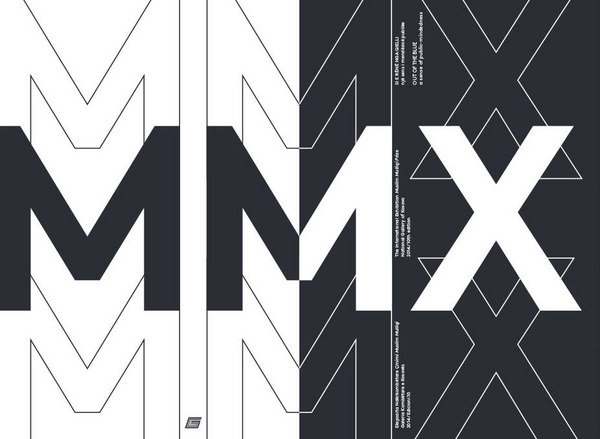 "Ill-informed anyone who would announce himself his own contemporary, deserting, usurping with equal impudence, when the past ceased and when a future is slow to come, or when both are mingled perplexedly to cover up the gap."
–Stéphane Mallarmé (1)

The National Gallery of Kosovo is pleased to present the jubilee edition of the International Exhibition Muslim Mulliqi curated by Corinne Diserens, bringing together 32 artists selected from a national open call together with invited international artists.

In 1897, Stéphane Mallarmé (1842–1898) published the essay "Limited Action" ("L'Action restreinte") in Divagations, where he describes the limits and the concentration of poetic action, no longer claiming to operate directly in the political arena or even to set himself up as a moral conscience. He could talk about the world, give it a verbal equivalent, but he could not change it. His activity, however, is far from contemplative. He carries out an action in a "restricted" but boundless realm which does not belong to him but which he can re-evaluate and even redefine. This is the realm of language and languages.

Art historian and art critic Jean-François Chevrier, curator of the seminal exhibition and book L'Action restreinte. L'art moderne selon Mallarmé (2), argues that the effects of Mallarméan poetics cannot be reduced to the myth or the legend of a poet in search of the absolute, even if this image benefits from a long tradition invented by the 19th century in the flush of the first Romanticism. The effect of this poetics depends above all on its extraordinary openness, of which modernist theory represents only a limited interpretation. The force of Mallarmé's poetics has been to reveal, after the great Romantic explosion, a tension between the idea and actuality. This tension is only partially reflected in the opposition between the ideal and the daily. Mallarméan actuality is a criticism of the daily and of the présence à soi.

In the wake of Mallarmé's journey that cut across the history of modern art and left aside the traditional antagonisms between formal innovation and political effectiveness, the exhibition OUT OF THE BLUE, a sense of public-mindedness brings together artists exploring understandings of narrative and allegory, reflections on historiography and political narration, and beliefs in the significance of individual agency in the historical struggle.

The selected artworks and new productions are shown in dialogue with the historical perspective and actualization of three exceptional tapestries by Swedish-Norwegian artist Hannah Ryggen (1894–1970) (3): ETIOPIA (Ethiopia, 1935) (4), DRØMMEDØD (Death of Dreams, 1936) (5), and JUL KVALE (1956) (6), reflecting on them as a catalysts for exploring the deep-seated influence of fascism both in past and present Europe, and for examining possible artistic resistance. In doing so, the exhibition also explores how artistic procedures can transcend the division between fine and applied arts, establishing a new continuity between traditionally separated spaces: the studio, the domestic environment, the stage, on a human or reduced scale. According to Marta Kuzma, author of dOCUMENTA 13 notebook Hannah Ryggen, the artist, "with a sense of public-mindedness, completed her tapestries around political themes marking a shift away from a general treatment of tapestry as a mere applied art form that conventionally effaced politics to convey with a sense of authenticity, immediacy, and contingency, the unfolding of a precarious socio-political landscape of her time."

The exhibition is accompanied by a program of lectures and film projections. In collaboration with the International Documentary and Short Film Festival DokuFest in Prizren, August 22 and 23 evenings will be dedicated to the screening of three exceptional films by Iranian filmmaker Kimiavi Parviz: P like Pelican (1976), The Stone Garden (1976), and The Mongols (1973). To celebrate the closing of the exhibition, day and evening film screenings will take place from September 2 to September 5 in Pristina.

With the support of Ministry of Culture of the Republic of Kosovo / Raiffeisen Bank / Norwegian Embassy / Embassy of Switzerland / Embassy of Austria / Embassy of France / Embassy of Belgium / Flanders state of art / Technomarket / erg, école supérieure des arts, bruxelles

(1) Stéphane Mallarmé, "Limited Action," translated from the French by Mary Ann Caws, first published in Stéphane Mallarmé. Selected Poetry and Prose, New York: New Directions, 1982, 107-10. http://www.macba.cat/global/exposiciones/docs/utopia/mallarme_eng.pdf
(2) Jean-François Chevrier, L'Action restreinte. L'art moderne selon Mallarmé, Paris: Musée des beaux-arts de Nantes / Hazan, 2005.
(3) Hannah Ryggen was born in Malmø, Sweden, in 1894, but lived most of her life on a small farm in Ørland, Norway, and was married to the Norwegian painter Hans Ryggen. Trained as a teacher, Ryggen studied painting under the Danish painter Fredrik Krebs. A self-taught weaver, she had a solo exhibition at Moderna Museet in Stockholm in 1962 and was exhibited at the 1964 Venice Biennale. She died in Trondheim in 1970.
(4) As a reaction to the Italian assault on Ethiopia, the tapestry was the first of a series made by Ryggen out of spontaneous sympathy with the people subjected to encroachment, "an improvised tapestry made in a hurry" (H.R.). The top frieze with rows of weapons and hands shows a black chief, the Italian ambassador to Ethiopia with mustachios, the Ethiopian emperor Haile Selassie, and Italian dictator Mussolini with his head pierced by a black warrior's spear. When it was shown at the World Exhibition in Paris in 1937, it was considered a threat to the good relations between France and Italy, and the organizers covered up Mussolini's head. Ryggen was not informed about this until afterwards, and when the tapestry was going to be shown again in New York in 1939, she wondered if it was going to be censored again. It was not.
(5) The political situation was very unstable in many European countries in the mid-1930s and the newspapers reported about German concentration camps where the prisoners were tortured. In the top centre, a half-dead prisoner is in the clutches of Hitler, Göring and Goebbels. The naked feet of this tortured prisoner are hanging in front of the bottom centre field of swastikas. Prisoners are being kept behind gratings. To the right is standing a man with the features of Albert Einstein with a violin. The man with handcuffs in the top left is the German pacifist and Nobel price Carl von Ossietzky.
(6) Not everybody in Norway was happy with the country's membership in the NATO alliance. In Oslo one of the employees at the municipality, Jul Kvale, stood forth and loudly gave his opinion on the North Atlantic Treaty Organization. He was one of the first in the country to express resistance against an armed alliance.