A foremost figure in contemporary Flemish photography. He selects, distorts and sculpts everything he sees. His images, which have story-telling value, are never a direct representation of reality. 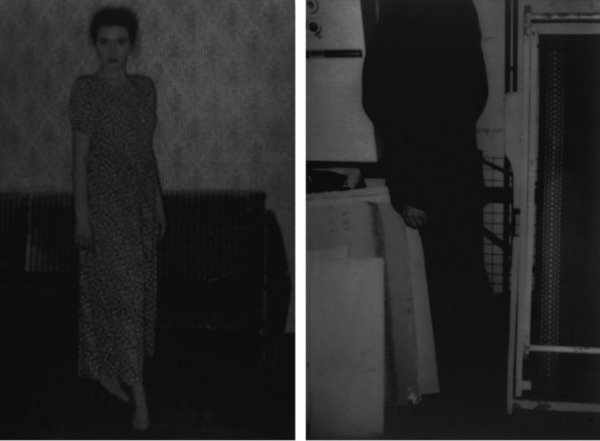 "Photography is, for me, an almost obsessive attempt to scan, in my own way, everything around me, everything I meet, driven by the desire to give order to chaos. With or without a camera." DB

LE BAL is pleased to present the first major exhibition in France of Dirk Braeckman, a foremost figure in contemporary Flemish photography.

At first view, Dirk Braeckman makes photographs in the simplest possible way: he doesn't go in search of remarkable subjects or extraordinary places but photographs whatever happens to be there, using a 35mm camera, often from a frontal perspective and at eye level. Yet his images, which have little narrative content or story-telling value, are never a direct representation of reality.

Dirk Braeckman selects, rejects, distorts and sculpts everything he sees. And suddenly nothing is as it seems. Bathroom tiles, the corner of a bed, a strip of wallpaper, the most mundane object comes alive, fills space, becomes palpable. A satin bed sheet glows, a Formica tabletop exults.

The heightened sensuality of this inert world ties in with the tactile quality of the print itself, further heightened by the use of matt paper and extreme refinement in the shades of grey. Many shades of grey. Pearl grey, coal grey, silver grey, lizard grey, platinum grey, phoenix grey, slate grey, Lisbon grey, clock grey, moon grey… the infinite palette of a single colour.

Born in 1958, Eeklo (Belgium), Dirk Braeckman lives and works in Gent (Belgium). He chooses subjects of abandoned spaces and deserted rooms, often indoors, body parts, surfaces of desks, walls, beds, textile, and indistinct surfaces from which he discloses the sensuality.
Fragments are enlarged and take up the dimension of an all-embracing still life. By direct attention for the detail and the indistinct and vague contours, he aims at catching a pure and essential, universal and anonymous image.
The pictures are diaphanous yet suggestive: one recognizes a personal narrative behind the large, unframed, black and white, but mainly grey photos.